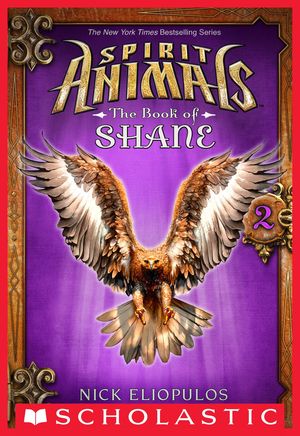 Nick Eliopulos - Spirit ​Animals: The Book of Shane 2.
This ​trilogy of e-shorts shines a light on one of the most compelling--and dangerous--villains of the NEW YORK TIMES bestselling series. Now and then, to accomplish something great, you have to do something bad. Shane intends to end the conflict that's devastating Erdas... and to achieve that, he's just done something very bad. While returning home from a fateful victory, the young Conqueror discovers he's being pursued, and must seek cover in a war-torn jungle. But the forest holds dangers of its own, and before long Shane is fighting for his life. If he's going to win this war, Shane will need to outmaneuver a deadly pursuer -- and his own guilty conscience. 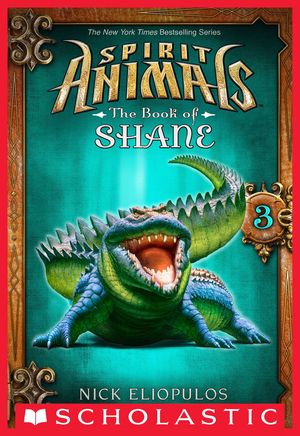 Nick Eliopulos - Spirit ​Animals: The Book of Shane 3.
This ​trilogy of e-shorts shines a light on one of the most compelling--and dangerous--villains of the NEW YORK TIMES bestselling series. The war is over and Erdas is rebuilding. It seems everyone is celebrating a new age of peace. Everyone except Shane. Shane wants revenge. The young Conqueror is on the hunt, tracking a target who knows his every move before it happens. He's closing in on his prey -- but the closer Shane gets, the more he begins to see patterns in the shadows. Shane can sense a trap is waiting. He's being led down a path that he may not be able to return from. Will he abandon his quest for vengeance . . . or follow it into the darkness? 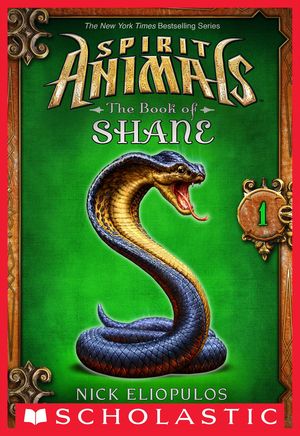 Nick Eliopulos - Spirit ​Animals: The Book of Shane 1.
This ​trilogy of e-shorts shines a light on one of the most compelling--and dangerous--villains of the NEW YORK TIMES bestselling series. There are two sides to every story. Throughout their quest to save the world, Conor, Abeke, Meilin, and Rollan have faced off against a brutal enemy force: the Conquerors. Their vicious tactics have toppled countries and devastated families. Shane is a Conqueror. A boy himself, he's been both a mysterious friend and cunning foe to the heroes--with a past more complicated than any of them realized. Now Shane's story will finally be told . . . and history will be written by the victors. 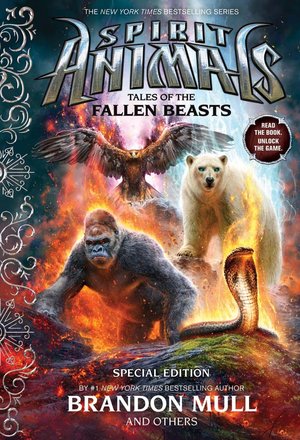 Brandon Mull - Emily Seife - Nick Eliopulos - Gavin Brown - Billy Merrell - Tales ​of the Fallen Beasts
All ​across the world, legends are appearing.Great Beasts -- once the most powerful beings in Erdas -- are being summoned as spirit animals. Bonded to special kids, they unite the human and animal worlds. But a mysterious stranger is hunting these legends, just as they are reborn, and he's crushing anyone who stands in his way. These are the stories of those stolen legends, and of the young heroes who will stop at nothing to get them back. These are the Tales of the Fallen Beasts 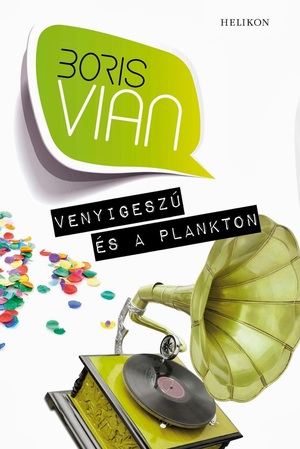