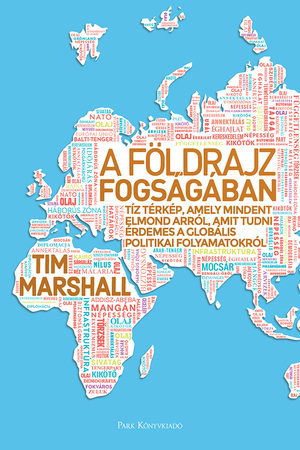 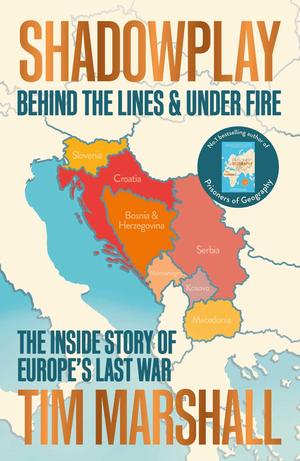 Shadowplay: ​Behind the Lines and Under Fire Tim Marshall
0

Tim Marshall - Shadowplay: ​Behind the Lines and Under Fire
A ​gripping eyewitness account of a major 20th-century military conflict by the UK's most popular writer on geopolitics The shattering of Yugoslavia in the 1990s showed that, after nearly 50 years of peace, war could return to Europe. It came to its bloody conclusion in Kosovo in 1999. Tim Marshall, then diplomatic editor at Sky News, was on the ground covering the Kosovo War. This is his illuminating account of how events unfolded, a thrilling journalistic memoir drawing on personal experience, eyewitness accounts, and interviews with intelligence officials from five countries. Twenty years on from the war's end, with the rise of Russian power, a weakened NATO and stalled EU expansion, this story is more relevant than ever, as questions remain about the possibility of conflict on European soil. Utterly gripping, this is Tim Marshall at his very best: behind the lines, under fire and full of the insight that has made him one of Britain's foremost writers on geopolitics.

Worth ​Dying For Tim Marshall
1

Tim Marshall - Worth ​Dying For
When ​you see your nation's flag fluttering in the breeze, what do you feel? For thousands of years flags have represented our hopes and dreams. We wave them. Burn them. March under their colours. And still, in the 21st century, we die for them. Flags fly at the UN, on the Arab street, from front porches in Texas. They represent the politics of high power as well as the politics of the mob. From the renewed sense of nationalism in China, to troubled identities in Europe and the USA, to the terrifying rise of Islamic State, the world is a confusing place right now and we need to understand the symbols, old and new, that people are rallying round. In nine chapters (covering the USA, UK, Europe, Middle East, Asia, Africa, Latin America, international flags and flags of terror), Tim Marshall draws on more than twenty-five years of global reporting experience to reveal the histories, the power and the politics of the symbols that unite us - and divide us.

Tim Marshall - Divided
Tim ​Marshall, the New York Times bestselling author of Prisoners of Geography, analyzes the most urgent and tenacious topics in global politics and international relations by examining the borders, walls, and boundaries that divide countries and their populations. The globe has always been a world of walls, from the Great Wall of China to Hadrian's Wall to the Berlin Wall. But a new age of isolationism and economic nationalism is upon us, visible not just in Trump's obsession with building a wall on the Mexico border or in Britain's Brexit vote but in many other places as well. China has the great Firewall, holding back Western culture. Europe's countries are walling themselves against immigrants, terrorism, and currency issues. South Africa has heavily gated communities, and massive walls or fences separate people in the Middle East, Korea, Sudan, India, and other places around the world. In fact, at least sixty-five countries, more than a third of the world's nation-states, have barriers along their borders. There are many reasons why walls go up, because we are divided in many ways: wealth, race, religion, and politics, to name a few. Understanding what is behind these divisions is essential to understanding much of what's going on in the world today. As with Marshall's first two books, The Age of Walls is a brisk read, divided by geographic region. He provides an engaging context that is often missing from political discussion and draws on his real life experiences as a reporter from hotspots around the globe. He examines how walls (which Marshall calls "monuments to the failure of politics"), borders, and barriers have been shaping our political landscape for hundreds of years, and especially since 2001, and how they figure in the diplomatic relations and geo-political events of today. 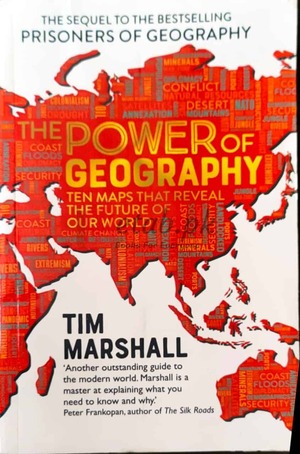 Tim Marshall - Power ​of Geography
*THE ​SUNDAY TIMES BESTSELLER* 'I can't imagine reading a better book this year’ Daily Mirror Tim Marshall's global bestseller Prisoners of Geography showed how every nation’s choices are limited by mountains, rivers, seas and concrete. Since then, the geography hasn’t changed. But the world has. In this revelatory new book, Marshall explores ten regions that are set to shape global politics in a new age of great-power rivalry: Australia, Iran, Saudi Arabia, the UK, Greece, Turkey, the Sahel, Ethiopia, Spain and Space. Find out why Europe’s next refugee crisis is closer than it thinks as trouble brews in the Sahel; why the Middle East must look beyond oil and sand to secure its future; why the eastern Mediterranean is one of the most volatile flashpoints of the twenty-first century; and why the Earth’s atmosphere is set to become the world’s next battleground. Delivered with Marshall’s trademark wit and insight, this is a lucid and gripping exploration of the power of geography to shape humanity’s past, present – and future. ‘Another outstanding guide to the modern world. Marshall is a master at explaining what you need to know and why.’ Peter Frankopan 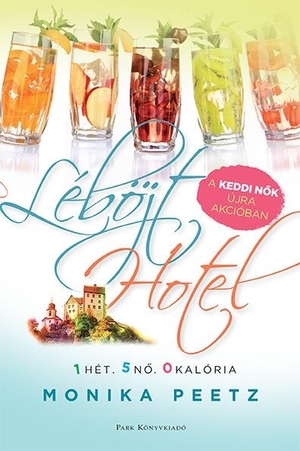