Hush, ​Hush is the story of Nora Grey, a studious sixteen-year-old girl from Coldwater, Maine. It has been a year since her father’s murder and she is not interested in much other than her schoolwork. Then she meets Patch, a bad boy—and fallen angel. Though unwisely attracted to him, Nora finds herself caught in a battle between the fallen and the immortal. Choosing the wrong side could cost Nora her life. 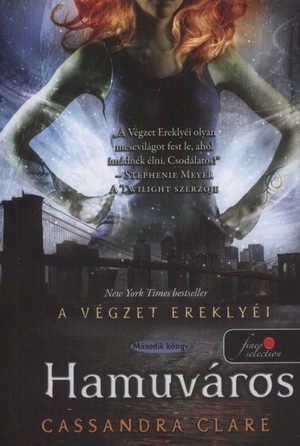 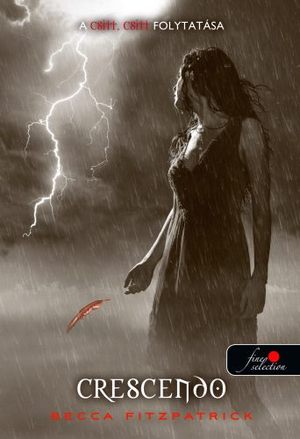 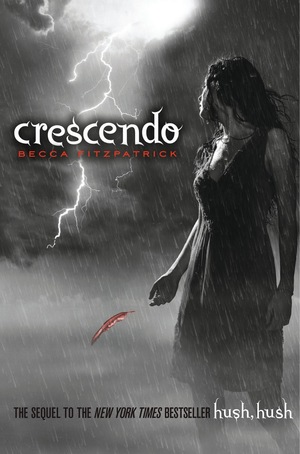 Becca Fitzpatrick - Crescendo ​(angol)
HUSH, ​HUSH SERIES BOOK 2: CRESCENDO Nora should have known her life was far from perfect. Despite starting a relationship with her guardian angel, Patch (who, title aside, can be described as anything but angelic), and surviving an attempt on her life, things are not looking up. Patch is starting to pull away and Nora can't figure out if it's for her best interest or if his interest has shifted to her arch-enemy, Marcie Millar. Not to mention that Nora is haunted by images of her father and she becomes obsessed with finding out what really happened to him that night he left for Portland and never came home. The further Nora delves into the mystery of her father's death, the more she comes to question if her Nephilim bloodline has something to do with it as well as why she seems to be in danger more than the average girl. Since Patch isn't answering her questions and seems to be standing in her way, she has to start finding the answers on her own. Relying too heavily on the fact that she has a guardian angel puts Nora at risk again and again. But can she really count on Patch or is he hiding secrets darker than she can even imagine? 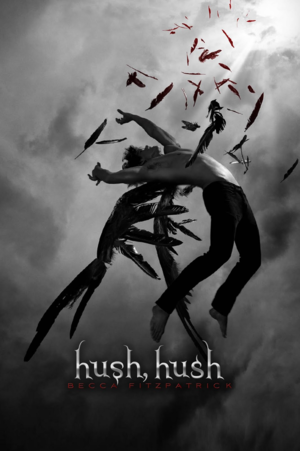 Becca Fitzpatrick - Hush, ​Hush
For ​Nora Grey, romance was not part of the plan. She's never been particularly attracted to the boys at her school, no matter how much her best friend, Vee, pushes them at her. Not until Patch came along. With his easy smile and eyes that seem to see inside her, Nora is drawn to him against her better judgment. But after a series of terrifying encounters, Nora's not sure who to trust. Patch seems to be everywhere she is, and to know more about her than her closest friends. She can't decide whether she should fall into his arms or run and hide. And when she tries to seek some answers, she finds herself near a truth that is way more unsettling than anything Patch makes her feel. For Nora is right in the middle of an ancient battle between the immortal and those that have fallen - and, when it comes to choosing sides, the wrong choice will cost her life. 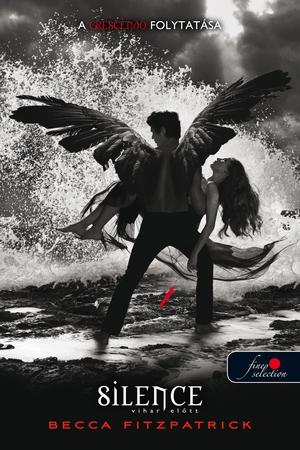 Thomas E. Sniegoski - The ​Fallen
Aaron ​Corbet isn't a bad kid — he's just a little different. On the eve of his eighteenth birthday, Aaron dreams of a darkly violent landscape. He can hear the sounds of weapons clanging, the screams of the stricken, and another sound he cannot quite decipher. But gazing upward at the sky, he suddenly understands. It is the sound of great wings, angels' wings, beating the air unmercifully as hundreds of armored warriors descend on the battlefield. Orphaned since birth, Aaron is suddenly discovering newfound — and sometimes supernatural — talents. But it's not until he is approached by two men that he learns the truth about his destiny, and his role as a liaison between angels, mortals, and Powers both good and evil, some of whom are hell-bent on his destruction.... 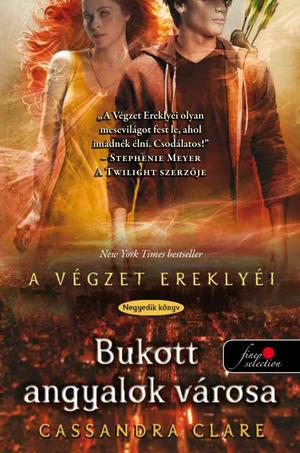 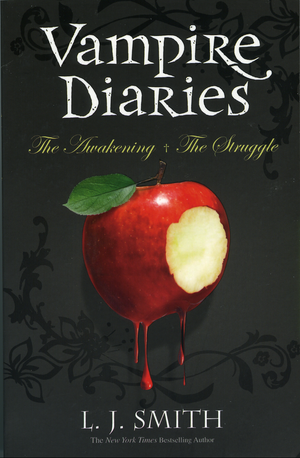 Lisa Jane Smith - The ​Awakening / The Struggle
Elena: ​the golden girl, the leader, the one who can have any boy she wants. Stefan: brooding and mysterious, he seems to be the only one who can resist Elena, even as he struggles to protect her from the horrors that haunt his past. Damon: sexy, dangerous, and driven by an urge for revenge against Stefan, the brother who betrayed him. Determined to have Elena, he'd kill to possess her. Collected here in one volume for the first time, volumes one and two of The Vampire Diaries, the tale of two vampire brothers and the beautiful girl torn between them. 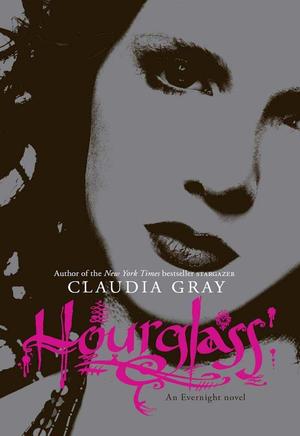 Claudia Gray - Hourglass
Bianca ​will risk everything to be with Lucas. After escaping from Evernight Academy, the vampire boarding school where they met, Bianca and Lucas take refuge with Black Cross, a fanatical group of vampire hunters. Bianca must hide her supernatural heritage or risk certain death at their hands. But when Black Cross captures her friend—the vampire Balthazar—hiding is no longer an option. Soon, Bianca and Lucas are on the run again, pursued not only by Black Cross, but by the powerful leaders of Evernight. Yet no matter how far they travel, Bianca can't escape her destiny. Bianca has always believed their love could survive anything . . . but can it survive what's to come? 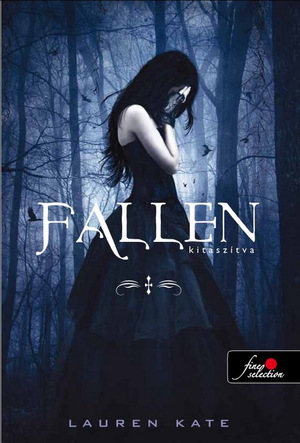 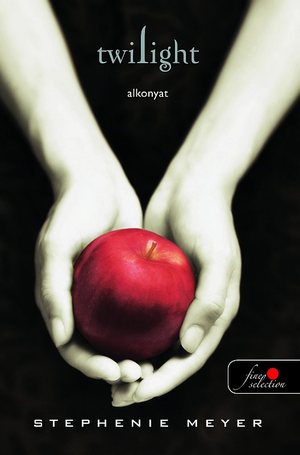 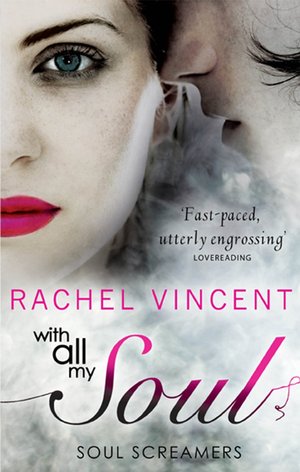 With ​All My Soul Rachel Vincent
0

Rachel Vincent - With ​All My Soul
What ​does it mean when your school is voted the most dangerous in America? It's time to kick some hellion butt... After not really surviving her junior year (does "undead" count as survival?), Kaylee Cavanaugh has vowed to take back her school from the hellions causing all the trouble. She's going to find a way to turn the incarnations of Avarice, Envy and Vanity against one another in order to protect her friends and finish this war, once and forever. But then she meets Wrath and understands that she's closer to the edge than she's ever been. And when one more person close to her is taken, Kaylee realizes she can't save everyone she loves without risking everything she has... 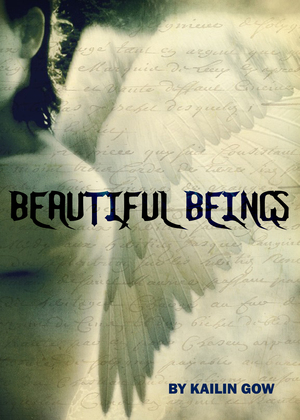 Kailin Gow - Beautiful ​Beings
An ​ethereal exclusive boarding school with unearthly beautiful students... Lux, a rebel girl, who has been seeing demons and angels since she was two... Asher, the bad boy on a motorcycle who sketches angels... Brax Kingsley who instantly captures Lux's eyes when she moves into the neighborhood... And the Hatchett twins whose parents were murdered, leaving them a ridiculous fortune... All brought together...all part of the puzzle behind the Beautiful Beings. A fantasy fiction based on mythology and inspired by the author's experience at age 19. 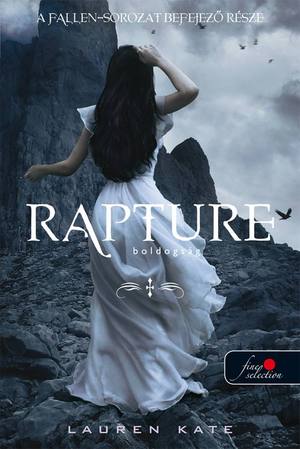 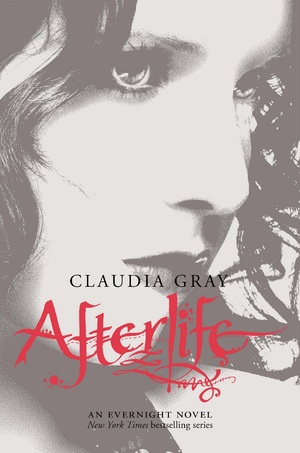 Claudia Gray - Afterlife
The ​fourth book in this electrifying vampire series has all the romance, suspense, and page-turning drama that have made Claudia Gray’s Evernight books runaway successes. Having become what they feared most, Bianca and Lucas face a terrifying new reality. They must return to Evernight Academy, Lucas as a vampire and Bianca as a wraith. But Lucas is haunted by demons, both personal and supernatural. Bianca must help him fight the evil inside him, combat the forces determined to drive them apart—and find the power to claim her destiny at last. Readers have fallen in love with Bianca and Lucas, and they will be thrilled to read this exciting conclusion to their romantic adventure. 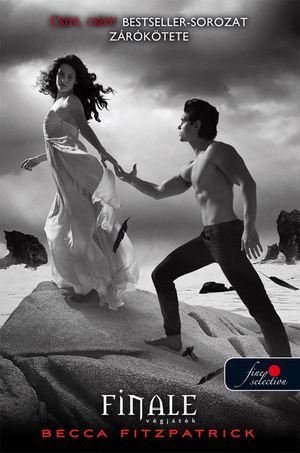 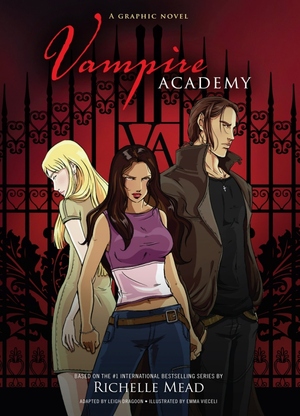 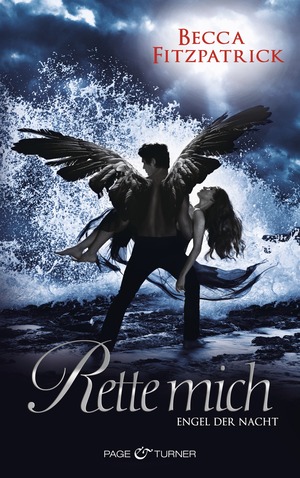