In ​the 15th Discworld fantasy novel, Terry Pratchett has fun with hard-boiled police procedurals and racial diversity programs. Captain Vimes is preparing to leave the Watch to marry Lady Sybil Ramkin when his attention is captured by the mysterious murders of a dwarf and a clown, an exploded swamp dragon, and the theft of a dangerously compelling weapon from the Assassin’s Guild. It all has something to do with an obsessed nobleman and yet another plot to restore the monarchy to the city of Ankh-Morpork, despite the fact that the rightful heir, the scrupulously honest Corporal Carrot, has no interest in being king. 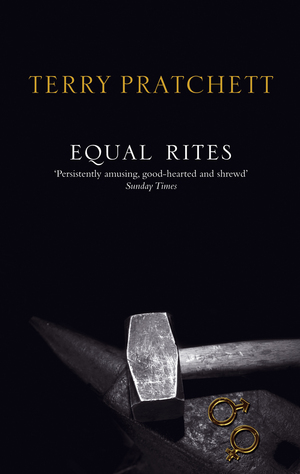 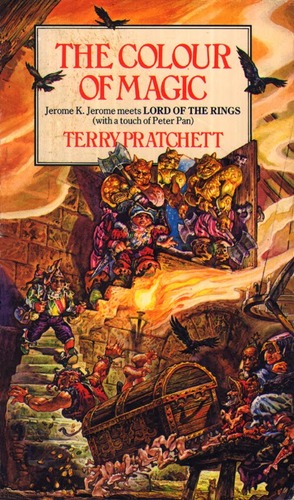 The ​Colour of Magic Terry Pratchett
11 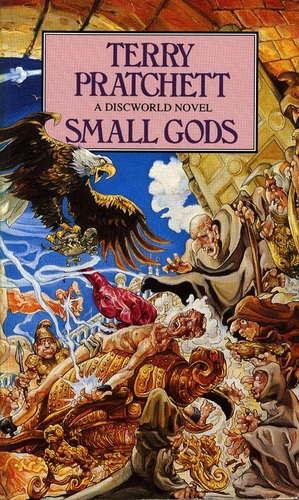 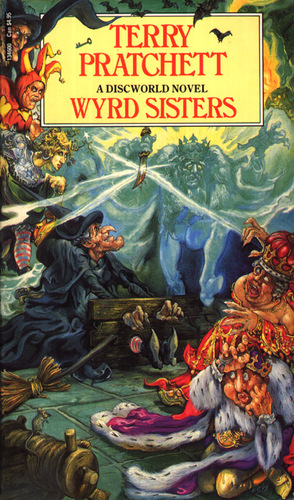 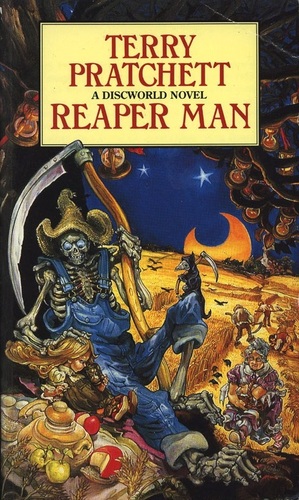 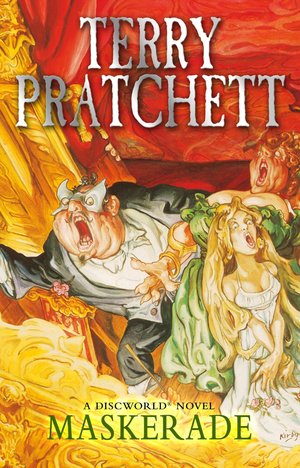 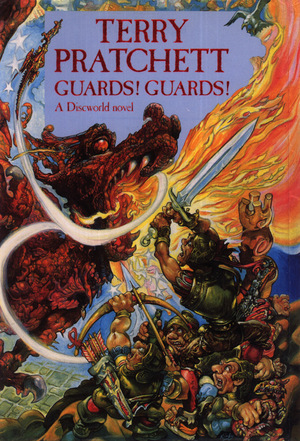 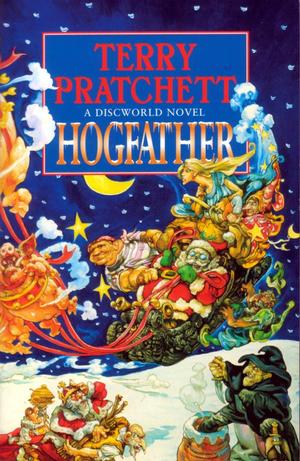 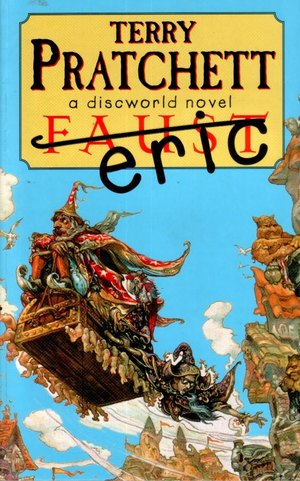 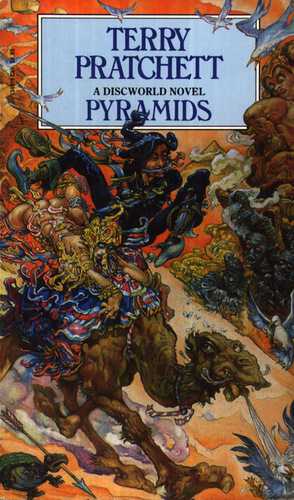 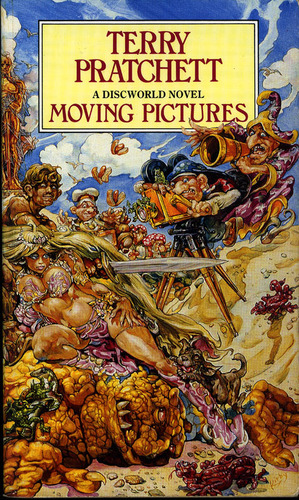 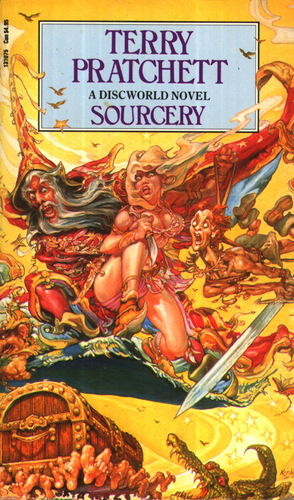 Terry Pratchett - Sourcery
Rincewind, ​the protagonist of the first two Discworld books, returns in book five of a long-running humorous fantasy series. In the Discworld, the eighth son of an eighth son is a wizard. When the wizard Ipslore the Red breaks his vow of celibacy and has children himself, his eighth son is a sourceror, capable of frighteningly powerful, reality-changing magic. It's up to cowardly and incompetent wizard Rincewind, aided by expert barbarian thief/aspiring hairdresser Conina, to save the Discworld (again) by confronting the sourceror…who, by the way, is a mere 10 years old. 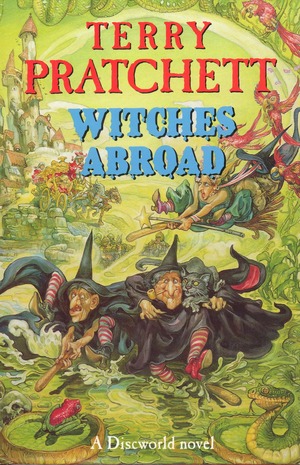 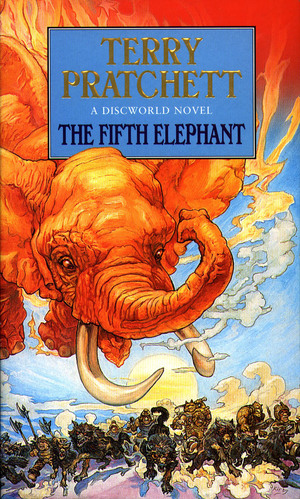 Terry Pratchett - The ​Fifth Elephant
Sam ​Vimes is a man on the run. Yesterday he was a duke, a chief of police and the ambassador to the mysterious fat-rich country of Uberwald. Now he has nothing but his native wit and the gloomy trousers of Uncle Vanya (don't ask). It's snowing. It's freezing. And if he can't make it through the forest to civilization there's going to be a terrible war. But there are monsters on his trail. They're bright. They're fast. They're werewolves - and the're catching up. 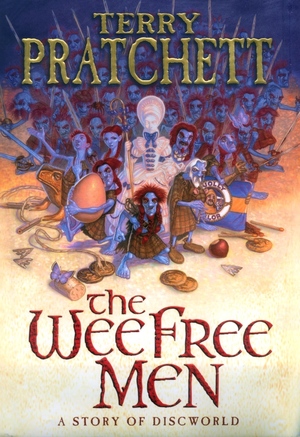 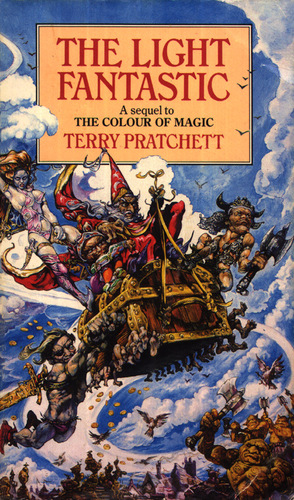 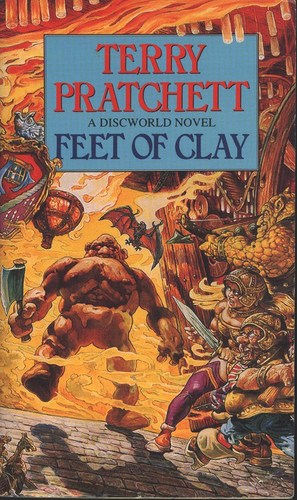 Terry Pratchett - Feet ​of Clay
There's ​a werewolf with pre-lunar tension in Ankh-Morpork. And a dwarf with attitude and a golem who's begun to think for itself. But for Commander Vimes, Head of Ankh-Morpork City Watch, that's only the start... There's treason in the air. A crime has happened. He's not only got to find out whodunit, but howdunit too. He's not even sure what they dun. But as soon as he knows what the questions are, he's going to want some answers. 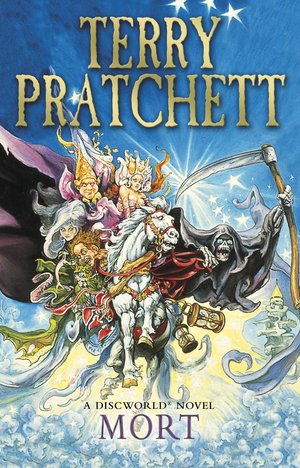 Terry Pratchett - Mort ​(angol)
Although ​the scythe isn't pre-eminent among the weapons of war, anyone who has been on the wrong end of, say, a peasants' revolt wil know that in skilled hands it is fearsome. For Mort however, it is about to become one of the tools of his trade. From henceforth, Death is no longer going to be the end, merely the means to an end. He has received an offer he can't refuse. As Death's apprentice he'll have free board, use of the company horse and being dead isn't compulsory. It's the dream job until he discovers that it can be a killer on his love life... 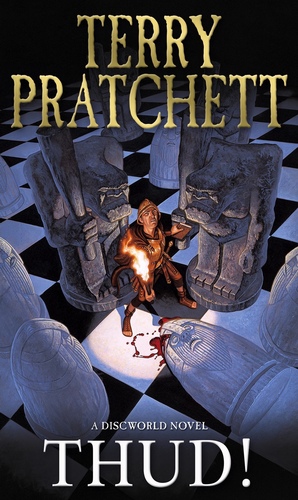 Terry Pratchett - Thud!
Koom ​Valley? That was where the trolls ambushed the dwarfs, or the dwarfs ambushed the trolls. It was far away. It was a long time ago. But if he doesn't solve the murder of just one dwarf, Commander Sam Vimes of Ankh-Morpork City Watch is going to see it fought again, right outside his office. With his beloved Watch crumbling around him and war-drums sounding, he must unravel every clue, outwit every assassin and brave any darkness to find the solution. And darkness is following him. Oh... and at six o'clock every day, without fail, with no excuses, he must go home to read Where's My Cow?, with all the right farmyard noises, to his little boy. There are some things you have to do. 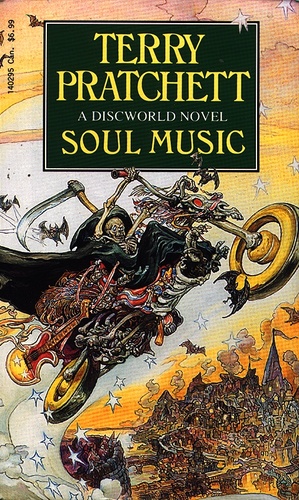 Terry Pratchett - Soul ​Music
"Other ​children got given xylophones. Susan just had to ask her grandfather to take his vest off." Yes. There's a Death in the family. It's hard to grow up normally when Grandfather rides a white horse and wields a scythe - especially when you have to take over the family business, and everyone mistakes you for the Tooth Fairy. And especially when you have to face the new and addictive music that has entered the Discworld. It's Lawless. It changes people. It's called Music with Rocks In. It's got a beat and you can dance to it, but ... It's alive. And it won't fade away.