Doctor ​Who: Sil and the Devil Seeds of Arodor

Sil ​is worried, very worried, which doesn’t keep his reptilian skin in the best condition! Confined in a cold detention cell on the Moon, awaiting a deportation hearing for trial over drugs offences on Earth, he faces a death sentence if the application is successful and he is found guilty. And his employers at the Universal Monetary Fund aren’t pleased either. Not at all.

As time runs out and friends desert him, Sil must use all of his devious, vile, underhanded, ruthless and amoral business acumen to survive.

Can he possibly slime his way out of this one?

This book has not been licensed or approved by the BBC or any of its affiliates.

The special edition is an A-format paperback release, sized and designed to fit in with the Target Doctor Who novelisations. It features a retro-art cover by Andrew-Mark Thompson, and includes an 8-page full colour section of photographs from the making of Sil and the Devil Seeds of Arodor.

Sil and the Devil Seeds of Arodor is written by Philip Martin, who created the character of Sil and wrote the original script for the film. 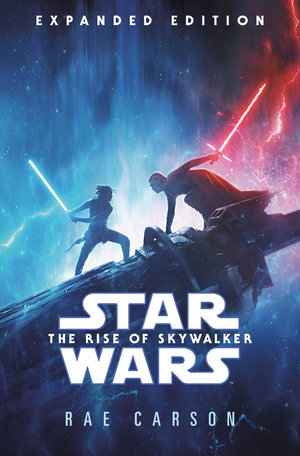 The ​Rise of Skywalker Rae Carson
1

Rae Carson - The ​Rise of Skywalker
Witness ​the epic final chapter of the Skywalker saga with the official novelization of Star Wars: The Rise of Skywalker, including expanded scenes and additional content not seen in theaters! The Resistance has been reborn. But although Rey and her fellow heroes are back in the fight, the war against the First Order, now led by Supreme Leader Kylo Ren, is far from over. Just as the spark of rebellion is rekindling, a mysterious signal broadcasts throughout the galaxy, with a chilling message: Emperor Palpatine, long thought defeated and destroyed, is back from the dead. Has the ancient Lord of the Sith truly returned? Kylo Ren cuts a swath of destruction across the stars, determined to discover any challenge to his control over the First Order and his destiny to rule over the galaxy—and crush it completely. Meanwhile, to discover the truth, Rey, Finn, Poe, and the Resistance must embark on the most perilous adventure they have ever faced. Featuring all-new scenes adapted from never-before-seen material, deleted scenes, and input from the filmmakers, the story that began in Star Wars: The Force Awakens and continued in Star Wars: The Last Jedi reaches an astounding conclusion. 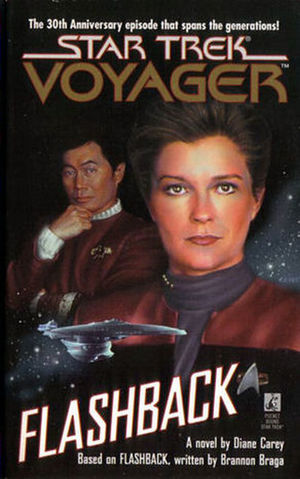 Diane Carey - Flashback
A ​hundred years before the Starship USS Voyager was transported to the Delta Quadrant, Lieutenant Tuvok served under one of Starfleet's most famous officers: Captain Hikaru Sulu of the Starship Excelsior. Now those days have come back to haunt him. While traveling through an uncharted nebula, Tuvok is besieged by recurring memories of his time with Captain Sulu – repressed memories that may well kill him unless their source is determined in time. To save her closest friend, Captain Kathryn Janeway follows Tuvok to the century-old bridge of the Excelsior during a desperate battle. There Tuvok, Captain Janeway, Captain Sulu and Commander Janice Rand must face a menace to galactic life unlike anything known before… After ​the Dark Max Allan Collins
0

Max Allan Collins - After ​the Dark
Secrets ​and betrayals, as the saga of Dark Angel continues! In a chaotic world where the lines between good and evil often blur, and violent anarchy and brutal repression become commonplace, secrets can be deadly. So when Max discovers a shattering truth that Logan has kept concealed from her for years, the betrayal threatens the very essence of their trust. Yet when Logan is kidnapped, all questions of truth and loyalty are cast aside. Max’s search will lead her to a familiar, menacing enemy—and back into the shadow of the Snake Cult, which waits for her with chilling anticipation. But the search will also lead her into wholly unexpected territory. Locked in the fight of her life, Max will discover a captive of the cult who can provide her with the one thing that has haunted her ever since she escaped from Manticore. . . . Diane Carey - The ​Search
The ​Dominion: The mysterious rulers of the worlds on the other side of the wormhole. The Dominion: a ruthless planet-conquering race unknown even to those they rule. The Dominion: the most dangerous foe the Federation may ever face. At the edge of the wormhole, the space station Deep Space Nine and the planet Bajor sit on what will be the front line in any Dominion attack. To try and prevent the conflict, Commander Benjamin Sisko and his crew take a never-tested Federation warship through the wormhole to track down and confront the Dominion. If Commander Sisko fails, not only the Federation, but the Klingons, Romulans, Cardassians, and all the worlds of the Alpha Quadrant will face an interstellar war they cannot win. 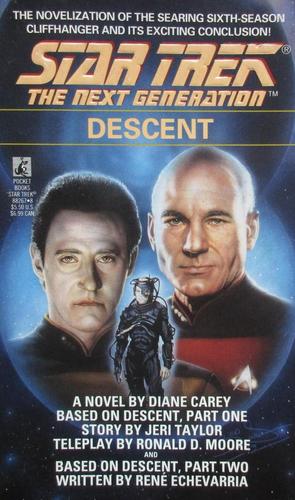 Diane Carey - Descent
The ​Borg are back – and nastier than ever. No longer mindless, inhuman drones but cyborg soldiers on a mission to assimilate all intelligent life, their new goal is the complete destruction of the Federation. And in the midst of facing the Borg again, Captain Picard learns that he may be the cause of the change. Commander Data is changing as well. For the first time in his life, Data feels a genuine emotion – and that emotion is deadly, destructive rage. When it is revealed that the Borg are commanded by an old enemy out of Data's past, Data must choose between his allegiance to the Federation and the one thing he wants above all else… 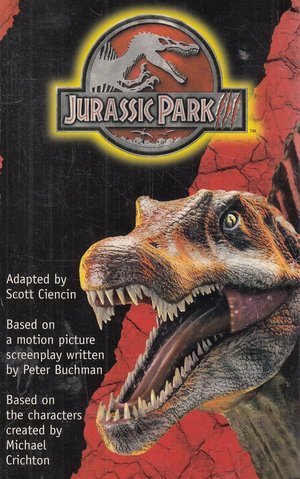 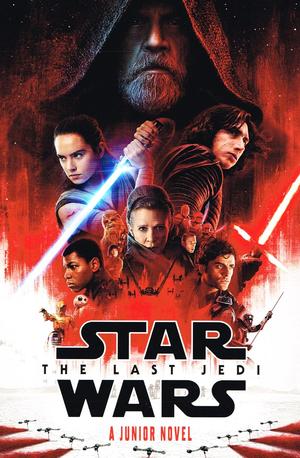 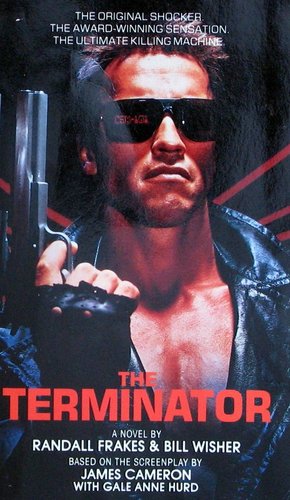 Randall Frakes - Bill Wisher - The ​Terminator
_A ​novel by Randall Frakes & Bill Wisher; based on a screenplay by James Cameron with Gale Anne Hurd._ More deadly than any man alive. The time is now... but he comes from the Year of Darkness, 2029. He was created to reshape the future by destroying the present. He feels no pity, no pain, no fear. He feels nothing. He is an unstoppable killing machine programmed for murder. He is... The Terminator The ​Day Before Micol Ostow
0

Micol Ostow - The ​Day Before
Based ​on the massively successful CW show, Riverdale, this prequel novel explores what the gang was doing before Season One. Why did Jughead and Archie have a falling out? What did Veronica's life look like in the Big Apple? And how long has Betty really been in love with Archie? Told from multiple points of view, your favorite characters tell their story their way. 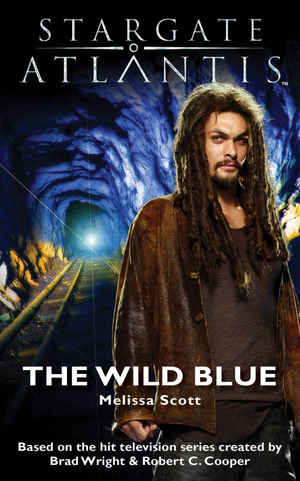 Melissa Scott - The ​Wild Blue
In ​deep danger… In the peace following Atlantis's treaty with the Wraith, Ronon Dex's homeworld of Sateda is rebuilding after the devastating Wraith cull that almost destroyed its civilization. Hoping to restore power to the capitol, Ronon and Dr. Radek Zelenka volunteer to help the Satedans reclaim a mothballed hydroelectric power station in the mountains above the city. But when their friend, Mel Hocken, goes missing during a reconnaissance flight over the mountains, Ronon and Zelenka find themselves leading a search and rescue mission instead... Tracking Hocken into the deep Wild Blue mine, they discover a dangerous and suspicious people for whom the war with the Wraith is far from over... 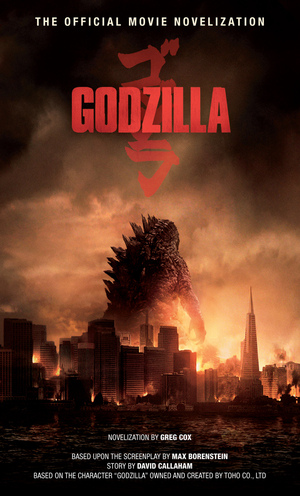 Stranger ​Things 1. - The Other Side Jody Houser
0

Jody Houser - Stranger ​Things 1. - The Other Side
When ​Will Byers finds himself in the Upside Down, an impossible dark parody of his own world, he's understandably frightened. But that's nothing compared with the fear that takes hold when he realizes whats in that world with him! No one escapes a Demogorgon unscathed . . . Based on Will's unseen journey during season 1 of the hit Netflix show Stranger Things. ''Blends 80's comic aesthetic with modern sensibilities to triumphant effect.'' -Multiversity Comics 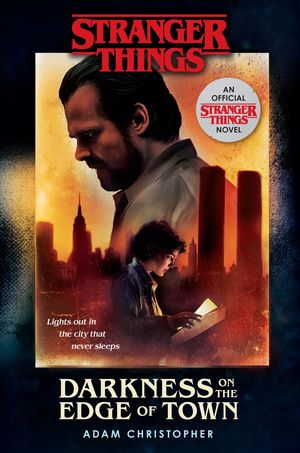 Darkness ​on the Edge of Town Adam Christopher
0

Adam Christopher - Darkness ​on the Edge of Town
Christmas, ​Hawkins, 1984. All Chief Jim Hopper wants is to enjoy a quiet first Christmas with Eleven, but his adopted daughter has other plans. Over Hopper's protests, she pulls a cardboard box marked "New York" out of the basement - and the tough questions begin. Why did Hopper leave Hawkins all those years ago? What does "Vietnam" mean? And why has he never talked about New York? Although he'd rather face a horde of demogorgons than talk about his own past, Hopper knows that he can't deny the truth any longer. And so begins the story of the incident in New York - the last big case before everything changed... Summer, New York City, 1977. Hopper is starting over after returning home from Vietnam. A young daughter, a caring wife, and a new beat as an NYPD detective make it easy to slip back into life as a civilian. But after shadowy federal agents suddenly show and seize the files about a series of brutal, unsolved murders, Hopper takes matters into his own hands, risking everything to discover the truth. Soon Hopper is undercover among New York's notorious street gangs. But just as he's about to crack the case, a blackout rolls across the boroughs, plunging Hopper into a darkness deeper than any he's faced before. Patricia C. Wrede - The ​Phantom Menace
A ​long time ago in a galaxy far, far away… A world is threatened. A young queen must save her people. A dark evil rises again. A young jedi is discovered. The journey begins. 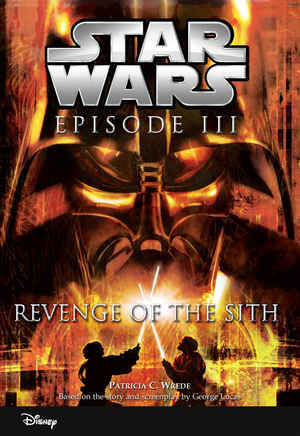 Patricia C. Wrede - Revenge ​of the Sith
A ​long time ago in a galaxy far, far, far away…. A vow is broken. A Jedi falls. A Sith Lord rises. The Empire is born. 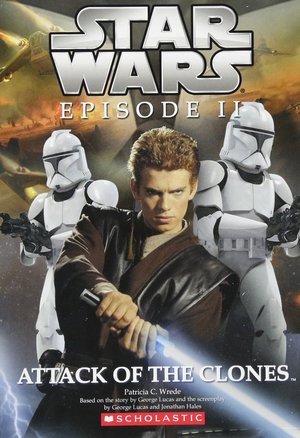 Patricia C. Wrede - Attack ​of the Clones
A ​long time ago in a galaxy far, far away…. A galaxy is undermined. An army emerges. A love is forbidden. A dark turn approaches. The saga continues. 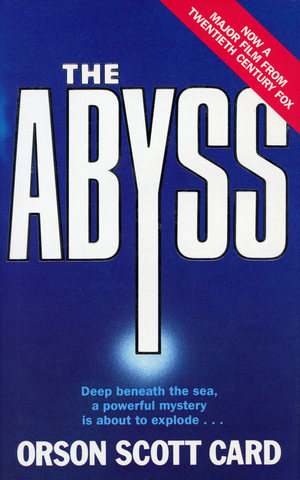 Orson Scott Card - The ​Abyss
Far ​beneath the blue Caribbean sea lies Deepcore, the world's most advanced high-technology drilling station. When a mysterious force sends the submarine USS Montana spinning out of control, Deepcore is commandeered as the base for a naval rescue operation. Lindsay Brigman, designer of Deepcore, insists on joining the team. When the operation gets underway, she witnesses something astonishing, activity she can only define as non-terrestrial intelligence. Nobody takes her seriously - there are far more pressing concerns. For up above, the world is spinning towards nuclear war... 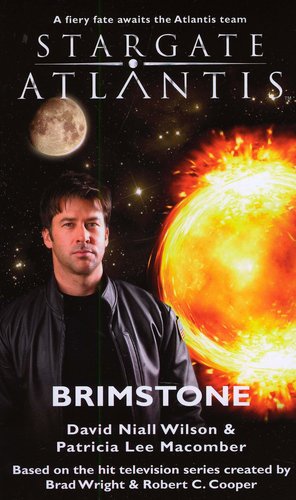 David Niall Wilson - Brimstone
The ​Stargate Atlantis team discover a city on a moon that's about to plunge into its own sun. But the city which looked as if it had been abandoned turns out to be inhabited by descendants of the Ancients who have fallen into decadence and debauchery. Faced with a dissolute society disinterested in their own fate and unable to escape, the team must fight their way free before being plunged into a fiery death. 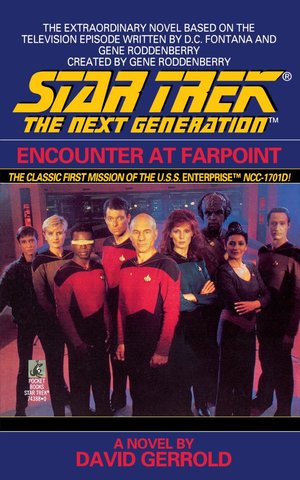 David Gerrold - Encounter ​at Farpoint
Captain's ​log, stardate 41254.7. The USS Enterprise-D is en route to Cygnus IV – the edge of the the known galaxy. There, we will rendezvous with the ship's new first officer and the other command personnel and proceed with our mission: discover the truth about Farpoint Station, a starbase facility built by the inhabitants of Cygnus IV, a starbase of unparalleled size and complexity... and infinite mystery. And the success or failure of this, our first mission together, may well determine the course of Human exploration across the galaxy for centuries to come...