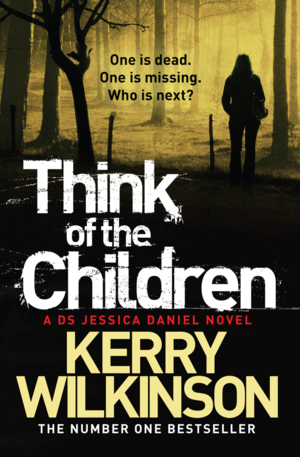 Think ​of the Children Kerry Wilkinson
0

Kerry Wilkinson - Think ​of the Children
_One ​is dead. One is missing. Who is next?_ Detective Sergeant Jessica Daniel is first on the scene as a stolen car crashes on a misty, wet Manchester morning. The driver is dead, but the biggest shock awaits her when she discovers the body of a child wrapped in plastic in the boot of the car. As Jessica struggles to discover the identity of the driver, a thin trail leads her first to a set of clothes buried in the woods and then to a list of children’s names abandoned in an allotment shed. With the winter chill setting in and parents looking for answers, Jessica must find out who has been watching local children, and how this connects to a case that has been unsolved for 14 years. 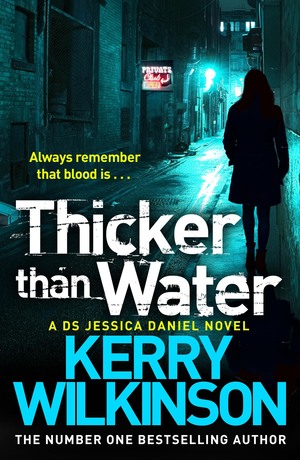 Kerry Wilkinson - Thicker ​than Water
When ​Cameron and Eleanor Sexton arrive home to find their teenage babysitter missing, their immediate concern is for their young daughter. Detective Sergeant Jessica Daniel is dispatched to find out what's going on, but with all apparently well, she thinks she’s been sent on a fool’s errand. Soon, the teenager’s body is discovered in an apparently random house on the other side of Manchester. The puzzle deepens when a journalist points out that someone placed an obituary for him just days before his disappearance. A string of clues point to a club whose owner has an unhealthy interest in Jessica, but then something happens which makes her question the very core of her beliefs. She is left to turn to the one person she knows she can rely on... but is that trust misplaced? 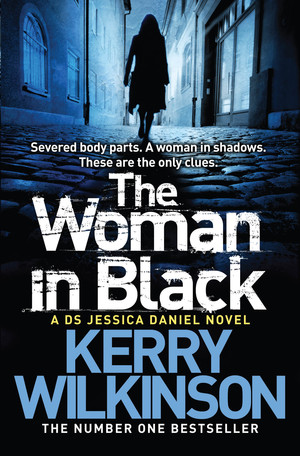 The ​Woman in Black Kerry Wilkinson
0

Kerry Wilkinson - The ​Woman in Black
_Severed ​body parts. A woman in shadows. These are the only clues._ Someone has left a severed hand in the centre of Manchester and the only clue Detective Sergeant Jessica Daniel has to go on is CCTV footage of a woman in a long black robe placing it carefully on the ground. With a lengthy missing persons list and frantic families wondering if the body part could belong to their absent loved ones, she has plenty to deal with – and that’s before a detached finger arrives for her in the post. By the time a second hand is found and a local MP’s wife goes missing, Jessica is left struggling to find out who the appendages belong to, how they are connected and just what the mysterious woman in black has to do with it all. 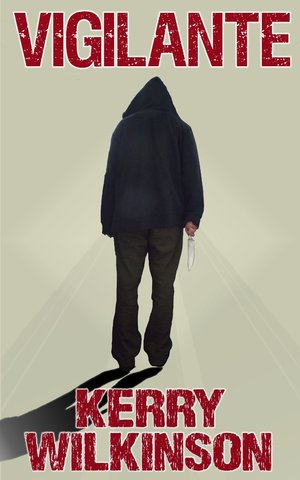 Kerry Wilkinson - Vigilante
_A ​killer behind bars is still killing..._ Dead bodies are piling up for Detective Sergeant Jessica Daniel. Usually when a serial killer is on the loose, the pressure would be building to find the perpetrator but the victims are all hardened criminals themselves. The national media can’t believe their luck with an apparent vigilante on the streets, while Jessica’s new boss seems grateful someone else is doing their job for them. But things aren’t so straightforward when forensics matches blood from the apparent killer to a man already behind bars. 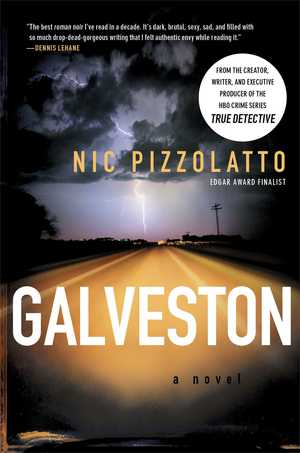 Nic Pizzolatto - Galveston ​(angol)
Recalling ​the moody violence of the early novels of Cormac McCarthy and Denis Johnson, a dark and visceral debut set along the seedy wastelands of Galveston by a young writer with a hard edge to his potent literary style. On the same day that Roy Cady is diagnosed with a terminal illness, he senses that his boss, a dangerous loan-sharking bar-owner, wants him dead. Known “without affection” to members of the boss’s crew as “Big Country” on account of his long hair, beard, and cowboy boots, Roy is alert to the possibility that a routine assignment could be a deathtrap. Which it is. Yet what the would-be killers do to Roy Cady is not the same as what he does to them, which is to say that after a smoking spasm of violence, they are mostly dead and he is mostly alive. Before Roy makes his getaway, he realizes there are two women in the apartment, one of them still breathing, and he sees something in her frightened, defiant eyes that causes a fateful decision. He takes her with him as he goes on the run from New Orleans to Galveston, Texas—an action as ill-advised as it is inescapable. The girl’s name is Rocky, and she is too young, too tough, too sexy—and far too much trouble. Roy, Rocky, and her sister hide in the battered seascape of Galveston’s country-western bars and fleabag hotels, a world of treacherous drifters, pickup trucks, and ashed-out hopes. Any chance that they will find safety there is soon lost. Rocky is a girl with quite a story to tell, one that will pursue and damage Roy for a very long time to come in this powerful and atmospheric thriller, impossible to put down. Constructed with maximum tension and haunting aftereffect, written in darkly beautiful prose, Galveston announces the arrival of a major new literary talent. 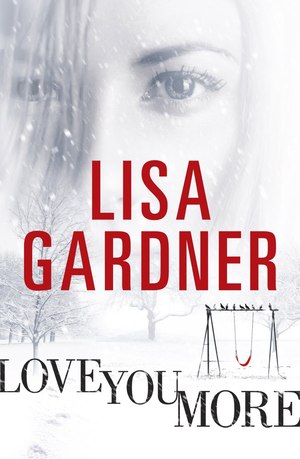 Lisa Gardner - Love ​You More
WHO ​DO YOU LOVE? One question, a split-second decision, and Brian Darby lies dead on the kitchen floor. His wife, state police trooper Tessa Leoni, claims to have shot him in self-defense, and bears the bruises to back up her tale. For veteran detective D. D. Warren it should be an open-and-shut case. But where is their six-year-old daughter? AND HOW FAR WOULD YOU GO . . . As the homicide investigation ratchets into a frantic statewide search for a missing child, D. D. Warren must partner with former lover Bobby Dodge to break through the blue wall of police brotherhood, seeking to understand the inner workings of a trooper’s mind while also unearthing family secrets. Would a trained police officer truly shoot her own husband? And would a mother harm her own child? . . . TO SAVE HER? For Tessa Leoni, the worst has not yet happened. She is walking a tightrope, with nowhere to turn, no one to trust, as the clock ticks down to a terrifying deadline. She has one goal in sight, and she will use every ounce of her training, every trick at her disposal, to do what must be done. No sacrifice is too great, no action unthinkable. A mother knows who she loves. And all others will be made to pay. 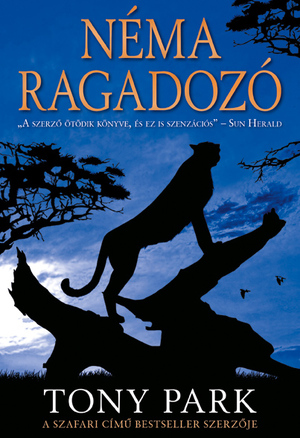 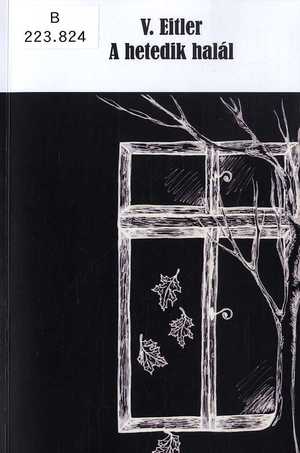 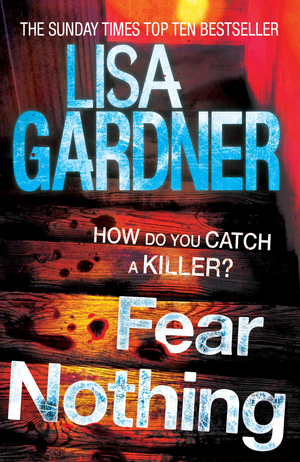 Lisa Gardner - Fear ​Nothing
_In ​#1 New York Times bestseller Lisa Gardner’s latest pulse-pounding thriller, Detective D._ _D. Warren must face a new fear as a serial killer terrorizes Boston._ _My name is Dr. Adeline Glen. Due to a genetic condition, I can’t feel pain. I never have. I_ _never will. _ The last thing Boston Detective D. D. Warren remembers is walking the crime scene after dark. Then, a creaking floorboard, a low voice crooning in her ear. . . . She is later told she managed to discharge her weapon three times. All she knows is that she is seriously injured, unable to move her left arm, unable to return to work. _My sister is Shana Day, a notorious murderer who first killed at fourteen. Incarcerated for_ _thirty years, she has now murdered more people while in prison than she did as a free_ _woman._ Six weeks later, a second woman is discovered murdered in her own bed, her room containing the same calling cards from the first: a bottle of champagne and a single red rose. The only person who may have seen the killer: Detective D. D. Warren, who still can’t lift her child, load her gun, or recall a single detail from the night that may have cost her everything. _Our father was Harry Day, an infamous serial killer who buried young women beneath the_ _floor of our home. He has been dead for forty years. Except the Rose Killer knows things_ _about my father he shouldn’t. My sister claims she can help catch him. I think just_ _because I can’t feel pain doesn’t mean my family can’t hurt me._ D.D. may not be back on the job, but she is back on the hunt. Because the Rose Killer isn’t just targeting lone women, he is targeting D.D. And D.D. knows there is only one way to take him down: _Fear nothing._ 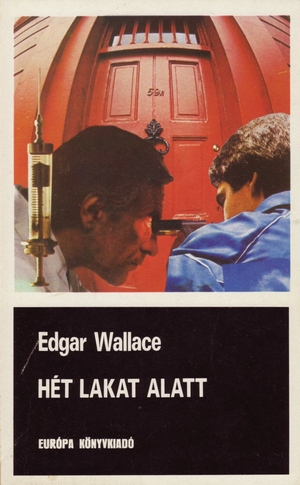 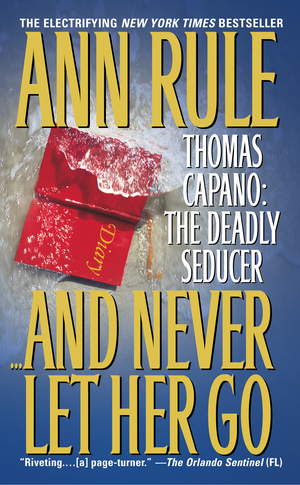 Ann Rule - And ​Never Let Her Go
The ​shattering crime story that shocked the nation: the Thomas Capano murder case On a June evening in 1996, 30-year-old Anne Marie Fahey, secretary to the governor of Delaware, vanished without a trace following a restaurant rendezvous with her secret lover of more than two years: Thomas Capano. One of Wilmington's most prominent and respected figures, a millionaire attorney and former state prosecutor, "Tommy" was a charming, softspoken family man. But in the weeks and months that followed Fahey's disappearance, investigators would gradually uncover the shocking truth: Capano was a steely manipulator driven by power and greed -- and capable of brutal murder. In a riveting narrative expertly documented by probing interviews, diary entries, and e-mail correspondence, and with superb insight into the twisted motivations of a killer, Ann Rule chronicles a real-life drama of Shakespearian proportions: ambitions fall, love turns to obsession, family names are tainted, the façade of success crumbles -- and a beautiful but vulnerable young woman pays the ultimate price in a convoluted and deadly relationship. 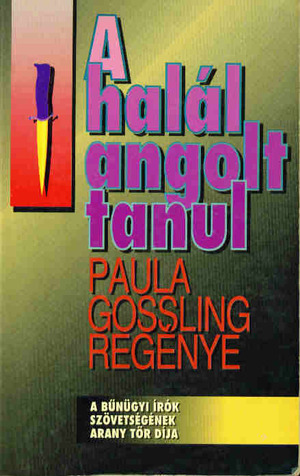 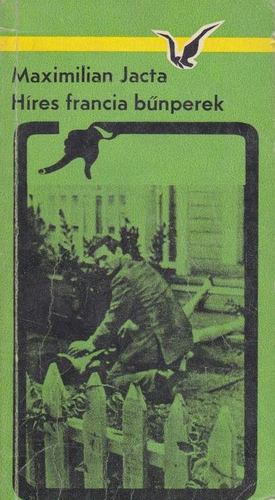 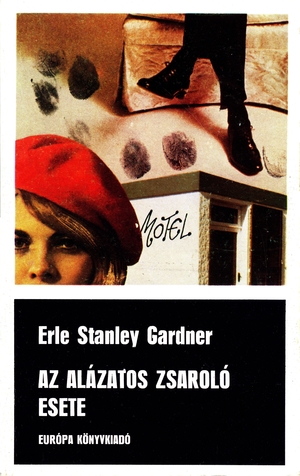 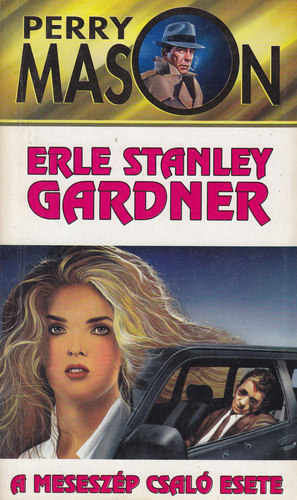 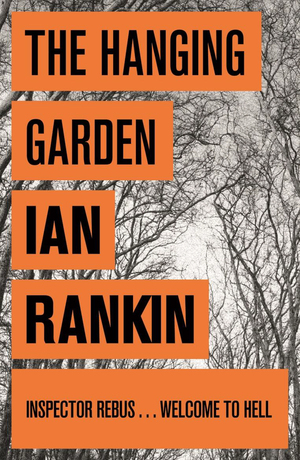 Ian Rankin - The ​Hanging Garden
Detective ​Inspector Rebus is buried under a pile of paperwork generated by his investigations into a suspected war criminal. But an escalating dispute between the upstart Tommy Telford and Big Ger Cafferty's gang gives Rebus an escape clause. Telford is known to have close links with a Newcastle gangster nicknamed Mr Pink Eyes - a Chechen bringing refugees into Britain as prostitutes. When Rebus takes under his wing a distraught Bosnian call girl, it gives him a personal reason to make sure Telford takes the high road back to Paisley and pronto. Then Rebus's daughter is the victim of an all too professional hit-and-run and Rebus knows that now there is nothing he wouldn't do to bring down prime suspect Tommy Telford - even if it means cutting a deal with the devil. 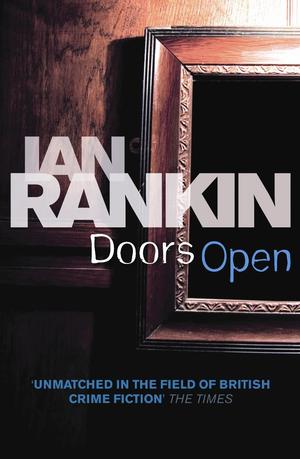 Ian Rankin - Doors ​Open
For ​the right man, all doors are open... Mike Mackenzie is a self-made man with too much time on his hands and a bit of the devil in his soul. He is looking for something to liven up the days and perhaps give new meaning to his existence. A chance encounter at an art auction offers him the opportunity to do just that as he settles on a plot to commit a 'perfect crime'. He intends to rip-off one of the most high-profile targets in the capital - the National Gallery of Scotland. So, together with two close friends from the art world, he devises a plan to a lift some of the most valuable artwork around. But of course, the real trick is to rob the place for all its worth whilst persuading the world that no crime was ever committed. But soon after he enters the dark waters of the criminal underworld he realises that it's very easy to drown... 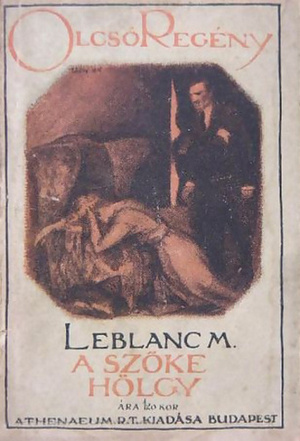