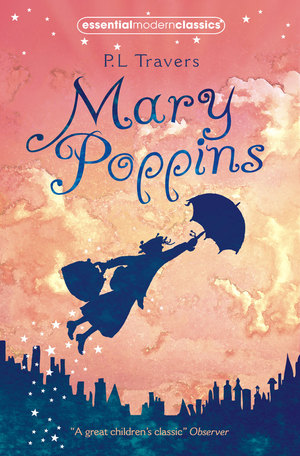 P. L. Travers - Mary ​Poppins (angol)
From ​the moment Mary Poppins arrives at Number Seventeen Cherry-Tree Lane, everyday life at the Banks house is forever changed. This classic series tells the story of the world's most beloved nanny, who brings enchantment and excitement with her everywhere she goes. Featuring the charming original cover art by Mary Shepard, these new editions are sure to delight readers of all ages. It all starts when Mary Poppins is blown by the east wind onto the doorstep of the Banks house. She becomes a most unusual nanny to Jane, Michael, and the twins. Who else but Mary Poppins can slide _up_ banisters, pull an entire armchair out of an empty carpetbag, and make a dose of medicine taste like delicious lime-juice cordial? A day with Mary Poppins is a day of magic and make-believe come to life! 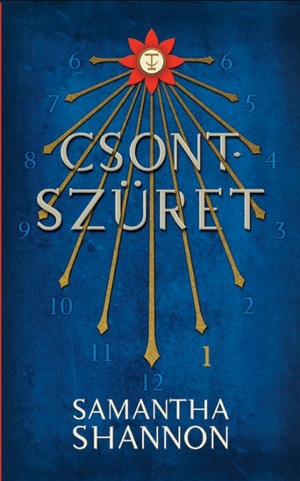 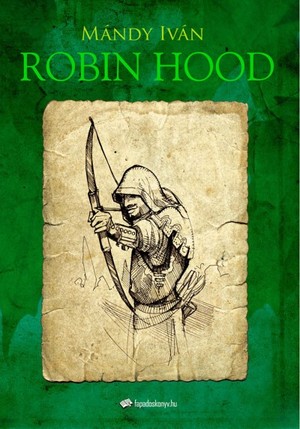 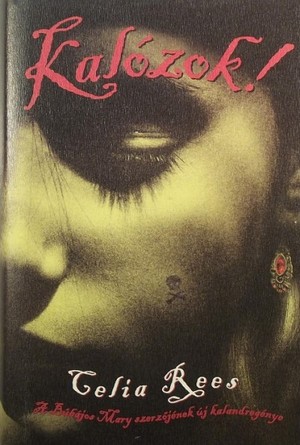 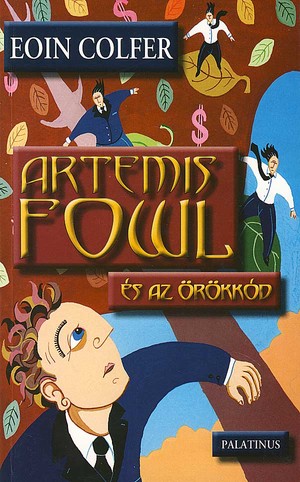 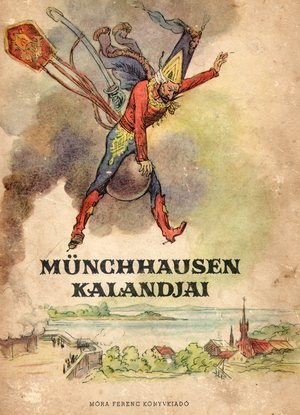 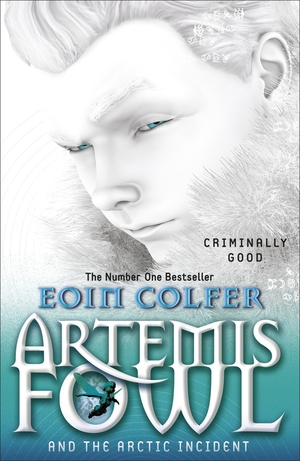 Eoin Colfer - The ​Arctic Incident
(Artemis ​Fowl #2) Eoin Colfer's bestselling antihero is back in Artemis Fowl: The Arctic Incident--the superb sequel to the hyper-hyped Artemis Fowl, shortlisted for the Whitbread Children's Book of the Year. The Arctic Incident sees the slightly older, perhaps slightly more mellow arch-criminal Artemis recovered from his last adventure, richer now that he has his half of a hoard of fairy gold, and happier since the Clarice Starlingesque superfairy Captain Holly Short of the LEPrecon returned his mother's ailing mind to full health. But there is still much unfinished business: Artemis Fowl Sr. disappeared when a daring escapade designed to free his family from their criminal--not to mention deeply lucrative--past and move the family's assets into legitimate enterprises went horribly wrong. Held captive by the Mafiya (the Russian organized crime syndicate) for over two years, he has been declared officially dead, but Artemis Jr. knows in his heart (yes, he does have one) that his beloved father is still alive, and he is determined to find him. Meanwhile Captain Short is temporarily on assignment to Customs and Excise as punishment for letting Fowl separate her and her People from their gold and is finding her stakeout duties a little dull. It soon becomes obvious that the pair have need of each other's considerable skills, and before long they are on track for an adventure that will ultimately have far-reaching consequences for both of them. 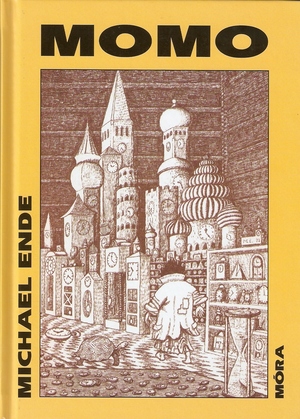 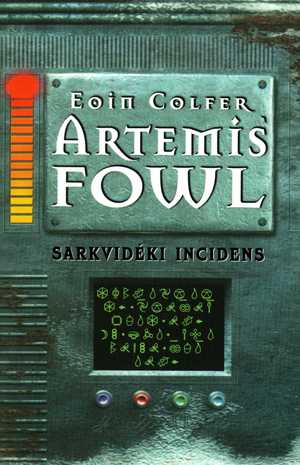 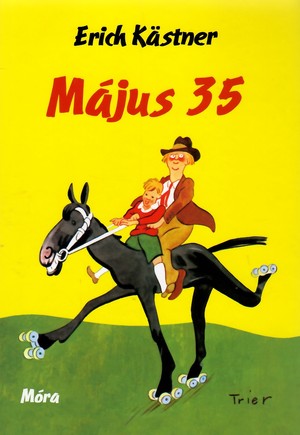 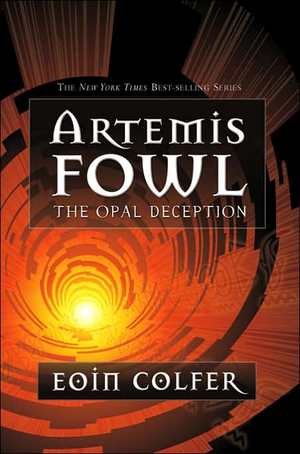 Eoin Colfer - The ​Opal Deception
The ​evil pixie Opal Koboi has spent the last year in a self-induced coma, plotting her revenge on all those who foiled her attempt to destroy the LEPrecon fairy police. And Artemis Fowl is at the top of her list. After his last run-in with the fairies, Artemis had his mind wiped of his memories of the world belowground. But they have not forgotten about him. Once again, he must stop the human and fairy worlds from colliding—only this time, Artemis faces an enemy who may have finally outsmarted him. 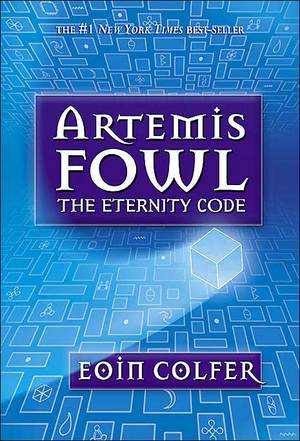 Eoin Colfer - The ​Eternity Code
Artemis ​Fowl II, criminal mastermind, is now stuck at a boarding school, but that still doesn't stop him from carrying out his dirty plans, and after this, he's going straight. He's 13 years old. He has constructed a supercomputer, the C Cube, from stolen fairy technology, which makes all other human technology obsolete. Though the technology he harnessed is outdated below ground, the cube he creates is still better than any human supercomputer by about five decades. When Fowl meets Chicago businessman Jon Spiro to show him the Cube, things go horribly wrong. Spiro ambushes Fowl, steals the Cube, and almost kills Butler, his bodyguard. However, Fowl manages to revive him with the aid of cryogenics and fairy healing magic, courtesy of Captain Holly Short of the LEPrecon squad. Unfortunately, the healing does not work as planned, leaving Butler alive, but fifteen years older, and unable to carry out his duties as a bodyguard. However, his sister, Juliet agrees to help Fowl recover the stolen computer. With the aid of the rest of the LEPrecon team, and kleptomaniac dwarf Mulch Diggums, they break into Spiro's company, Fission Chips, and begin their mission. Spiro is quite a challenging opponent, even for Artemis Fowl. He has almost insane security on everything: Fingerprint scanners, armed thugs, the Mafia – and that's just for starters. But he's still no match for the fairies, and soon Fowl has the Cube back, and is working on yet another scheme. The fairies have discovered by now that Fowl is too dangerous a foe, and fearing their safety, they make Artemis agree to a mind wipe in exchange for getting the cube back. His memory is wiped of everything fairy-related, but he has a plan to return. He gives Mulch Diggums a coin with a hole in it covered with gold leaf. However, it is actually a disc with information to let Artemis revive his memories and knowledge of the existence of the People and will play a vital role in the fourth book. 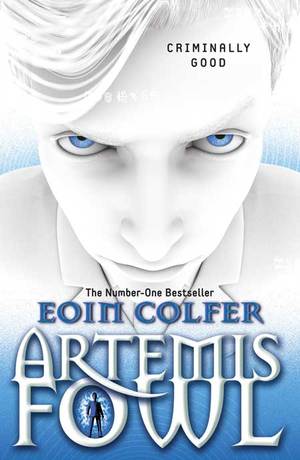 Eoin Colfer - Artemis ​Fowl (angol)
(Artemis ​Fowl #1) Eoin Colfer describes his new book, Artemis Fowl, as "Die Hard with fairies." He's not far wrong. Twelve-year-old Artemis Fowl is the most ingenious criminal mastermind in history. With two trusty sidekicks in tow, he hatches a cunning plot to divest the fairyfolk of their pot of gold. Of course, he isn't foolish enough to believe in all that "gold at the end of the rainbow" nonsense. Rather, he knows that the only way to separate the little people from their stash is to kidnap one of them and wait for the ransom to arrive. But when the time comes to put his plan into action, he doesn't count on the appearance of the extrasmall, pointy-eared Captain Holly Short of the LEPrecon (Lower Elements Police Reconnaisance) Unit--and her senior officer, Commander Root, a man (sorry, elf) who will stop at nothing to get her back. 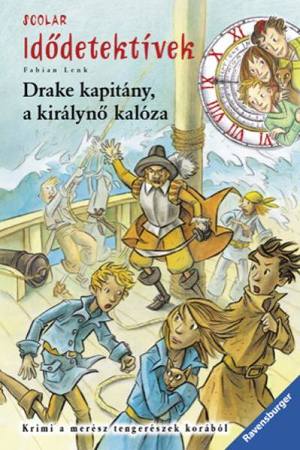 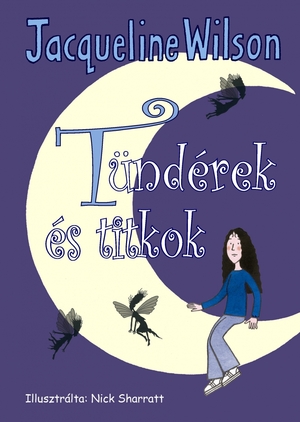 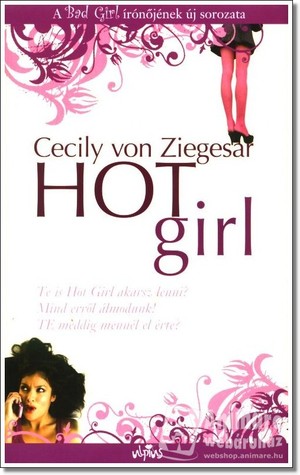