Lieutenant ​Eve Dallas must keep the predator from becoming the prey inVendetta in Death, the newest thriller from the #1 New York Times bestselling author J.D. Robb.

She calls herself Lady Justice. And once she has chosen a man as her target, she turns herself into a tall blonde or a curvaceous redhead, makes herself as alluring and seductive as possible to them. Once they are in her grasp, they are powerless.

The first victim is wealthy businessman Nigel McEnroy. His company’s human resources department has already paid out settlements to a couple of his young victims—but they don’t know that his crimes go far beyond workplace harassment. Lady Justice knows. And in one shocking night of brutality, she makes him pay a much steeper price.

Now Eve Dallas and her husband, Roarke, are combing through the evidence of McEnroy’s secret life. His compulsive need to record his misdeeds provides them with a wide range of suspects, but the true identity of Lady Justice remains elusive. It’s a challenging case, made even more difficult by McEnroy’s widow, who reacts to the investigation with fury, denial, and threats. Meanwhile, Lady Justice’s criminal crusade is escalating rapidly, and if Eve can’t stop this vigilante, there’s no telling how much blood may be spilled… 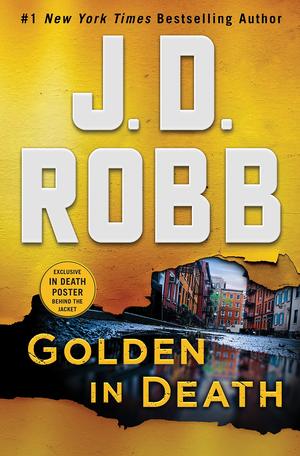 J. D. (Nora Roberts) Robb - Golden ​in Death
In ​the latest thriller in the #1 New York Times bestselling series, homicide detective Eve Dallas investigates a murder with a mysterious motive—and a terrifying weapon. Pediatrician Kent Abner received the package on a beautiful April morning. Inside was a cheap trinket, a golden egg that could be opened into two halves. When he pried it apart, highly toxic airborne fumes entered his body—and killed him. After Eve Dallas calls the hazmat team—and undergoes testing to reassure both her and her husband that she hasn’t been exposed—it’s time to look into Dr. Abner’s past and relationships. Not every victim Eve encounters is an angel, but it seems that Abner came pretty close—though he did ruffle some feathers over the years by taking stands for the weak and defenseless. While the lab tries to identify the deadly toxin, Eve hunts for the sender. But when someone else dies in the same grisly manner, it becomes clear that she’s dealing with either a madman—or someone who has a hidden and elusive connection to both victims. 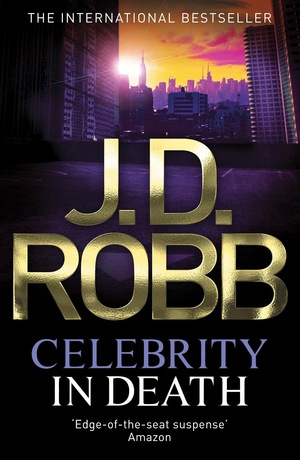 J. D. (Nora Roberts) Robb - Celebrity ​in Death
The ​latest novel in J.D. Robb's addictive 'In Death' series, where Eve Dallas specialises in tracking down those who break the law - including the ones sworn to uphold it. 'We've got a corpse that looks like one of the investigators, a houseful of Hollywood and a media machine that's going to eat it like gooey chocolate.' Lieutenant Eve Dallas is panicking - and she's not at a crime scene. Forced to attend a celeb-packed party for a new movie based on her most famous case, she is surrounded by actors who look like everyone in her life. Then brutal reality crashes through the sparkly facade. There's been a murder. The obnoxious actress playing Eve's partner, Peabody, has been found face down in the rooftop pool. It's hard to find anyone who didn't have a motive for killing her, but Eve must fight to keep a clear head and stop a calculated killer. 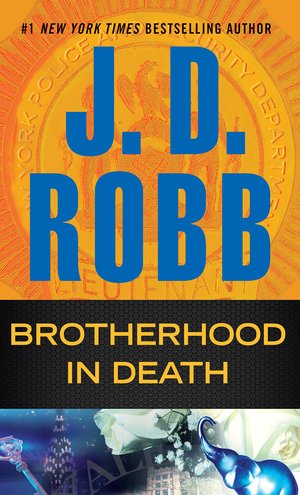 J. D. (Nora Roberts) Robb - Brotherhood ​in Death
Sometimes ​brotherhood can be another word for conspiracy... Dennis Mira just had two unpleasant surprises. First he learned that his cousin Edward was secretly meeting with a real estate agent about their late grandfather’s magnificent West Village brownstone, despite the promise they both made to keep it in the family. Then, when he went to the house to confront Edward about it, he got a blunt object to the back of the head. Luckily Dennis is married to Charlotte Mira, the NYPSD’s top profiler and a good friend of Lieutenant Eve Dallas. When the two arrive on the scene, he explains that the last thing he saw was Edward in a chair, bruised and bloody. When he came to, his cousin was gone. With the mess cleaned up and the security disks removed, there’s nothing left behind but a few traces for forensics to analyze. As a former lawyer, judge, and senator, Edward Mira mingled with the elite and crossed paths with criminals, making enemies on a regular basis. Like so many politicians, he also made some very close friends behind closed—and locked—doors. But a badge and a billionaire husband can get you into places others can’t go, and Eve intends to shine some light on the dirty deals and dark motives behind the disappearance of a powerful man, the family discord over a multimillion-dollar piece of real estate . . . and a new case that no one saw coming. 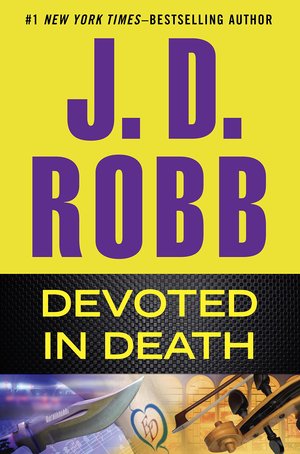 J. D. (Nora Roberts) Robb - Devoted ​in Death
Eve ​Dallas tracks a couple whose passion is fueled by cold brutality in the newest crime thriller from the #1 New York Times–bestselling author of Obsession in Death and Festive in Death. When Lieutenant Eve Dallas examines a body in a downtown Manhattan alleyway, the victim’s injuries are so extensive that she almost misses the clue. Carved into the skin is the shape of a heart—and initials inside reading E and D . . . Ella-Loo and her boyfriend, Darryl, had been separated while Darryl was a guest of the state of Oklahoma, and now that his sentence has been served they don’t ever intend to part again. Ella-Loo’s got dreams. And Darryl believes there are better ways to achieve your dreams than working for them. So they hit the road, and when their car breaks down in Arkansas, they make plans to take someone else’s. Then things get messy and they wind up killing someone—an experience that stokes a fierce, wild desire in Ella-Loo. A desire for Darryl. And a desire to kill again. As they cross state lines on their way to New York to find the life they think they deserve, they will leave a trail of evil behind them. But now they’ve landed in the jurisdiction of Lieutenant Dallas and her team at the New York Police and Security Department. And with her husband, Roarke, at her side, she has every intention of hunting them down and giving them what they truly deserve . . . 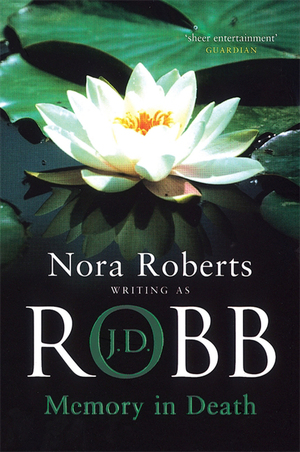 J. D. (Nora Roberts) Robb - Memory ​in Death
Eve ​Dallas is one tough cop. She can take on purse snatchers, drug dealers, and worse. But when Trudy Lombard - a seemingly ordinary middle-aged lady - shows up at the station, it's all Eve can do to hold it together. Instantly, she is plunged back to the days when she was a vulnerable, traumatized young girl -and trapped in foster care with the twisted woman now in front of her. Trudy claims she came all the way to New York just to see how Eve was doing. But Eve's fiercely protective husband Roarke suspects otherwise - and his suspicion proves correct when Trudy shows up at his office demanding money in exchange for keeping the ugly details of Eve's childhood a secret - he shows her the door. Somebody else, though, wants her dead - and just a few days later, she's found on the floor of her hotel room. A cop to the core, Eve is determined to solve the case. Unfortunately, Eve was not the only one who ever suffered at this woman's hands - and she and Roarke will follow a dangerous path to find out who turned the victimiser into a victim. 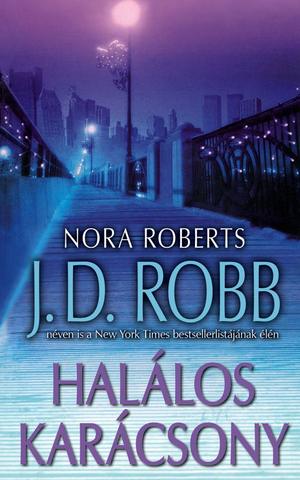 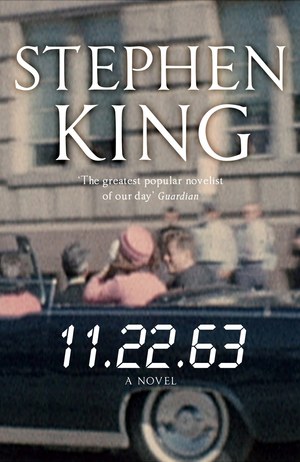 Stephen King - 11/22/63 ​(angol)
On ​November 22, 1963, three shots rang out in Dallas, President Kennedy died, and the world changed. What if you could change it back? Stephen King’s heart-stoppingly dramatic new novel is about a man who travels back in time to prevent the JFK assassination—a thousand page tour de force. Following his massively successful novel Under the Dome, King sweeps readers back in time to another moment—a real life moment—when everything went wrong: the JFK assassination. And he introduces readers to a character who has the power to change the course of history. Jake Epping is a thirty-five-year-old high school English teacher in Lisbon Falls, Maine, who makes extra money teaching adults in the GED program. He receives an essay from one of the students—a gruesome, harrowing first person story about the night 50 years ago when Harry Dunning’s father came home and killed his mother, his sister, and his brother with a hammer. Harry escaped with a smashed leg, as evidenced by his crooked walk. Not much later, Jake’s friend Al, who runs the local diner, divulges a secret: his storeroom is a portal to 1958. He enlists Jake on an insane—and insanely possible—mission to try to prevent the Kennedy assassination. 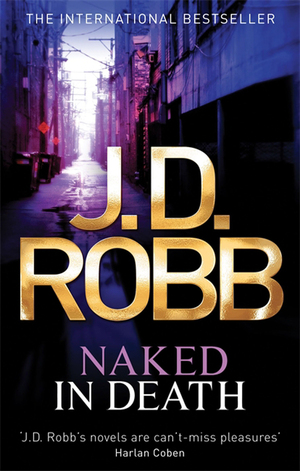 J. D. (Nora Roberts) Robb - Naked ​in Death
In ​a world of danger and deception, she walks the line--between seductive passion and scandalous murder... Eve Dallas is a New York police lieutenant hunting for a ruthless killer. In over ten years on the force, she's seen it all--and knows her survival depends on her instincts. And she's going against every warning telling her not to get involved with Roarke, an Irish billionaire--and a suspect in Eve's murder investigation. But passion and seduction have rules of their own, and it's up to Eve to take a chance in the arms of a man she knows nothing about--except the addictive hunger of needing his touch. 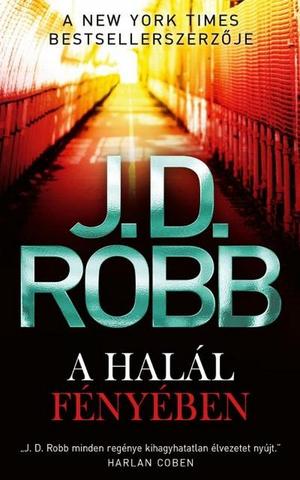 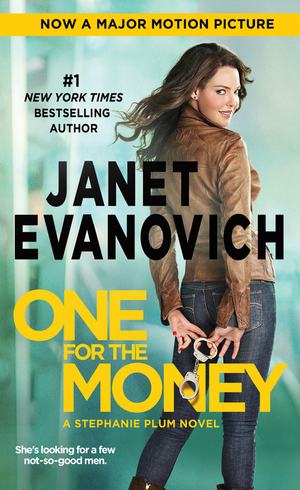 One ​for the Money Janet Evanovich
6

Janet Evanovich - One ​for the Money
THE ​BOOK THAT STARTED IT ALL... Witty, fresh, and full of surprises, One for the Money catapulted Janet Evanovich and her incomparable heroine Stephanie Plum into crime-writing superstardom. Watch out, world. Here comes Stephanie Plum, a bounty hunter with attitude. She's from the "burg," a blue-collar pocket of Trenton, New Jersey, where cars are American, windows are clean, and dinner is served at six. No exceptions. Stephanie lives five miles from her parents, trying to sever the world's longest umbilical cord. Mom is a meddler, and eccentric Grandma Mazur is a few cans short of a case. Out of work, Stephanie blackmails her bail bondsman cousin, Vinnie, into giving her a try as an "agent." She knows zilch about the job, but she figures her new pal, fearless bounty hunter Ranger, can teach her whatever it takes. Her first assignment: nail Joe Morelli, a former cop on the run from a murder charge. He's also the irresistible jerk who took Stephanie's virginity and wrote the details on the bathroom wall of Mario's Sub Shop...and there's still powerful chemistry between the two. But chasing Joe could prove very dangerous -- while on the case, she encounters Benito Ramirez, a heavyweight boxer known for his brutality to women. His terrifying obsession with Stephanie complicates her manhunt, and it just might lead to murder. Meet Stephanie Plum in this thrilling, laugh-out-loud outing that made Janet Evanovich a household name. 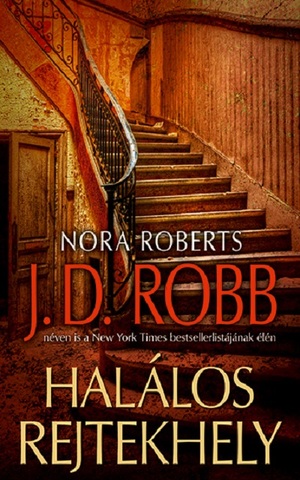 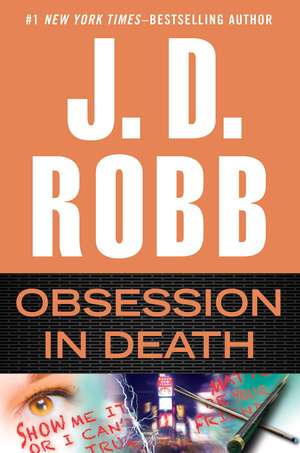 J. D. (Nora Roberts) Robb - Obsession ​in Death
Eve ​Dallas has solved a lot of high-profile murders for the NYPSD and gotten a lot of media. She—and her billionaire husband—are getting accustomed to being objects of attention, of gossip, of speculation. But now Eve has become the object of one person’s obsession. Someone who finds her extraordinary, and thinks about her every hour of every day. Who believes the two of them have a special relationship. Who would kill for her—again and again… With a murderer reading meanings into her every move, handling this case will be a delicate—and dangerous—psychological dance. And Eve knows that underneath the worship and admiration, a terrible threat lies in wait. Because the beautiful lieutenant is not at all grateful for these bloody offerings from her “true and loyal friend.” And in time, idols always fall… 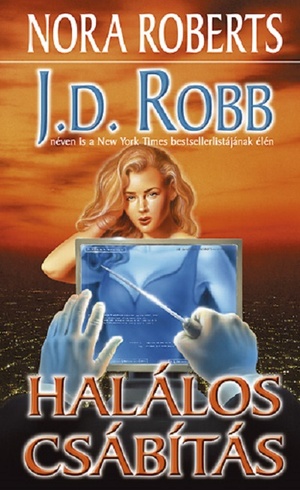