This ​book presents the adventures of the world’s greatest cowboy. The comic strip character who can shoot faster than his own shadow, Lucky Luke is a one-hundred-percent real hero of the Old West. He is squarely on the side of the law and dedicates his life to seeing that justice is done. He travels around delivering it wherever he goes, accompanied by his faithful companion, Jolly Jumper. Arriving at Fort Weakling, he changes into a formidable bandit. Why? Does his meeting with Billy the Kid, a living legend of the Old West, influence him? The character of Lucky Luke became a myth thanks to Morris (his creator) and Goscinny. 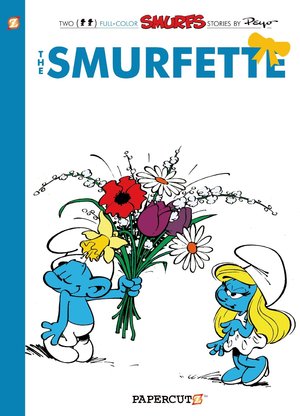 Yvan Delporte - Peyo - The ​Smurfette
For ​the first time in the Papercutz Smurfs graphic novels, the one and only Smurfette makes her dramatic debut! Here’s the original comics story that introduced her to the world. Where she comes from and how she first appeared may surprise her many fans! What sinister role did the wicked Gargamel play in her arrival? And how did Papa Smurf get involved in a way that would change Smurfette forever? This is the story Smurf-fans have been waiting for! 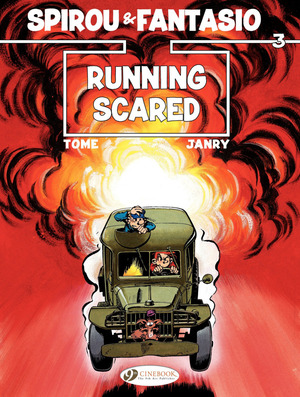 Tome - Spirou ​& Fantasio 3. - Running Scared
Spirou ​and Fantasio are hired by a doctor to escort some of his patients. Their ailment? An apparently incurable case of the hiccups. His solution: Send them on the most insane adventure ever and scare the hiccups out of them! Since he offers to pay for their expedition, the two fearless reporters agree to take the patients with them as they attempt to locate two explorers lost in 1938 near the Nepalese border… in the middle of a war! 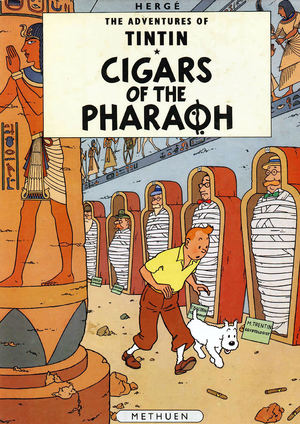 Cigars ​of the Pharaoh Hergé
0

Hergé - Cigars ​of the Pharaoh
The ​classic graphic novel. Tintin tries to take a vacation, but while on his cruise ship a mystery unfolds! He meets Dr. Sarcophagus who leads him to the undiscovered tomb of the Pharaoh Kih-Oskh. 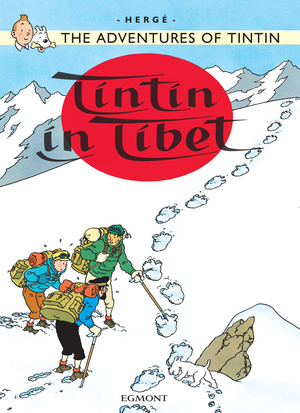 Hergé - Tintin ​in Tibet
The ​classic graphic novel. One day Tintin reads about a plane crash in the Himalayas. When he discovers thathis friend, Chang, was on board, Tintin travels to the crash site in hopes of a rescue. 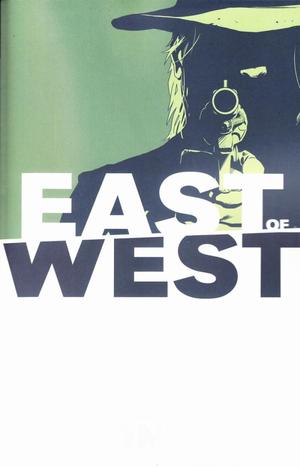 Jonathan Hickman - East ​of West 1. - The Promise
This ​is the world. It is not the one we wanted, but it is the one we deserved. The Four Horsemen of the Apocalypse roam the Earth, signaling the End Times for humanity, and our best hope for life, lies in death! 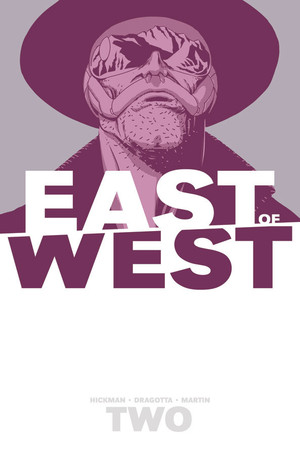 Jonathan Hickman - East ​of West 2. - We Are All One
This ​is the world. It is not the one we wanted, but it is the one we deserved. The Four Horsemen of the Apocalypse roam the Earth, signaling the End Times for humanity, and our best hope for life, lies in DEATH! The second volume of the Eisner Award nominated series is finally here! "We Are All One" follows our cast around the fractured future-scape of America as we learn more about a world that's rapidly coming to an end. 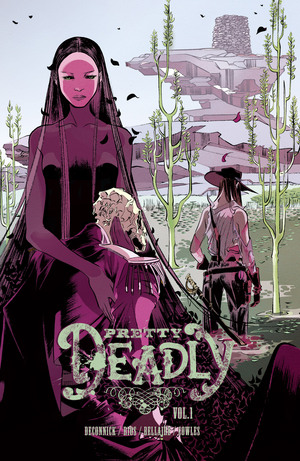 Kelly Sue Deconnick - Pretty ​Deadly 1. - The Shrike
Kelly ​Sue DeConnick (Avengers Assemble, Captain Marvel) and Emma Rios (Dr. Strange, Osborn) present the collected opening arc of their surprise-hit series that marries the magical realism of Sandman with the western brutality of Preacher. Death's daughter rides the wind on a horse made of smoke and her face bears the skull marks of her father. Her origin story is a tale of retribution as beautifully lush as it is unflinchingly savage. "It's a perfect match for the gorgeous, dizzying artwork in a sumptuous palette-overlaid panels add intricate choreography to fight scenes, and detailed, whirling splash pages beg for long-lingering looks. Couple that, along with a handful of Eisner nominations, with a multicultural cast of tough-as-nails women who all fight for their own honor, and this is a series to watch out for." - Booklist "It's ambitious and challenging (two qualities that are not often valued, but that probably should be), under a facade of violence and sacrifice. Rio's art is lush and detailed, and is more than capable of keeping up with the far-reaching story." - PW 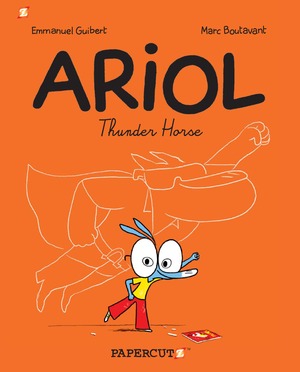 Emmanuel Guibert - Thunder ​Horse
Ariol ​knows he's just like his hero in every way: brave, er . . . handsome, and . . . um . . .tall? Well, maybe Ariol has a ways to go, but that's not going to stop him from doing everything he can to grow up and become just like the guardian of the stars! With charming artwork and hilarious vignettes, Ariol is the right series for anyone who ever started off life as a kid! 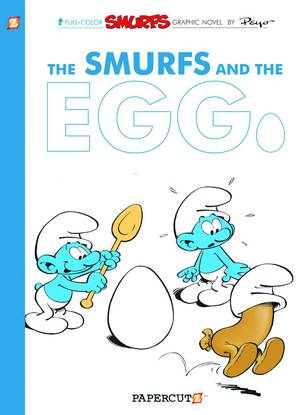 The ​Smurfs and the Egg Yvan Delporte - Peyo
0

Yvan Delporte - Peyo - The ​Smurfs and the Egg
The ​annual event known as “Smurf Day” is near, and Papa Smurf wants to celebrate by making a big cake. The Smurfs gather all of the ingredients for the cake, only to find they are missing an egg. When two Smurfs find an egg in the forest and bring it back, the other Smurfs soon learn that it is a magic egg that grants wishes! Soon all of the Smurfs are making irresponsible wishes and the entire village is a mess. It’s up to Papa Smurf to somehow find a way to restore calm. Also featuring “The Fake Smurf,” where the evil wizard Gargamel finds a way to infiltrate the Smurf Village – by becoming a Smurf himself! 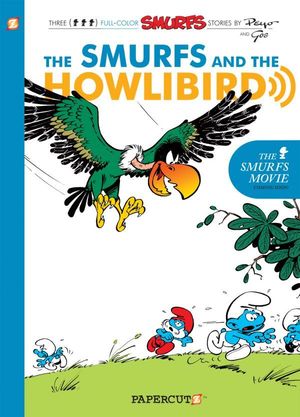 The ​Smurfs and the Howlibird Peyo - Yvan Delporte
0

Peyo - Yvan Delporte - The ​Smurfs and the Howlibird
When ​Papa Smurf tries to make a new fertilizer for the crops, it transforms an ordinary flower into a dangerous “smurfivore plant.” When two Smurfs try to get rid of the fertilizer by dumping it outside the Smurf village, a bird swallows it and becomes a huge monster; the Howlibird! Now, the Smurfs must figure out how to defeat the monster and save their village. 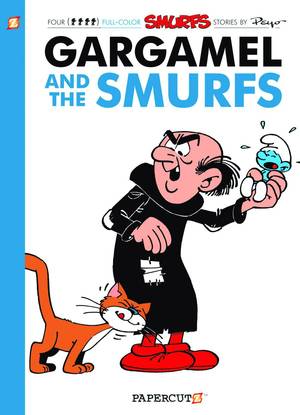 Yvan Delporte - Peyo - Gargamel ​and the Smurfs
Four ​Smurftastic stories all featuring the arch-enemy of the Smurfs, Gargamel! In “The Smurfnapper,” which is also the first appearance of Gargamel, a Smurf is kidnapped by the evil wizard, who wants to use him as an ingredient in a potion. It’s up to Papa Smurf and the rest of the smurfs to break into his lab and save their friend without ending up as a treat for Gargamel’s cat Azrael. Also featuring “The Smurf Not Like the Others” and “The Smurfs and the Little Ghost.” 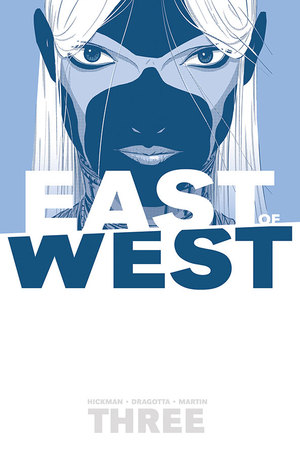 Jonathan Hickman - East ​of West 3. - There Is No Us
"There ​is no us" sees the breaking apart of the future-scape of America as the world races forward towards the apocalypse. 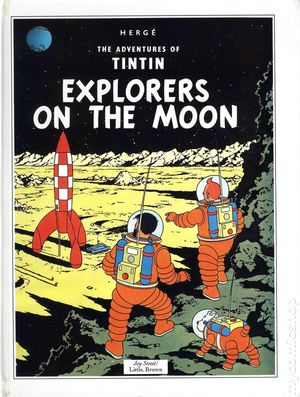 Explorers ​On The Moon Hergé
2

Hergé - Explorers ​On The Moon
Concluding ​the journey that began in _Destination Moon_, Tintin, Captain Haddock, and Professor Calculus are on their way to the moon, but unforeseen circumstances--innocent and otherwise--threaten the best-laid plans. Ever since it was first published in 1953, this technologically fascinating tale has probably been many kids' first glimpse of the mechanics involved in space travel, but the plot is as riveting as anything Herge ever wrote. -- _David Horiuchi_ 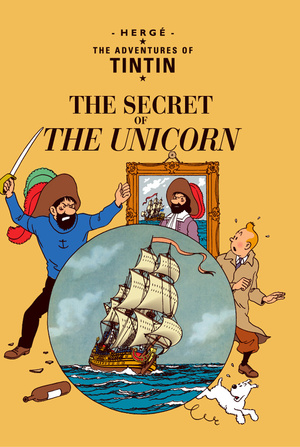 The ​Secret of the Unicorn Hergé
0

Hergé - The ​Secret of the Unicorn
In ​this classic graphic novel: Tintin stumbles across a model ship at the Old Street Market. Only it isn't just any model ship-it's the Unicorn, carved by one of Haddock's ancestors, and it holds a clue to finding pirate treasure! 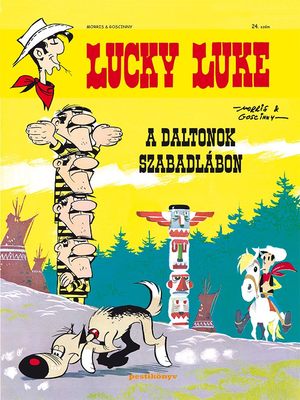 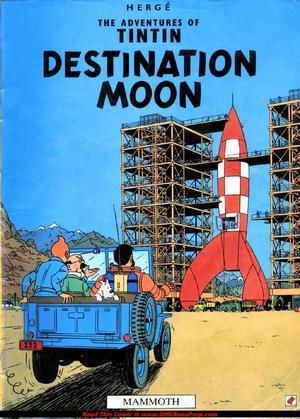 Hergé - Destination ​Moon
The ​classic graphic novel. Professor Calculus is building a rocket, but Tintin quickly realizes that there are spies around every corner trying to steal the professor's design! When Professor Calculus' rocket finally takes off for the moon, Tintin and his dog Snowy are on board. 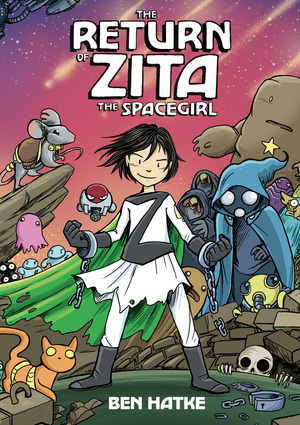 The ​Return of Zita the Spacegirl Ben Hatke
0

Ben Hatke - The ​Return of Zita the Spacegirl
Ben ​Hatke brings back our intrepid space heroine for another delightful sci-fi/fantasy adventure in this New York Times‑Bestselling graphic novel trilogy for middle grade readers. Zita the Spacegirl has saved planets, battled monsters, and wrestled with interplanetary fame. But she faces her biggest challenge yet in the third and final installment of the Zita adventures. Wrongfully imprisoned on a penitentiary planet, Zita has to plot the galaxy's greatest jailbreak before the evil prison warden can execute his plan of interstellar domination! 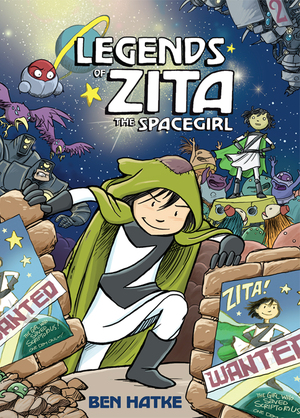 Ben Hatke - Legends ​of Zita the Spacegirl
Ben ​Hatke brings back our intrepid space heroine for another delightful sci-fi/fantasy adventure. Zita is determined to find her way home to earth, following the events of the first book. But things are never simple, and certainly never easy, in space. Zita's exploits from her first adventure have made her an intergalactic megastar! But she's about to find out that fame doesn't come without a price. And who can you trust when your true self is being eclipsed by your public persona, and you've got a robot doppelganger wreaking havoc . . . while wearing your face? Still, if anyone can find their way through this intractible mess of mistaken identity and alien invaders, it's the indomitable Zita, in Legends of Zita the Spacegirl. Legends of Zita the Spacegirl is one of Kirkus Reviews' Best Children's Books of 2012. 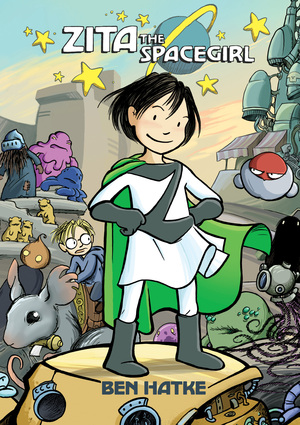 Ben Hatke - Zita ​the Spacegirl
Zita’s ​life took a cosmic left turn in the blink of an eye. When her best friend is abducted by an alien doomsday cult, Zita leaps to the rescue and finds herself a stranger on a strange planet. Humanoid chickens and neurotic robots are shocking enough as new experiences go, but Zita is even more surprised to find herself taking on the role of intergalactic hero. Before long, aliens in all shapes and sizes don’t even phase her. Neither do ancient prophecies, doomed planets, or even a friendly con man who takes a mysterious interest in Zita’s quest. Zita the Spacegirl is a fun, captivating tale of friendship and redemption from Flight veteran Ben Hatke. It also has more whimsical, eye-catching, Miyazaki-esque monsters than you can shake a stick at.

Peyo - Benny ​Breakiron - The Twelve Trials of Benny Breakiron
When ​Monsieur Dussiflard finds a lead on a long-lost ancient treasure, he and Benny Breakiron are off to the desert on the journey of a lifetime! But they're not alone; some shadowy figures from Dussiflard's past are on the trail, as well, and they might make it there first. Will Benny’s super powers win the day—or actually get in the way? Benny Breakiron's super-heroic adventures continue in this charming graphic novel series from the creator of The Smurfs!