An ​intermediate level that challenges students to make real progress and gain in confidence.
A totally new edition of the world’s most trusted English course. Tried and tested all over the world,Headway is the course that teachers and learners rely on.
Headway offers full support
In the Student’s Workbook:
-complete, guided practice of Headway Intermediate grammar
-reading texts and listening passages showing language in use
-features of pronunciation highlighted and practised
-revision and extension of vocabulary
-comprehensive answer key. 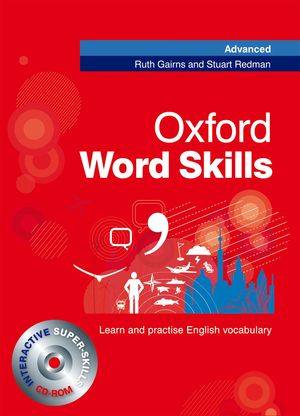 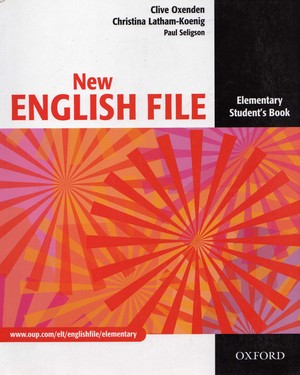 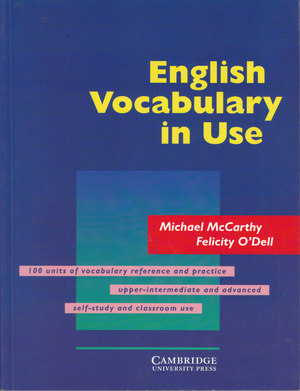 Michael McCarthy - Felicity O'Dell - English ​Vocabulary in Use - upper-intermediate & advanced
It ​was written to help you to improve your English vocabulary. It will help you to learn not only the meanings of words but also how they are used. You can use this book either with a teacher or for self-study. English Vocabulary in Use is a vocabulary book for upper-intermediate and advanced learners of English, primarily designed as a self-study reference and practice book, but can also be used for classroom work. Firmly based on current learning theory, its emphasis is on the practical needs of the learner. It aims not only to present and explain words but to demonstrate how to use them and how to work out rules for using them. Vocabulary is explained and presented on left-hand pages with a wealth of innovative follow-up activities opposite. * 100 units, covering approximately 3,000 new vocabulary items * offers learners the opportunity to consolidate and expand existing vocabulary * promotes invaluable learning techniques * gives study tips and suggests follow-up tasks * contains a comprehensive key with additional helpful comments * includes a detailed index and phonetic transcription 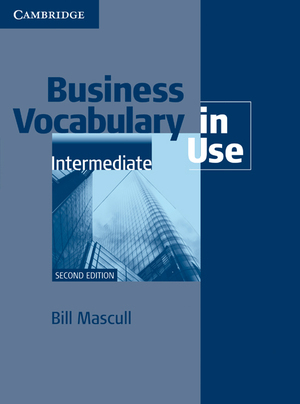 Bill Mascull - Business ​Vocabulary in Use - Intermediate
Business ​Vocabulary in Use is designed to help intermediate and upper-intermediate learners of business English improve their business vocabulary. It is for people studying English before they start work and for those already working who need English in their job. Apart from improving your business vocabulary, the book also helps you to develop the language needed for important business communication skills. You can use the book on your own for self-study, or with a teacher in the classroom, one-to-one or in groups.

E. S. C. Weiner - Andrew Delahunty - The ​Oxford Guide to English Usage
Have ​you ever had doubts about when to hyphenate two words? Confused over whether you should disassociate or dissociate yourself from something? Do you know when to spell doggie as doggy? Is it really a rule that a preposition should never fall at the end of a sentence? Now there is a single convenient source you can turn to with all your questions about how to speak and write more clearly: The Oxford Guide to English Usage, now available in a completely revised New Edition. In The Oxford Guide to English Usage Andrew Delahunty and Edmund Weiner (co-editor of the twenty-volume revised Oxford English Dictionary) provide succinct, practical advice on problems that writers struggle with every day. Designed for daily use, this marvelous handbook is organized according to basic themes (Word Formation, Pronunciation, Vocabulary, Grammar, Punctuation) and written to address the actual needs of a typical writer. Under "Word Formation," for instance, the authors offer helpful guidance on suffixes (drop the final silent e when adding -able), those troublesome hyphens, variations between British and American spelling, and why the prefix in- appears in some words and un- in others. The book's approach is consistently straightforward and practical. On the split infinitive, for example, the authors write that it should generally be avoided, but not to the extent that awkward, contorted sentences are the result. And they have this to say about prepositions: "It is a natural feature of the English language that many sentences and clauses end with a preposition, and has been since the earliest times. The alleged rule that forbids [it] should be disregarded." They also offer help on many other matters of grammar, punctuation, and pronunciation (with a thorough guide to differences in American and British usage). Along the way, the Oxford Guide to English Usage offers numerous examples from renowned writers that demonstrate proper usage--or how rules can be broken to good effect. For instance, after describing when the prefix un- should be used, the book offers this coinage by Anthony Burgess: "Joyce's arithmetic is solid and unnonsensical." In the decade since The Oxford Guide to English Usage first appeared, it has emerged as a well-thumbed favorite of students and writers everywhere. This New Edition has been completely revised to keep abreast of our rapidly changing language, featuring 20% more material, along with the wry, practical advice that has made this book a classic. 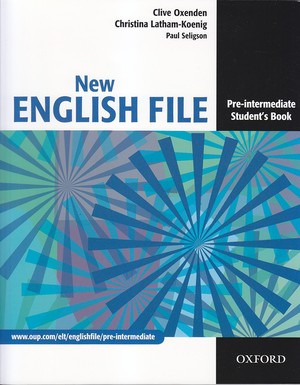 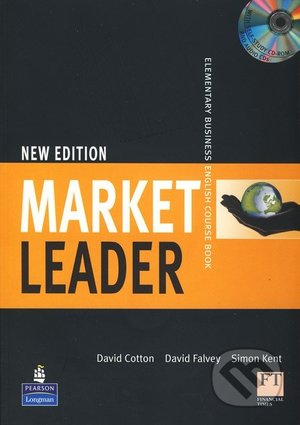 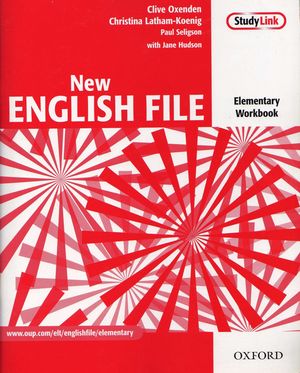 Ismeretlen szerző - Oxford ​Wordpower Dictionary
Specially ​developed to help students make the breakthrough from a basic survival vocabulary to greater confidence and fluency with the spoken and written word. 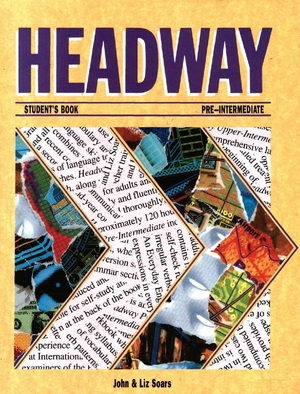 John Soars - Liz Soars - Headway ​Pre-Intermediate Student's Book
_Headway_ ​is a multi-level course for adults and young adults who want to use English both accurately and fluently. Grammar and vocabulary are taught and explained throroughtly, and all four language skills are developed systematically. The _Headway_ series combines traditional methods of language teaching and more recent communicative approaches. _Headway Elementary_ is a first-year coursebook which, along with _Headway Pre-Intermediate_, _Headway Intermediate_, _Headway Upper-Intermediate_, and _Headway Advanced_, provides a comprehensive language teaching series for the 1990s. Liz and John Soars have many years of experience as teachers and teacher trainers. Both have worked at International House, London, and Liz was one of the chief examiners of the Cambridge/RSA Dip TEFL. Each level of _Headway_ provides approximately 120 hours of teaching. Key features of _Headway Elementary_ include: - Detailed treatment of grammar in two stages: at the beginning of each unit, where it is introduced and practised in variety of activities, and then int he Grammar Summary at the end of each unit, which is suitable for self-study and revision. - Systematic vocabulary work with dictionary training. - Skills work sections for further extension and fluency work. - Integrated pronunsiation work. - An Everyday English section which practises common expressions in everyday situations. - A self-check revision section. The Student’s Book also contains reference lists of vocabulary, irregular verbs, verb patterns, phonetic symbols, and tapescripts. In addition, there is a teacher Book with photocopiable activites, two class Casettes, and Workbook with further consolidation exercises, extra imput sections, and writing syllabus. An optional Student’s Casette is available for use with the Workbook. _Headway Pre-Intermediate_ is accompanied by _Headway Pre-Intermediate Pronunciation_ and _Headway Pre-Intermediate Video_ 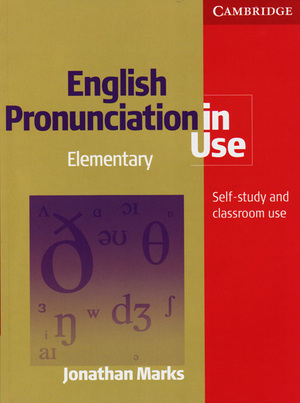 Jonathan Marks - English ​Pronunciation in Use Elementary
The ​best-selling English Pronunciation in Use is a comprehensive reference and practice book suitable for self-study or classroom work. Fifty easy-to-use units cover all aspects of pronunciation, including individual sounds, word stress, connected speech and intonation. Each unit is supported by audio material in a range of accents, available on audio CD. An additional reference section offers a glossary of specialized terms, help with the pronunciation of numbers and geographical names and fun exercises on phonemic symbols and minimal pairs. The CD-ROM provides a wide variety of additional interactive activities to reinforce the pronunciation covered in the book, as well as tests, progress checks, games and animated diagrams of the mouth showing learners how to produce individual sounds. Students can also record themselves and compare their pronunciation with one of the many models provided. 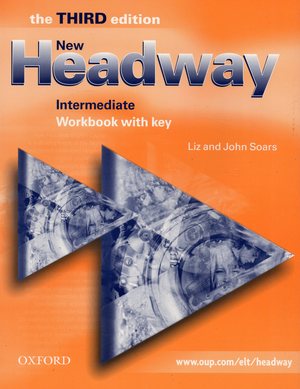 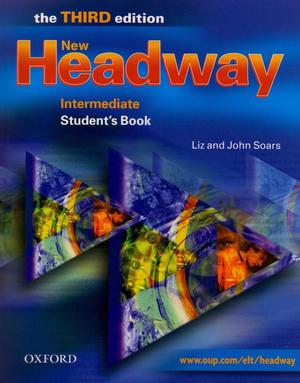 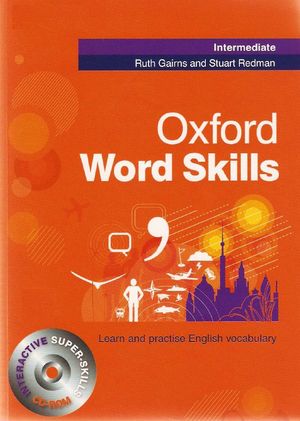 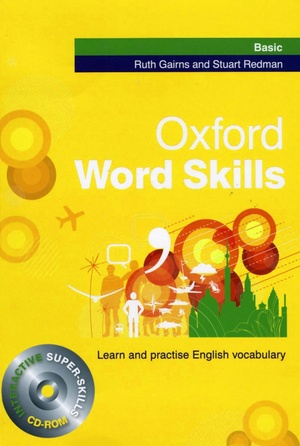 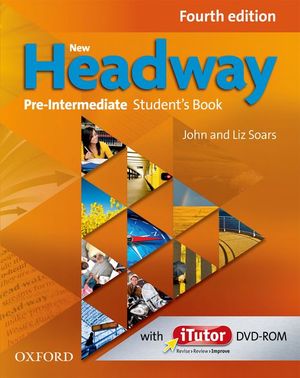