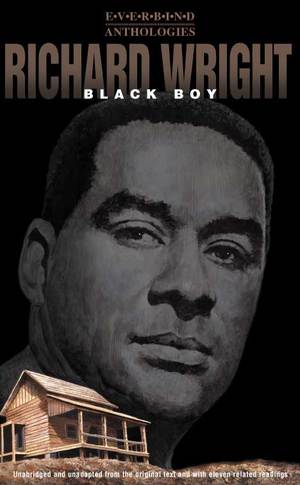 Richard Wright - Black ​Boy
Black ​Boy is a classic of American autobiography, a subtly crafted narrative of Richard Wright's journey from innocence to experience in the Jim Crow South. An enduring story of one young man's coming off age during a particular time and place, Black Boy remains a seminal text in our history about what it means to be a man, black, and Southern in America. 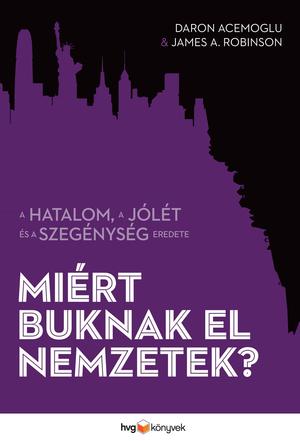 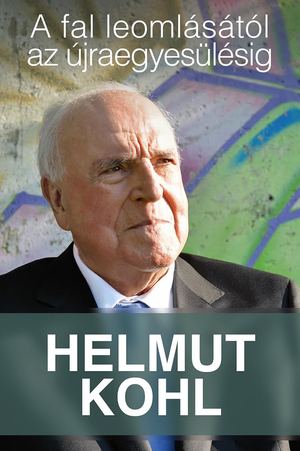 Eleni Kounalakis - Madam ​Ambassador
A ​helicopter ride to visit troops in the Afghanistan war zone, a tense meeting with the newly elected Prime Minister, and...a wild boar hunt! Eleni Kounalakis was forty-three and a land developer in Sacramento, California, when she was tapped by President Barack Obama to serve as the U.S. ambassador to Hungary under Secretary of State Hillary Clinton. During her tenure, from 2010 to 2013, Hungary was a key ally in the U.S. military surge, held elections in which a center-right candidate gained a two-thirds supermajority and rewrote the country's constitution, and grappled with the rise of Hungarian nationalism and anti-semitism. The first Greek-American woman ever to serve as a U.S. ambassador, Kounalakis recounts her training at the State Department's "charm school" and her three years of diplomatic life in Budapest--from protocols about seating, salutations, and embassy security to what to do when the deposed King of Greece hands you a small chocolate crown (eat it, of course!). A cross between a foreign policy memoir and an inspiring personal family story--her immigrant Greek father went from agricultural day laborer to land developer and major Democratic party activist--"Madam Ambassador" draws back the curtain on what it is like to represent the U.S. government abroad as well as how American embassies around the world function. 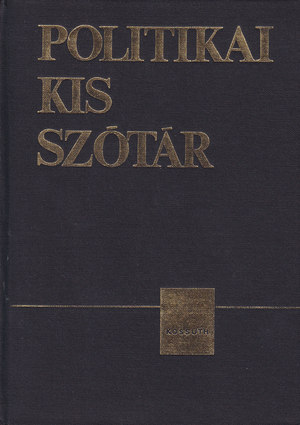 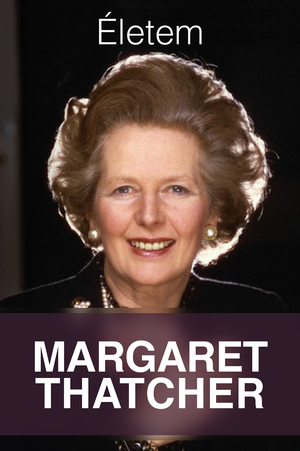 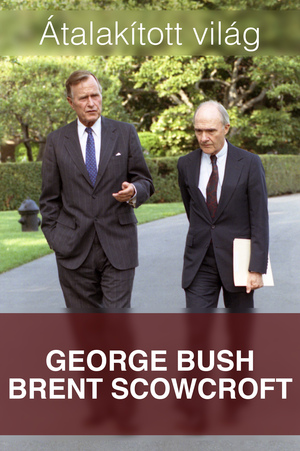 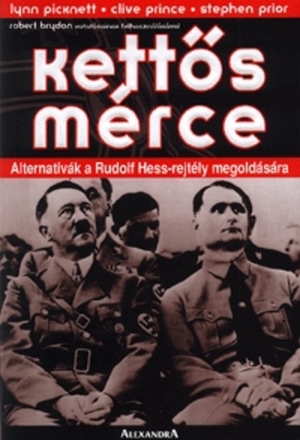 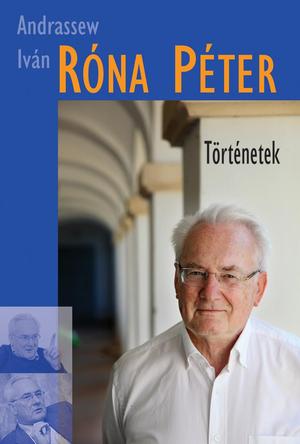 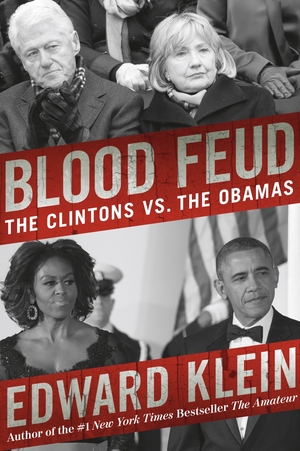 Edward Klein - Blood ​Feud
In ​this highly anticipated follow-up to his blockbuster New York Times bestseller The Amateur, former New York Times Magazine editor-in-chief Edward Klein delves into the rocky relationship between the Obamas and the Clintons. An old-school reporter with incredible insider contacts, Klein reveals just how deep the rivalry between the Obamas and the Clintons runs, with details on closed-door meetings buttressed by hundreds of interviews. Blood Feud is a stunning exposé of the animosity, jealousy, and competition between America’s two most powerful political couples. 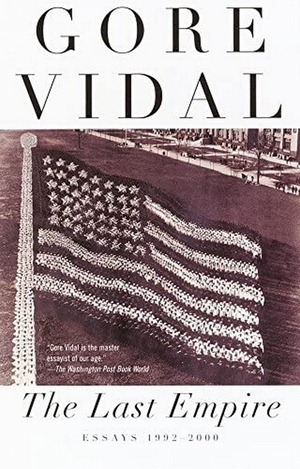 Gore Vidal - The ​Last Empire: Essays 1992-2000
Like ​his National Book Award—winning United States, Gore Vidal’s scintillating ninth collection, The Last Empire, affirms his reputation as our most provocative critic and observer of the modern American scene. In the essays collected here, Vidal brings his keen intellect, experience, and razor-edged wit to bear on an astonishing range of subjects. From his celebrated profiles of Clare Boothe Luce and Charles Lindbergh and his controversial essay about the Bill of Rights–which sparked an extended correspondence with convicted Oklahoma City Bomber Timothy McVeigh–to his provocative analyses of literary icons such as John Updike and Mark Twain and his trenchant observations about terrorism, civil liberties, the CIA, Al Gore, Tony Blair, and the Clintons, Vidal weaves a rich tapestry of personal anecdote, critical insight, and historical detail. Written between the first presidential campaign of Bill Clinton and the electoral crisis of 2000, The Last Empire is a sweeping coda to the last century’s conflicted vision of the American dream.

Douglas K. Stevenson - American ​Life and Institutions
American ​Life and Institutions is an up-to-date introduction to the United States of America and her people. At an intermediate to advanced level of language difficulty, it provides an integrative view of American society, history, economics, politics, media, and culture. It challenges established ideas of what America is, documents current trends, and attempts to place in context the often fragmented information about the U.S. found in many textbooks and conveyed through the media. The first edition was written with the assumption that most of its readers would be Europeans and, indeed, western Europeans. To our surprise, the book found a much wider audience. It was reprinted in countries such as Poland, Japan, the Philippines and India and translated into Arabic, Chinese, Bengali, and Bulgarian, among other languages. As a result, this second edition continues the emphasis of the first, but acknowledges this larger, international readership as well. Similarly, readers' interests and suggestions have led to two new chapters in this edition. One (Chapter VII) is on the environment and also includes information on consumer affairs. The other (Chapter XII) concerns the United States in its changing and complex role as "a nation among nations." At the same time, the original intent has been retained: to provide an up-to-date, introductory, and integrative view of American and Americans in a compact, readable form. The volume is suitable, therefore, both as a classroom reader and as a reference work providing foundation for further study. The first chapter is an essential introduction. Each of the others is a self-contained unit, presenting one major area of American society. The chapters need not be read in order. To distill the complex and rapidly changing nature of America and American life into a balanced survey is a daunting task. This is especially so as "what America is" is a question that has been continually argued for over two hundred years. The greatest appreciation is therefore given to those colleagues, American and European, who lent their patient support, insights into things American and critical intelligence. Above all, our thanks to J.B stone, H.K.S., and N.O'D. 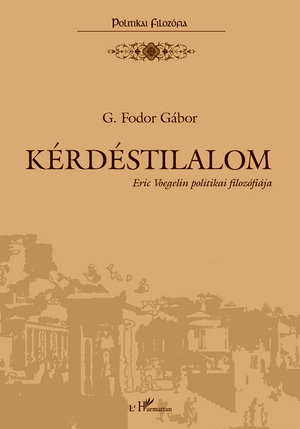 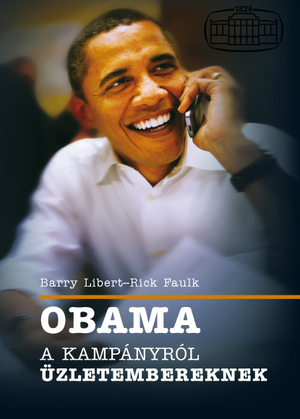 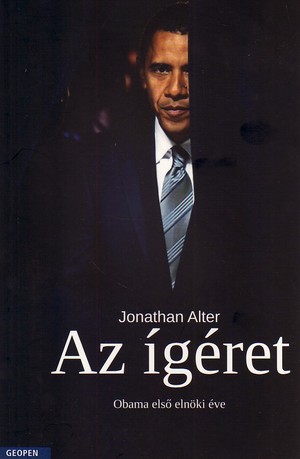 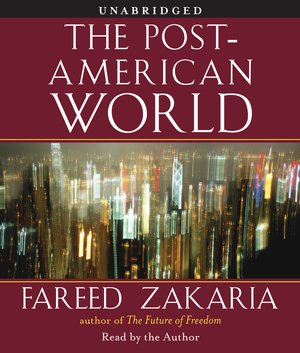 Fareed Zakaria - The ​Post-American World
"This ​is not a book about the decline of America, but rather about the rise of everyone else." So begins Fareed Zakaria's important new work on the era we are now entering. Following on the success of his best-selling The Future of Freedom, Zakaria describes with equal prescience a world in which the United States will no longer dominate the global economy, orchestrate geopolitics, or overwhelm cultures. He sees the "rise of the rest"-the growth of countries like China, India, Brazil, Russia, and many others-as the great story of our time, and one that will reshape the world. The tallest buildings, biggest dams, largest-selling movies, and most advanced cell phones are all being built outside the United States. This economic growth is producing political confidence, national pride, and potentially international problems. How should the United States understand and thrive in this rapidly changing international climate? What does it mean to live in a truly global era? Zakaria answers these questions with his customary lucidity, insight, and imagination. 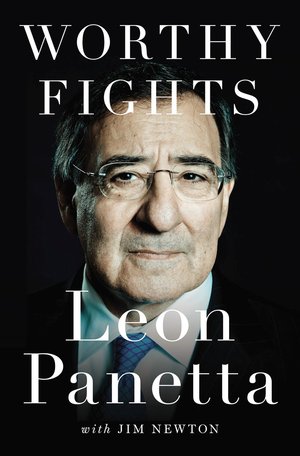 Leon Panetta - Jim Newton - Worthy ​Fights
_The ​inspiring and revelatory autobiography of the defense secretary and CIA director who led the intelligence war that killed Bin Laden, among many important roles in a legendary career_ It could be said that Leon Panetta has had two of the most consequential careers of any American public servant in the past fifty years. His first career, beginning as an army intelligence officer and including a distinguished run as one of Congress’s most powerful and respected members, lasted thirty-five years and culminated in his transformational role as Clinton’s budget czar and White House chief of staff. He then “retired” to establish the Panetta Institute with his wife of fifty years, Sylvia; to serve on the Iraq Study Group; and to protect his beloved California coastline. But in 2009, he accepted what many said was a thankless task: returning to public office as the director of the CIA, taking it from a state of turmoil after the Bush-era torture debates and moving it back to the vital center of America’s war against Al Qaeda, including the campaign that led to the killing of Osama bin Laden. And then, in the wake of bin Laden’s death, Panetta became the U.S. secretary of defense, inheriting two troubled wars in a time of austerity and painful choices. Like his career, Worthy Fights is a reflection of Panetta’s values. It is imbued with the frank, grounded, and often quite funny spirit of a man who never lost touch with where he came from: his family’s walnut farm in beautiful Carmel Valley, California. It is also a testament to a lost kind of political leadership, which favors progress and duty to country over partisanship. Panetta is a Democrat who pushed for balanced budgets while also expanding care for the elderly and sick; a devout Catholic who opposes the death penalty but had to weigh every drone strike from 2009 through 2011. Throughout his career, Panetta’s polestar has been his belief that a public servant’s real choice is between leadership or crisis. Troubles always come about through no fault of one’s own, but most can be prevented with courage and foresight. As always, Panetta calls them as he sees them in Worthy Fights. Suffused with its author’s decency and stubborn common sense, the book is an epic American success story, a great political memoir, and a revelatory view onto many of the great figures and events of our time.