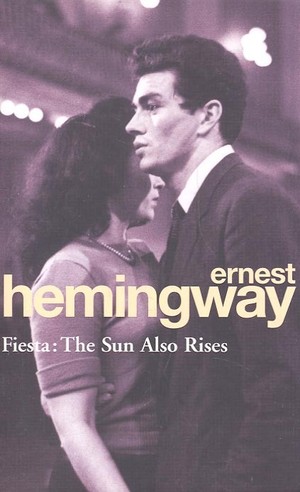 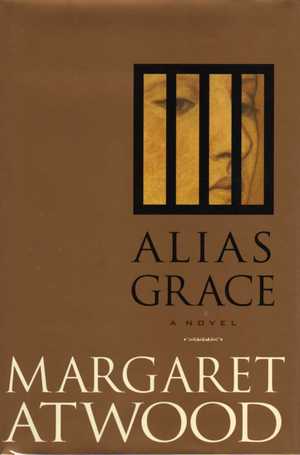 Margaret Atwood - Alias ​Grace (angol)
In ​Alias Grace, bestselling author Margaret Atwood has written her most captivating, disturbing, and ultimately satisfying work since The Handmaid's Tale. She takes us back in time and into the life of one of the most enigmatic and notorious women of the nineteenth century. Grace Marks has been convicted for her involvement in the vicious murders of her employer, Thomas Kinnear, and Nancy Montgomery, his housekeeper and mistress. Some believe Grace is innocent; others think her evil or insane. Now serving a life sentence, Grace claims to have no memory of the murders. Dr. Simon Jordan, an up-and-coming expert in the burgeoning field of mental illness, is engaged by a group of reformers and spiritualists who seek a pardon for Grace. He listens to her story while bringing her closer and closer to the day she cannot remember. What will he find in attempting to unlock her memories? Is Grace a female fiend? A bloodthirsty femme fatale? Or is she the victim of circumstances? 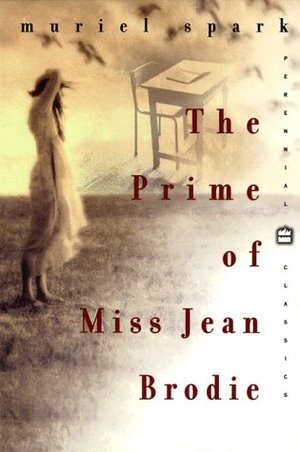 Muriel Spark - The ​Prime of Miss Jean Brodie
Romantic, ​heroic, comic and tragic, unconventional schoolmistress Jean Brodie has become an iconic figure in post-war fiction. Her glamour, freethinking ideas and manipulative charm hold dangerous sway over her girls at the Marcia Blaine Academy - the 'crème de la crème' - who become the Brodie Set, introduced to a privileged world of adult games that they will never forget. 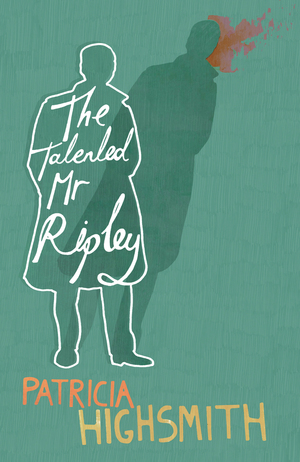 Patricia Highsmith - The ​Talented Mr Ripley
Tom ​Ripley is struggling to stay one step ahead of his creditors and the law, when an unexpected acquaintance offers him a free trip to Europe and a chance to start over. Ripley wants money, success and the good life and he's willing to kill for it. When his new-found happiness is threatened, his response is as swift as it is shocking. 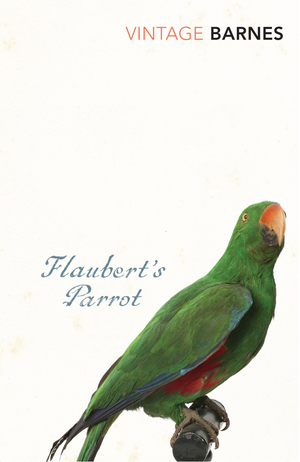 Julian Barnes - Flaubert's ​Parrot
Which ​of two stuffed parrots was the inspiration for one of Flaubert's greatest stories? Why did the master keep changing the colour of Emma Bovary's eyes? And why should it matter so much to Geoffrey Braithwaite, a retired doctor haunted by a private secret? In Flaubert's parrot, Julian Barnes spins out a multiple mystery of obsession and betrayal (both scholarly and romantic) and creates an exuberatnt enquiry into the ways in which art mirrors life and then turns around to shape it. 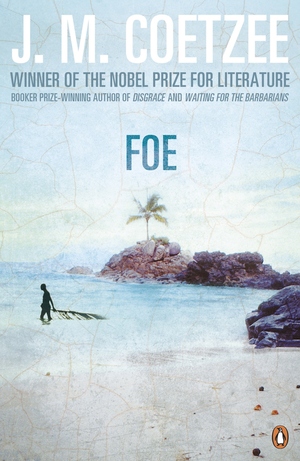 J. M. Coetzee - Foe ​(angol)
With ​the same electrical intensity of language and insight that he brought to Waiting for the Barbarians and The Master of Petersburg, J.M. Coetzee reinvents the story of Robinson Crusoe - and in so doing, directs our attention to the seduction and tyranny of storytelling itself. In 1720 the eminent man of letters Daniel Foe is approached by Susan Barton, lately a castaway on a desert island. She wants him to tell her story, and that of the enigmatic man who has become her rescuer, companion, master and sometime lover: Cruso. Cruso is dead, and his manservant, Friday, is incapable of speech. As she tries to relate the truth about him, the ambitious Barton cannot help turning Cruso into her invention. For as narrated by Foe - as by Coetzee himself - the stories we thought we know acquire depths that are at once treacherous, elegant, and unexpectedly moving. 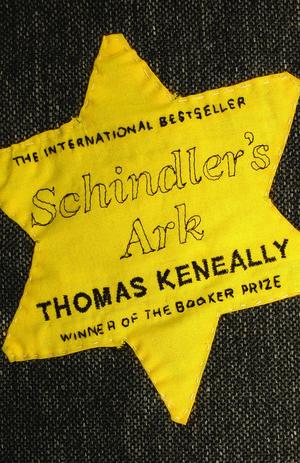 Thomas Keneally - Schindler's ​List
During ​World War II, Nazi Party member Oskar Schindler took over a formerly Jewish-owned Polish factory. In order to save the lives of his workers he persuaded the Nazis to let him build a new factory and allow him to draw up a list of a thousand Jews to work at the camp. 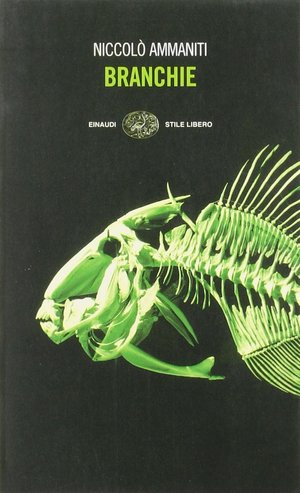 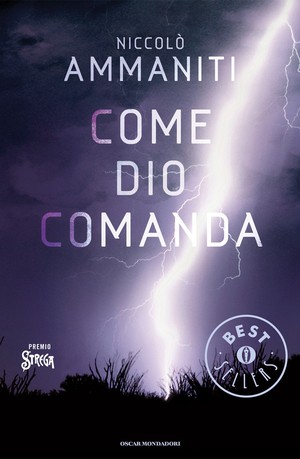 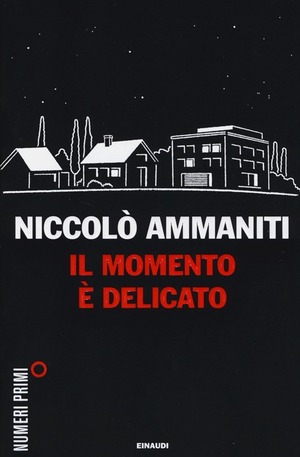 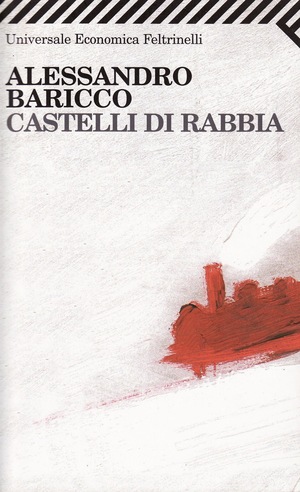 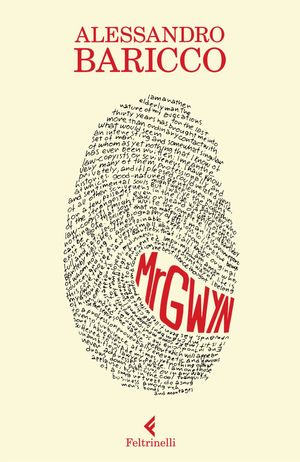 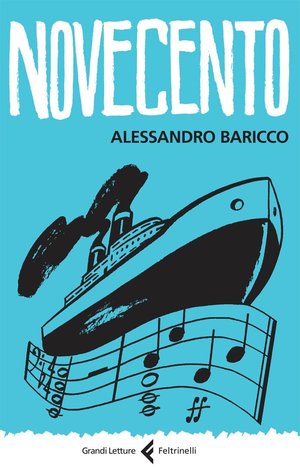 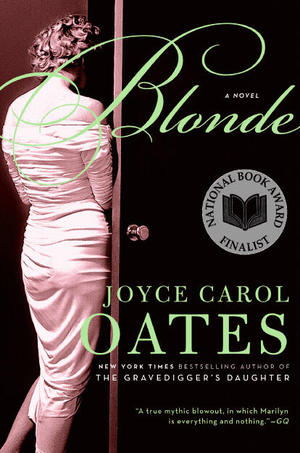 Joyce Carol Oates - Blonde
Dramatic, ​provocative and unsettlingly suggestive, Blonde is as much a bombshell as its protagonist, the legendary Marilyn Monroe. Writing in highly charged, impressionistic prose, Oates creates a striking and poignant portrait of the mythic star and the society that made and failed her. In a five-part narrative corresponding to the stages of Monroe's life, Oates renders the squalid circumstances of Norma Jeane's upbringing: the damage inflicted by a psychotic mother and the absence of an unknown (and perpetually yearned for) father, and the desolation of four years in an orphanage and betrayal in a foster home. She reviews the young Monroe's rocky road to stardom, involving sexual favors to studio chiefs who thought her sluttish, untalented and stupid, while they reaped millions from her movies; she conveys the essence of Monroe's three marriages and credibly establishes Monroe's insatiable need for security and love. To a remarkable extent, she captures Monroe's breathy voice and vulnerable stutter, and the almost schizoid personality that produced her mercurial behavior. (Emotionally volatile, fey, self-absorbed, and frightened, Monroe could also be tough, outspoken, vulgar--her notorious perfectionism a shield against the ridicule and failure that Oates claims she continually feared.) As Oates demonstrated early in her career in Them, and in many books since, she has an impressive ability to empathize with people in the underclass, and her nuanced portrait of "MM" carries psychological truth. Oates sees Monroe as doomed from the beginning by heredity and fate, and hurried to her death by a combination of cynical Hollywood exploitation, dependence on drugs and flawed choices of lovers and mates: JFK's cruel manipulation and shadowy intervention is the final blow to her fragile ego and her very existence. It is no surprise when, at the end, Oates subscribes to a controversial theory about Monroe's demise. Meanwhile, she draws a sharp-eyed picture of Hollywood during the 1940s and '50s; introduces a cast of movie-town personalities, from actors and agents to producers, directors and studio heads; creates intriguing character sketches of Joe DiMaggio and Arthur Miller; and conveys a nation's fascination with a cultural icon. The inevitable drawbacks in a book of this sort--deliberate omission of events, imaginative reconstruction of public and other events from Monroe's point of view--are problematical but not crucial. In an author's note, Oates declares that her novel "is not intended as a historic document." Yet she illuminates the source of her subject's long emotional torment as few factual biographies ever do. 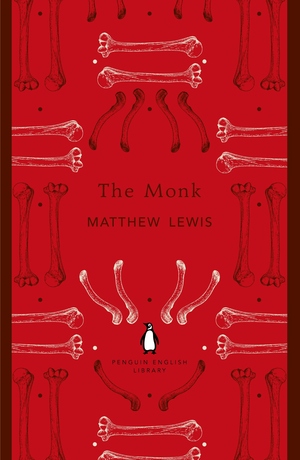 Matthew Lewis - The ​Monk
Methinks, ​Oh! vain ill-judging Book, I see thee cast a wishful look, Where reputations won and lost are In famous row called Paternoster. Incensed to find your precious olio Buried in unexplored port-folio, You scorn the prudent lock and key, And pant well bound and gilt to see Your Volume in the window set Of Stockdale, Hookham, or Debrett. Go then, and pass that dangerous bourn Whence never Book can back return: And when you find, condemned, despised, Neglected, blamed, and criticised, Abuse from All who read you fall, (If haply you be read at all Sorely will you your folly sigh at, And wish for me, and home, and quiet. 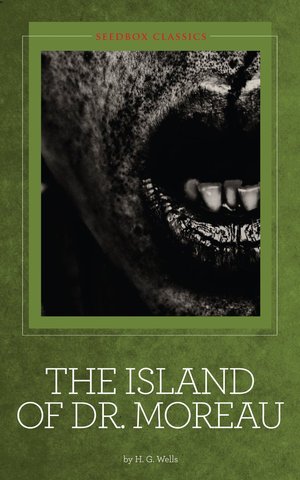 H. G. Wells - The ​Island of Doctor Moreau
A ​shipwreck in the South Seas, a palm-tree paradise where a mad doctor conducts vile experiments, animals that become human and then "beastly" in ways they never were before - it's the stuff of high adventure. It's also a parable about Darwinian theory, a social satire in the vein of Jonathan Swift (Gulliver's Travels), and a bloody tale of horror. 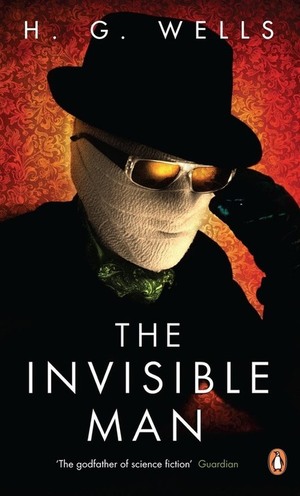 H. G. Wells - The ​Invisible Man
H.G. ​Wells' great novel of the dangers of science describes a man cast out from society by his own terrifying discovery. THE INVISIBLE MAN tells the story of Griffin, a brilliant and obsessed scientist dedicated to achieving invisibility. Taking whatever action is necessary to keep his incredible discovery safe, he terrorises the local village where he has sought refuge. Wells skilfully weaves the themes of science, terror and pride as the invisible Griffin gradually loses his sanity and, ultimately, his humanity. 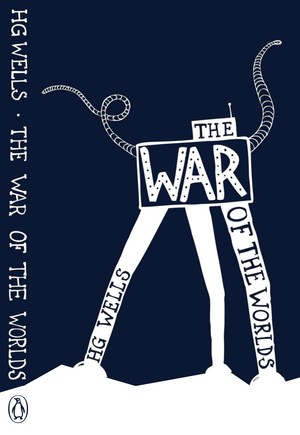 H. G. Wells - The ​War of the Worlds
The ​War of the Worlds (1898) is a science fiction novel by H. G. Wells. It describes the experiences of an unnamed narrator who travels through the suburbs of London as the Earth is invaded by Martians. It is one of the earliest stories that details a conflict between mankind and an alien race. The War of the Worlds is split into two parts, Book one: The Coming of the Martians, and Book two: The Earth under the Martians. The novel is narrated by a writer of philosophical articles who throughout the narrative struggles to reunite with his wife, while witnessing the Martians rampaging through the southern English counties. Part one also features the tale of his brother, who accompanies two women to the coast in the hope of escaping England as it is invaded. 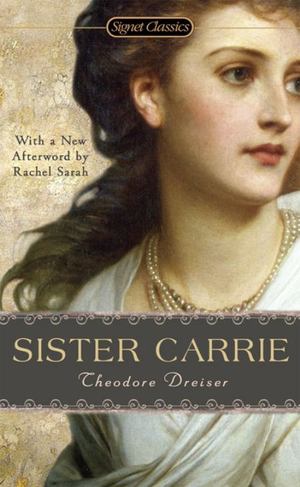 Theodore Dreiser - Sister ​Carrie
Theodore ​Dreiser had a hardscrabble youth and the years of newspaper work behind him when he began his first novel, Sister Carrie, the story of a beautiful Midwestern girl who makes it big in New York City. Published by Doubleday in 1900, it gained a reputation as a shocker, for Dreiser had dared to give the public a heroine whose "cosmopolitan standard of virtue" brings her from Wisconsin, with four dollars in her purse, to a suite at the Waldorf and glittering fame as an actress. With Sister Carrie, the original manuscript of which is in the New York Public Library collections, Dreiser told a tale not "sufficiently delicate" for many of its first readers and critics, but which is now universally recognized as one of the greatest and most influential American novels.