The ​Magyar Kocka, or Hungarian Cube, is a standardized type of residential house in Hungary that dates back to the 1920s. It was designed as a radically functional single-family home for Budapest’s suburbs and housing projects, but it became closely identified with the postwar communist era, when many villages were rebuilt with uniform rows of single-family homes, and the Hungarian Cube—often renamed the Kádár Kocka, after Hungary’s communist president, János Kádár, became ubiquitous.

In Hungarian Cubes, German-Hungarian artist Katharina Roters explores the one aspect of the Magyar Kocka that could be individualized: the ornamental decorations on their facades. Roters strips the houses she photographs of all surplus details, clearing out fences, railings, antennas, road signs, power lines, and the like, which enables the viewer to focus on the ornaments—and to see how they offered a rare opportunity for individualism and even protest under the conformity of the communist system. 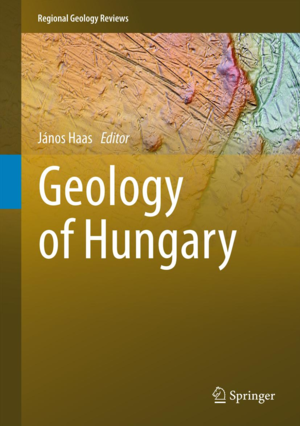 Ismeretlen szerző - Geology ​of Hungary
The ​aim of the publication of an English version of the ”Geology of Hungary” in a single volume is to present an outline of the main features of the geology and geohistory of the region for the benefit of foreign geoscientists interested in this area. In developing the text we attempted to follow the evolutionary history of the major structural units. Naturally it was not possible to follow this principle in discussing the polymetamorphic complexes. In such cases a lithological-lithostratigraphic approach was applied. Due to the geohistorical approach to this study it was necessary to extend the scope of the discussion beyond the present-day political boundaries of Hungary, to cover most of the Pannonian region. 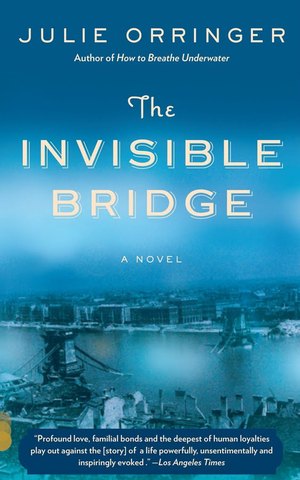 Julie Orringer - The ​Invisible Bridge
Paris, ​1937. Andras Lévi, an architecture student, has arrived from Budapest with a scholarship, a single suitcase, and a mysterious letter he has promised to deliver to Clara Morgenstern, a young widow living in the city. When Andras meets Clara he is drawn deeply into her extraordinary and secret life, just as Europe's unfolding tragedy sends them both into a state of terrifying uncertainty. From a remote Hungarian village to the grand opera houses of Budapest and Paris, from the despair of a Carpathian winter to an unimaginable life in forced labour camps and beyond, The Invisible Bridge tells the story of a marriage tested by disaster and of a family threatened with annihilation, bound by love and history.

Rem Koolhaas - Delirious ​New York
Manhattan ​is the arena for the terminal stage of Western civilization. Throught the simultaneous explosion of human density and invasion of new technologies, Manhattan became, from 1850 on, a mythical laboratory for the invention and testing of a revolutionary lifestyle: the Culture of Congestion. _Delirious New Yor_ first published in 1978, is a poliemical investigation of that Manhattan: it documents the symbiotic relationship between its mutant metropolitan culture and the unique architecture to which it gave rise - though this book argues that it often appears that the architecture generated the culture. This book exposes the consistency and coherence of the seemingly unrelated episodes of Manhattan's urbanism: it is an interpretation that establishes New York as the product of an unformulated movement, Manhattanism, whwose true program was so outrageous that in order for it to be realized it could never be openly declared. _Delirious New York_ is a retroactive manifesto of Manhattan's architectural enterprise: it untangles theories, tactics and dissimulations to establish the desires of Manhattan's collective unconscious as realities in the Grid. 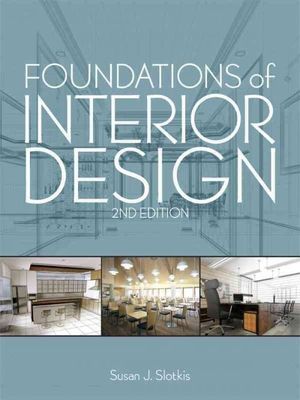 Susan J. Slotkis - Foundations ​of Interior Design
Foundations ​of Interior Design, 2nd Edition is a comprehensive introduction to the creative, technical, and business knowledge required by the interior design profession. The book encompasses color theory, design history, architectural elements, finishing touches, trend forecasting and the basics of running a business, and includes an integrated CD-ROM designed to help students apply what they learn in a hands-on fashion. This thoroughly updated 2nd edition, which addresses contemporary concerns such as sustainability, universal design and adaptive reuse, is richly illustrated with images that reflect current trends in products and interiors. The book is rooted in a practical approach to creating safe, comfortable and aesthetically pleasing spaces for residential and contract clients.

dr. Plihál Katalin - The Finest Illustrated Maps of Hungary
Maps are true reflections of history. They offer snapshots of conditions in the region they deal with at a given moment. The present volume invites the readers for a journey in time by means of early and more recent maps preserved in the National Széchényi Library. The journey begins with the Tabula Hungariae published in 1528, the most beautifully executed map of a country in the first half of the 16th century, and the richest in geographical content that became a UNESCO-protected cultural treasure in 2007. Then come maps from the period of the Turkish occupation, maps of castles and sieges, and finally ones made after the expulsion of the Turks. We take excursions also in 18th-century Transylvania, and in Southeastern Europe, as well. Some maps in the volume present contemporary Hungarian costumes, inform us about the distribution of the nationalities, or give an overview of Franciscan monasteries in the country. They offer a peculiar insight into political and military events considered important at the time of their making, which makes the book an unparallelled selection in its kind. These maps are geographic masterpieces and enrapturing pieces of art at the same time. The volume is made special also by the fact that it not only offers valuable information about the birth of the maps, the lives of their creators, and the technical aspects of mapmaking but makes a close scrutiny possible on the enclosed DVD. Come with us, the journey is going to be delightful. 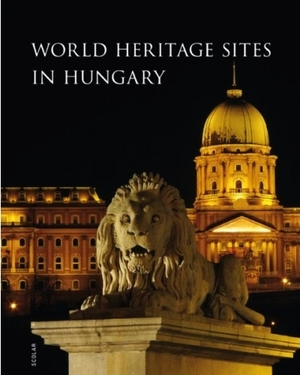 Justin Pollard - Wonders ​of the Ancient World
Beautiful ​color illustrations of some of the best design and engineering examples around the world, including Stonehenge, Great pyramid and The Sphinx, Temple of Solomon, etc. Glossary, Index, Further Reading. 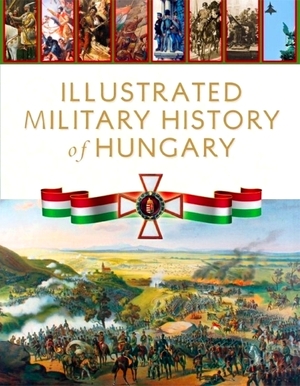 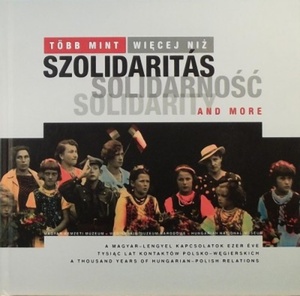 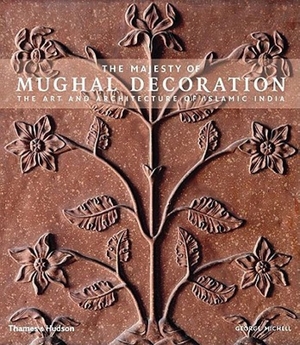 George Michell - Mumtaz Currim - The ​Majesty of Mughal Decoration
An ​exquisitely illustrated survey of the decorative motifs and visual themes from one of the great artistic periods in Indian history. Mughal decorative arts delight in arabesque and geometric designs, as well as scenes of nature (flowers, birds, and animals) and human pleasure (music, dancing, feasting, love-making). Master craftsmen at the Mughal and Rajput courts employed a variety of materials and techniques to produce marble panels inlaid with semi-precious stones, sandstone screens perforated with geometric designs, brass vessels inlaid with strips of silver and gold, jade drinking cups, dagger hilts encrusted with rubies and emeralds, and costumes and sashes embroidered with silk and golden threads. No less gorgeous were the vividly toned and exquisitely detailed miniature paintings that portrayed contemporary events as well as epic tales. Drawing on the finest and most representative examples in public and private collections in India, Europe, and America, this stunning survey examines common decorative motifs and themes in Mughal art. More than 300 illustrations amply convey the virtuoso workmanship and the sheer elegance of design common to all objects. It will be an essential reference work for art historians, designers, and anyone interested in the arts and life of India. 300+ color photographs and illustrations.

Agri-Food ​Trade between Hungary and the EU Fertő Imre
0

Fertő Imre - Agri-Food ​Trade between Hungary and the EU
Hungary ​is due to become a member of the European Union in 2004. As a precursor to full accession, an Association Agreement, signed in 1991, has promoted partial liberalisation of bilateral trade. The book investigates systematically the pattern of agricultural trade between Hungary and the EU during the 1990s, employing various theoretical concepts and empirical methods.

Paolo Portoghesi - Nature ​and Architecture
"Nature," ​wrote Novalis in a poem of Fragments, "is a magical city frozen in stone." This book, instead, considers architecture as the magical transcription of the shapes and laws of nature into the artificial universe of the city. Following on in the wake of modern art's urge to conjure up the primordial paths of expressionism, this book explores the natural origin of architectural archetypes: the column, the house, the wall, the door, the temple, the tower, etc. No matter the age or civilisation, all these elements are eternally present in the building activities of mankind. Evolving from research carried out in the sixties, this book not only examines the differences and similarities between natural and architectural forms, but it also draws comparisons between natural forms and the precepts and ideas that over the centuries have characterised the architecture of different cultures, not so much in order to highlight a manifest naturalistic inspiration but rather to comprehend the unity to which the human mind and the secret order of natural forms both belong. While acknowledging the central role of ecology, this book refers to the extraordinary achievements of science, especially the one that goes by the name of "new paradigm," to show architecture the way in which continuity and innovation can finally unite. An architecture which, fuelled by the spirit of a new alliance, becomes again the art of inhabiting the earth, putting aside its role as instrument and emblem of that thirst for dominion and violence enunciated by Bacon. A feminine architecture, far from the arrogance of the Babelic twilight years of the 20th century.