On ​the way to a lunch meeting of her local book discussion group, the Uppity Women, small-town Southern librarian Aurora “Roe” Teagarden is shocked and dismayed to find her sister-in-law, Poppy, lying bloody and dead right outside her own back door. Poppy had her flaws, certainly – she and her husband were having trouble staying faithful to each other – but she didn’t deserve to be so brutally murdered." Investigating a case like this is never easy, of course, given the gossipy atmosphere of any small town, what with Poppy and her husband’s extramarital affairs, the local police detective, who also happens to be a former boyfriend of Roe’s, and his seemingly unresolved feelings of Poppy, and the need to protect Poppy’s family. But Roe is also coping with a burgeoning romantic relationship as well as the sudden appearance of her teenaged half brother. All in all, it’s a lot for one woman to have on her plate, even one as together as Roe. 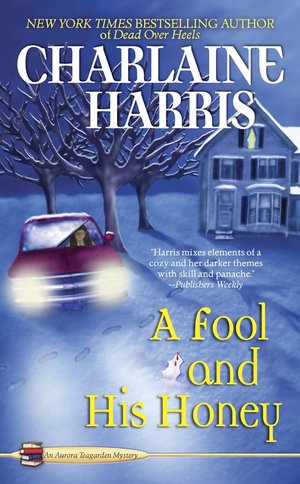 A ​Fool and His Honey Charlaine Harris
0

Charlaine Harris - A ​Fool and His Honey
Aurora’s ​been around long enough to know that when a day starts out with your handyman going crazy in your front yard, it probably won’t get any better. Sure enough, her husband Martin’s niece Regina shows up with a baby whom no one knew she was expecting. Then she disappears, leaving behind the child—and a murdered husband. To find her, Roe and Martin retrace her steps from sunny Georgia back to snowy Ohio, where they will uncover dark family secrets—at their own peril. 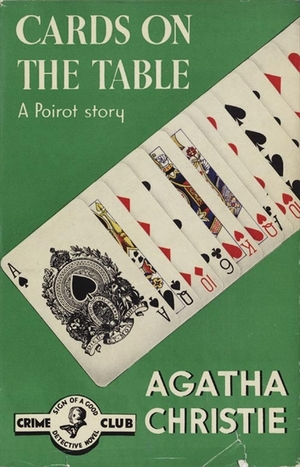 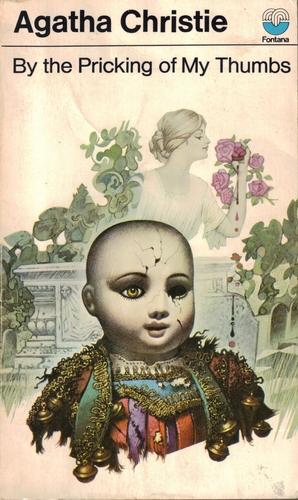 By ​the Pricking of My Thumbs Agatha Christie
6 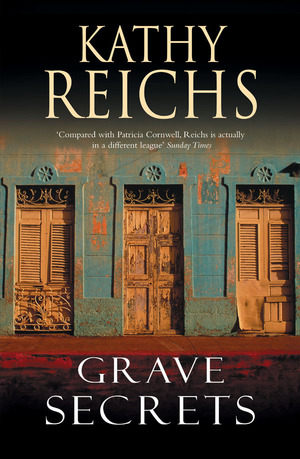 Kathy Reichs - Grave ​Secrets
Guatemala, ​in the searing heat. The bones of a child no more than two years old are uncovered when mass graves are excavated. Twenty-three women and children are said to lie where forensic anthropologist Dr Temperance Brennan is searching for remains, in what is one of the most heartbreaking cases of her career. Then four young girls go missing from Guatemala City... And when a skeleton is found in a septic tank at the back of a run down hotel, only someone with Tempe's expertise can deduce who the victim was and how they died. But her path is blocked: it appears that some people would prefer that Guatemala's 'disappeared' stayed buried. And others seem to want the missing girls kept the same way... 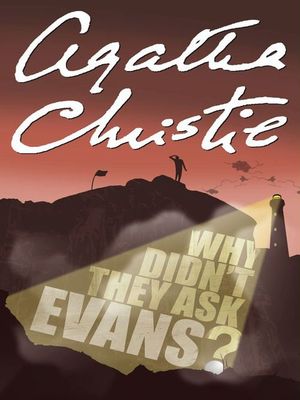 Agatha Christie - Why ​Didn't They Ask Evans?
When ​a man plunges down a cliff, two adventurous young friends decide to find his killer! While playing an erratic round of golf, Bobby Jones slices his ball over the edge of a cliff. His ball is lost, but on the rocks below he finds the crumpled body of a dying man. With his final breath the man opens his eyes and says, 'Why didn't they ask Evans?' Haunted by these words, Bobby and his vivacious companion, Frankie, set out to solve a mystery that will bring them into mortal danger! 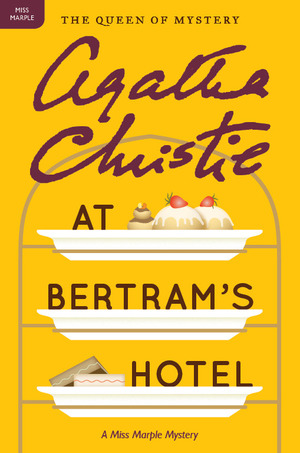 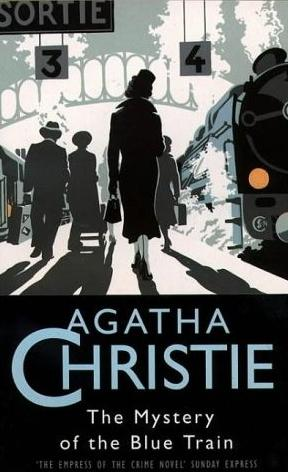 The ​Mystery of the Blue Train Agatha Christie
6 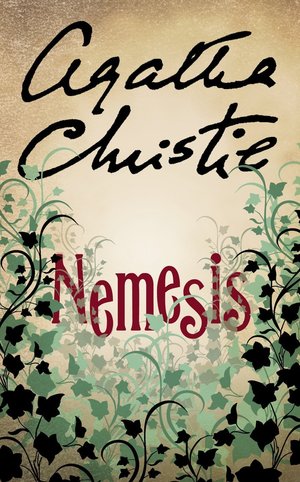 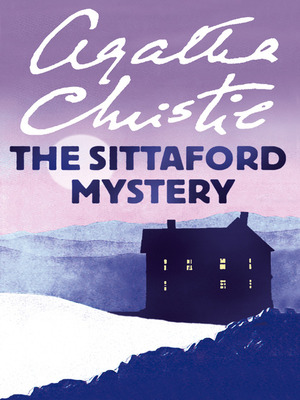 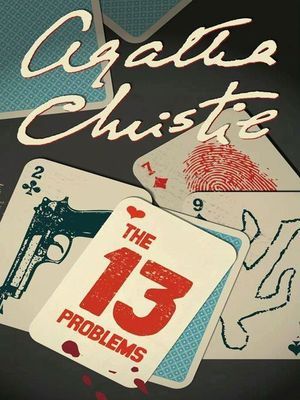 Agatha Christie - The ​Thirteen Problems
The ​Tuesday Night Club gathers at Miss Marple’s house where the conversation turns to unsolved crimes… As each of her guests is mystified by the sinister tales they tell one another, there is a ruthless precision in Miss Marple’s pursuit of the killers…and a few surprises in store for ‘The Tuesday Night Club’. ‘The plots are so good that one marvels… most of them would have made a full-length thriller.’ Daily Mirror

After ​the Funeral Agatha Christie
5 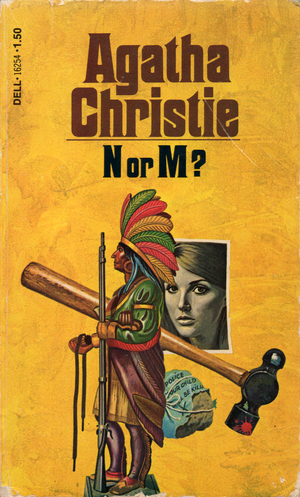 Agatha Christie - N ​or M?
After ​the outbreak of the Second World War and many years after they worked for British intelligence, Tommy and Tuppence Beresford feel useless and sidelined. When Tommy is approached to go undercover once more, however, Tuppence decides to join him on his mission whether she is wanted or not. The duo begin a search for a German agent who may have infiltrated British command. Another British agent that was following these Germans left a cryptic message on his deathbed: "N or M. Song Susie". Grant knew that "Song Susie" stood for Sans Souci, a hotel in Leahampton, and N and M were two German spies, one male and one female. Tommy is to go to Sans Souci to investigate whether N, M or both are at the hotel and to figure out their identities. The plot of the book is filled with many plot-twists and an action-packed denouement. 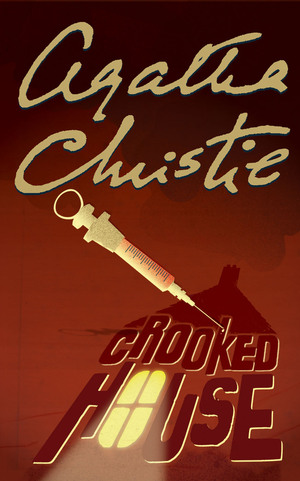 Agatha Christie - Crooked ​House
Three ​generations of the Leonides family live together in a large, if somewhat crooked looking, house. Then the wealthy patriarch, Aristide, is murdered. Suspicion falls on the whole household, including Aristide’s two sons, his widow – fifty years his junior – and even his three grandchildren. Could any member of this seemingly devoted family have had a hand in his death? Can Charles Hayward, fiancé of the late millionaire’s granddaughter, help the police find the killer and clear his loved one's name? 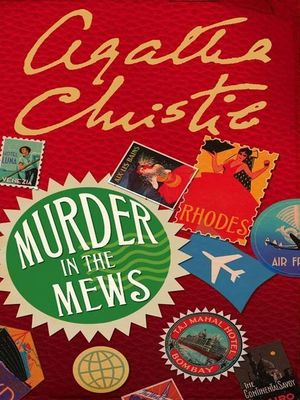 Murder ​in the Mews Agatha Christie
4