When a desperate village elder learns that his daughter has been abducted by vampire Noble Mayerling, he turns to the mysterious Vampire Hunter D to save her. However, with not just his daughter’s life but her very soul in peril, her father also enlists the aid of the notorious Marcus clan, a dangerous and renegade family of Hunters as infamous for killing off the competition as they are for getting their man.

D’s task becomes ever-more daunting as the fleeing Mayerling bends an entire village to his will, enlisting a horrific cadre of human/monster half-breeds. Powerful as D is, can he prevail against the force of sheer numbers of such diabolical adversaries?

DH Press and Digital Manga Publishing are proud to continue presenting the classic novels in the Vampire Hunter D series for the first time to English speaking fans everywhere! 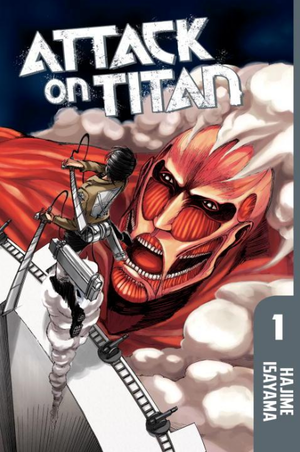 Hajime Isayama - Attack ​on Titan 1.
In ​this post-apocalytpic sci-fi story, humanity has been devastated by the bizarre, giant humanoids known as the Titans. Little is known about where they came from or why they are bent on consuming mankind. Seemingly unintelligent, they have roamed the world for years, killing everyone they see. For the past century, what's left of man has hidden in a giant, three-walled city. People believe their 100-meter-high walls will protect them from the Titans, but the sudden appearance of an immense Titan is about to change everything. Winner of the 2011 Kodansha Manga Award (Shonen) and nominated for the prestigious Osamu Tezuka Cultural Prize for 2012.

Hitoshi Iwaaki - Parasyte ​1.
SILENT ​INVASION They arrive in silence and darkness. They descend from the skies. They have a hunger for human flesh. They are everywhere. They are parasites, alien creatures who must invade–and take control of–a human host to survive. And once they have infected their victims, they can assume any deadly form they choose: monsters with giant teeth, winged demons, creatures with blades for hands. But most have chosen to conceal their lethal purpose behind ordinary human faces. So no one knows their secret–except an ordinary high school student. Shin is battling for control of his own body against an alien parasite, but can he find a way to warn humanity of the horrors to come? Ages 16+

Hitoshi Iwaaki - Parasyte ​5.
MONSTER Shinichi ​was just an ordinary high school student, until his body was invaded by a parasite, a horrifying alien being. Now Shinichi is a monster with a human face... and a human conscience. He is unlike anything else in the world–part man, part alien, and caught in a desperate struggle to save his own soul. 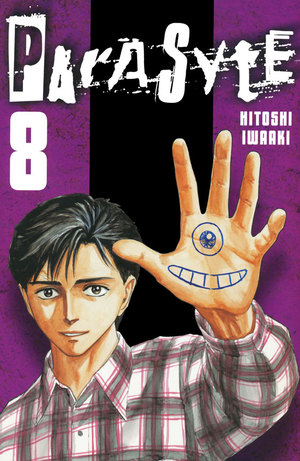 Hitoshi Iwaaki - Parasyte ​8.
MONSTER ​TWIST Shinichi vows to destroy Goto, one of the deadliest of the alien parasites that have invaded Earth–and people’s bodies. But at the moment of truth, Shinichi discovers something unexpected in his heart: sympathy for the monster. Soon Shinichi, who harbors his own alien parasite, will come to a stunning realization about the dark side of human nature–and his own soul. This is the final volume of Parasyte. Includes special extras after the story! 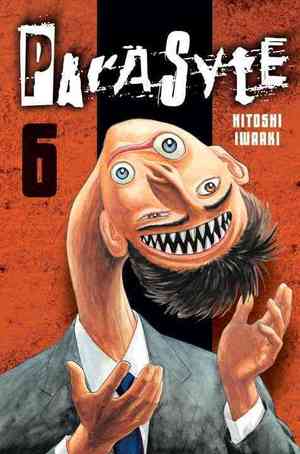 Hitoshi Iwaaki - Parasyte ​6.
ENEMY ​MINE Shinichi has been hiding his true nature from the world: His body has been colonized by an alien being, and now he’s half-human, half-alien. The other alien invaders, led by the cruel and beautiful Tamura, have discovered his secret. Shinichi is a threat to their plan to destroy the human race–a threat that these ruthless creatures will no longer ignore... 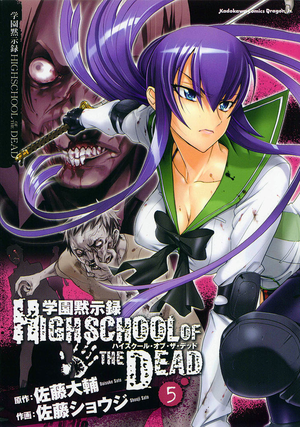 Highschool ​of the Dead 5. Daisuke Sato
1

Daisuke Sato - Highschool ​of the Dead 5.
Takashi ​and his fellow students join up with a band of survivors who have barricaded themselves inside a local mall. Though the shopping center seems a well-stocked place to hide from the undead lurking outside, the policewoman in charge is having a hard time maintaining peace within. The group from Fujimi High would rather not get involved in a power struggle and tries to stay under the radar until they are ready to set off again. But with so many attractive, buxom girls among the students, it may be nearly impossible to avoid unwanted attention of the worst kind… 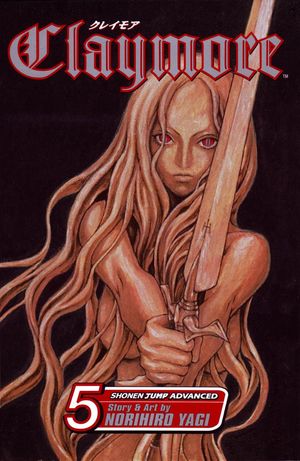 Norihiro Yagi - Claymore ​5. - The Slashers
The ​Claymore warrior Teresa has broken the cardinal rule that forbids her kind from killing humans. In time, a group of Claymores comes to kill her, and yet Teresa defeats them all with her superior skill and experience. But rather than slay the powerful ringleader, Teresa decides to spare her instead--an act of human weakness that will have devastating consequences for them all. 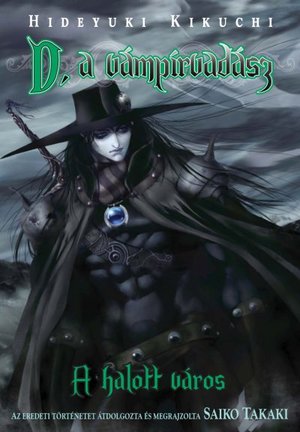 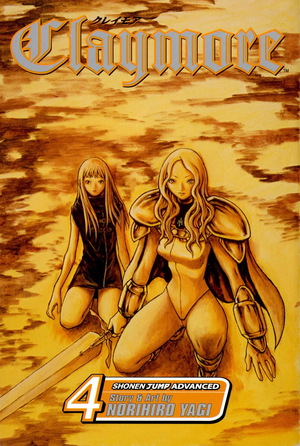 Norihiro Yagi - Claymore ​4. - Marked for Death
Teresa, ​a powerful Claymore, saves a young girl from her bandit captors and leaves the child in the care of some villagers. But triumph quickly gives way to despair when the situation takes a tragic turn, and Teresa is forced to kill a human--an act that will condemn her to death at the hands of her own kind. 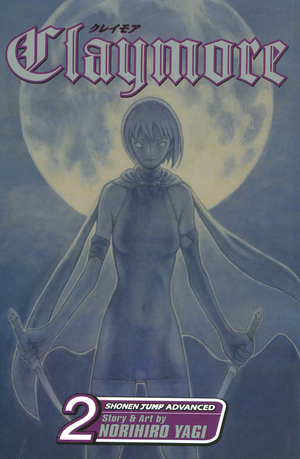 Norihiro Yagi - Claymore ​2. - Darkness in Paradise
Claire ​and the orphan Raki travel to the town of Rabona, where a Yoma has been stalking the priests inside the cathedral. The creature could be one of the guards, or even a priest, but this time Claire won't be able to sense its aura. Does she stand a chance against the stealthy Yoma? 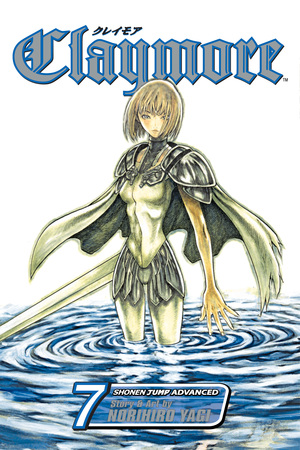 Norihiro Yagi - Claymore ​7. - Fit for Battle
Fearing ​that she's no match for the deadly Claymore named Ophelia, Clare spirits her companion Raki away to relative safety. But no matter how far they run, they won't be able to escape Ophelia's heightened senses. And now that Ophelia knows that Clare has awakened, she will not rest until she has destroyed Clare. 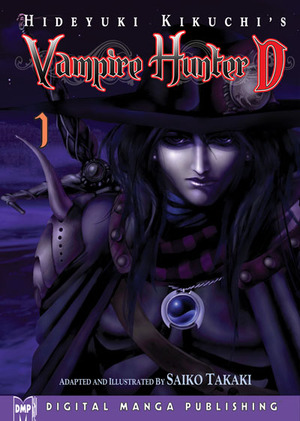 Hideyuki Kikuchi - Vampire ​Hunter D 1.
12,090 ​A.D. It is a dark time for the world. Humanity is just crawling out from under three hundred years of domination by the race of vampires known as the Nobility. The war against the vampires has taken its toll; cities lie in ruin, the countryside is fragmented into small villages and fiefdoms that still struggle against nightly raids by the fallen vampires - and the remnants of their genetically manufactured demons and werewolves. Every village wants a Hunter - one of the warriors who have pledged their laser guns and their swords to the eradication of the Nobility. But some Hunters are better than others, and some bring their own kind of danger with them. From creator Hideyuki Kikuchi, one of Japan's leading horror authors with illustrations by renowned Japanese artist, Yoshitaka Amano, best known for his illustrations in Neil Gaiman's Sandman: The Dream Hunters and the Final Fantasy games. 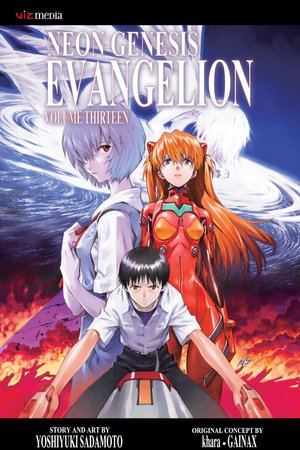 Yoshiyuki Sadamoto - Neon ​Genesis Evangelion 13.
Japan's ​most controversial anime series is over...but not the manga version of Neon Genesis Evangelion! Series co-creator Yoshiyuki Sadamoto's personal interpretation of the Evangelion characters and story is sure to intrigue new and old fans alike. In 2015, the "Angels" have returned, and Shinji Ikari, a fourteen year-old child of the new Earth, is forced by his father Gendo--commander of the secret organization NERV--to pilot the monstrous biomechanical weapon called "Evangelion" to match the Angels' fearsome power... 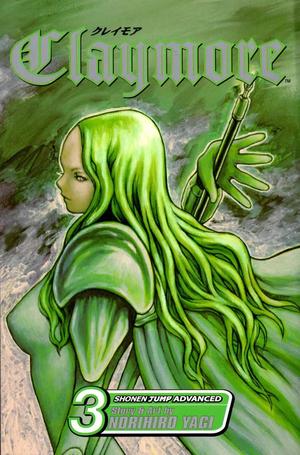 Norihiro Yagi - Claymore ​3. - Teresa of the Faint Smile
Clare's ​first battle with the Yoma of Rabona has left her body drained and shattered. With no time to recover, she must face the creature again after it chooses Raki as its next victim. Luckily, Raki remembers that he is carrying Clare's trusted broadsword and manages to get it into her hands. But unlike Clare, the Yoma is fighting at full strength and thirsting for blood... 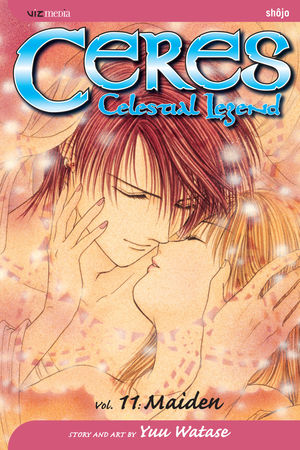 Watase Yuu - Ceres ​11. - Maiden
Aya ​thought she was a normal high school girl until she discovered she can transform into a vastly powerful heavenly maiden named Ceres. But Ceres is out for revenge. Rated for older teens. 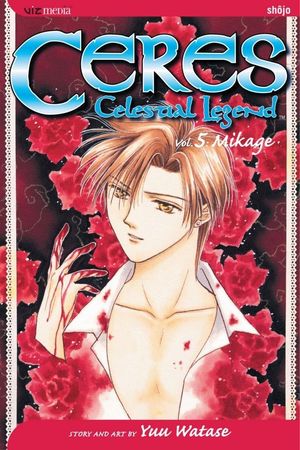 Watase Yuu - Ceres ​5. - Mikage
Aya ​takes matters into her own hands when she decides to search for the hagoromo. Meanwhile, Toya must choose between being with Aya and working for Kagami and getting his memory back. How can he break free of the organization's hold and help Aki escape as well? 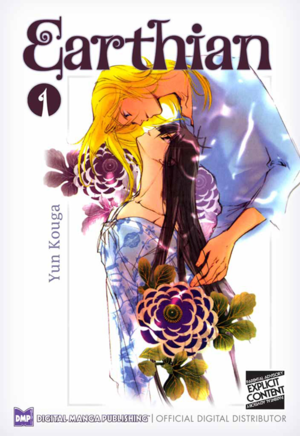 Yun Kouga - Earthian ​1.
Angels ​are among us. They are scattered across the globe, living in our neighborhoods, observing humanity--the Earthian--in crisis...Chihaya and Kagetsuya have known each other since their days at school. They are friends...and possibly more. These two angels roam the world, compiling lists of the positive and negative traits of humanity. In the process they become involved in the lives of various humans, full of despair: An astronaut about to venture on a dangerous mission, a sorceress running from the mafia, and a mysterious artificially created human are just a few of those beings who Chihaya puts himself at risk to help, much to Kagetsuya's dismay. But after a meeting of angels, it is discovered that a dreaded disease is plaguing a growing legion of angels. Salvation possibly lies in the fallen angel Lord Seraphim--and as Chihaya and Kagetsuya search to find him, he turns up in the most unlikely of places...