A ​man in a suit of iron drops from an American warplane onto a French battlefield and unleashes a powerful cosmic force on an army of Nazis, their massive war machine, and their most dangerous agent, the deadly Black Flame! Comics superstar Mike Mignola creates an alternative story of a World War II robot. 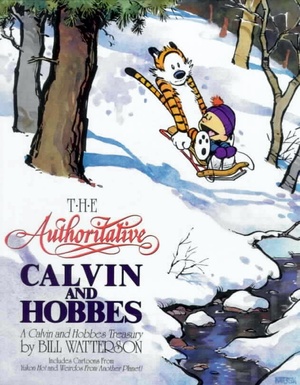 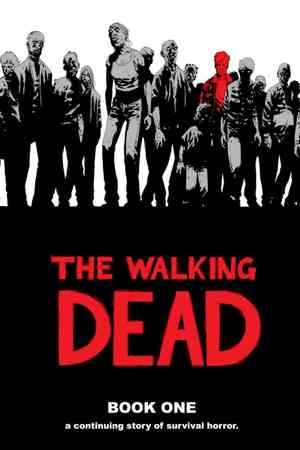 Robert Kirkman - The ​Walking Dead Book One
This ​hardcover features the first 12 issues of the hit series along with the covers for the issues in one oversized hardcover volume. Perfect for long time fans, new readers and anyone needing a slightly heavy object with which to fend off the walking dead. 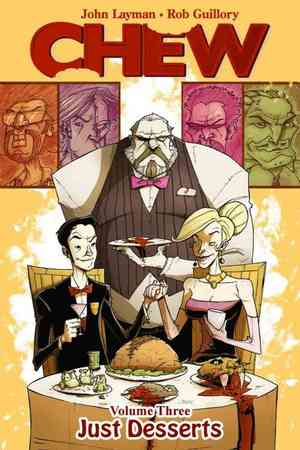 John Layman - Rob Guillory - Chew ​3. - Just Desserts
Things ​are looking up for Tony Chu, the cibopathic federal agent with the ability to get psychic impressions from the things he eats. He's got a girlfriend. He's got a partner he trusts. He even seems to be getting along with his jerk boss. But his ruthless ex-partner is still out there, operating outside of the law, intending to make good on his threats against Tony and everybody Tony cares about. It's just a matter of time before their investigations collide, blood spills and, inevitably, body parts are eaten! 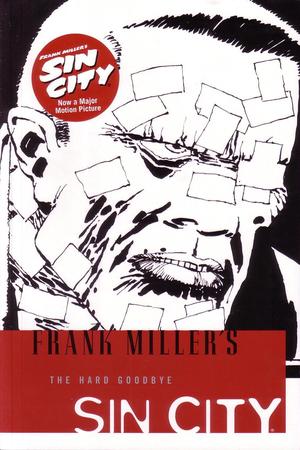 Frank Miller - The ​Hard Goodbye
Sin ​City launched the long-running, critically acclaimed series of comics novels by Frank Miller. Having worked on some of the most important comic books in the 1980s, including Marvel Comics's Daredevil and the influential Batman graphic novel The Dark Knight Returns, Miller was already a heavy-weight cartoonist, but he hit his stride with Sin City. It gave him the freedom that doesn't come when working on someone else's characters. While the art isn't as polished as in later books, it is in many ways the quintessential Sin City story: tough-guy Marv finds the girl of his dreams, an incredible beauty named Goldie. But when Goldie is murdered on their first night together, Marv scours the bars and back alleys of Sin City to find her killer in hopes of avenging her death. 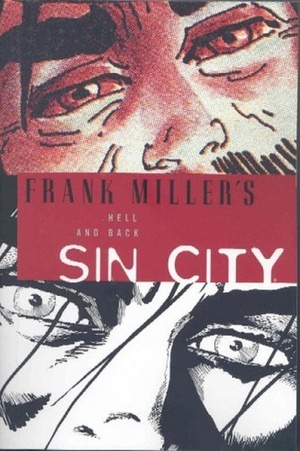 Hell ​and Back Frank Miller
6

Frank Miller - Hell ​and Back
Can ​anything be darker than noir? Try Frank Miller's Sin City series. The tasty Hell and Back features Wallace, a brooding artist with a decided talent for hurting people, and Esther, a stunningly beautiful actress accidentally mixed up in a slavery ring that extends far and deep enough to transcend the word conspiracy. The tale twists, turns, and backtracks, teasing the reader with hints of terror to come--until the explosive climax. Miller's art is exactly right for his words; he uses more black than white, and color only when appropriate. The chapter dealing with Wallace's drug hallucinations is beautiful, heartbreaking, and terrifying in turn. Readers interested in the human dark side should find out what fans of Sin City already know: Frank Miller has seen it and wants to share. 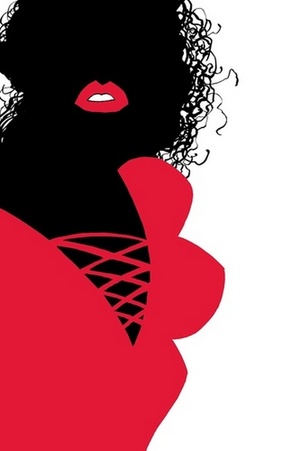 Frank Miller - Booze, ​Broads, & Bullets
The ​Sin City graphic novels are among the most widely acclaimed comics in history, but Frank Miller is also a master of the quick and dirty yarn. Collected in this sixth volume of his crime-comic megahit are all of Miller's Sin City shorts and one-shots, newly redesigned with a brand-new cover by Miller, some of his first comics art in years! Collecting classics like "Just Another Saturday Night" and "Silent Night," both starring the iconic big lug with a condition, Marv; "The Customer Is Always Right," featured in the Sin City film; and "The Babe Wore Red," starring Sin City's most enduring hero, Dwight, Booze, Broads, and Bullets spans every kind of dark business you might encounter on a cold night in Basin City. It's sure to scratch your Sin City itch again and again, in just that way that makes you itch for more. With Miller and co-director Robert Rodriguez gearing up for Sin City 2, this third edition is being released at just the right time! 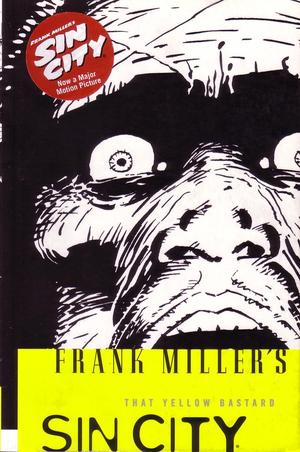 Frank Miller - That ​Yellow Bastard
In ​a Sin City short story, "The Babe Wore Red," Frank Miller deviated from his stark black-and-white artwork by adding tiny bits of color throughout the story. The girl's dress was red, her lips were red--you get the picture. In That Yellow Bastard, the fourth Sin City graphic novel, Miller's experiment with yellow ink is also a tremendous success. The setup is simple. On the last day before he retires, Hartigan, an old cop, gets a call about an 11-year-old girl who has been kidnapped by a lunatic. Hartigan has got just one more thing to do before he retires: save the girl. Saving her is the easy part, because Hartigan has uncovered something really bad that is not going to stop until it catches up with him. That Yellow Bastard is nerve-racking to the very end. 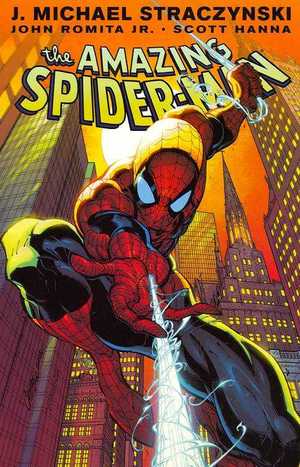 J. Michael Straczynski - The ​Amazing Spider-Man (vol. 2) - The Life and Death of Spiders
In ​this collection of Marvel's most popular Spider-Man series, an introspective Peter Parker ponders the true nature of his powers and reflects on the moral responsibilities that accompany them... and realizes there are natural enemies his powers bring him as well. Collects: - Amazing Spider-Man (Vol. 2) #46-#50 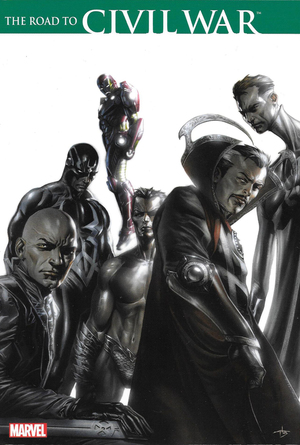 Brian Michael Bendis - J. Michael Straczynski - The ​Road to Civil War
WHOSE ​SIDE ARE YOU ON? The clouds are quickly building on the horizon for a storm that will split the Marvel Universe down the middle, and the line is drawn here! Ripped from the pages of _New Avengers_ comes the explosive hidden story of Marvel Universe’s secret past, the secret history of Marvel’s most secret team – how they came together, and how they are ripped apart – setting the stage for _Civil War_. Meanwhile, Spider-Man's got a new lease on life, new powers and a new costume with some very special features – courtesy of his new best friend, Tony Stark. So what could possibly go wrong? Lots, True Believer. The bonds that Spider-Man now forges may very well determine his capacity to withstand the coming storm. And finally, a mysterious object has fallen from the heavens to crash in the Midwest, and Reed Richards of the Fantastic Four has been called in to try to piece together the mystery surrounding it. What is it, and how will it lead into _Civil War_ and the return of a Marvel mainstay? Collecting the _New Avengers: Illuminati_ One-Shot, _Amazing Spider-Man #529-531_ and _Fantastic Four #536-537_ - written by Brian Michael Bendis and J. Michael Straczynski; and illustrated by Alex Maleev, Ron Garney, Mike McKone and Tyler Kirkham. 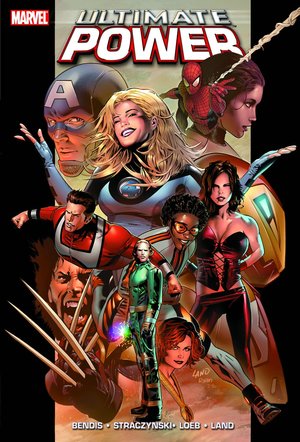 Brian Michael Bendis - Jeph Loeb - J. Michael Straczynski - Ultimate ​Power
The ​Fantastic Four's leader, Reed Richards, has accidentally punched a hole into an adjacent universe in a desperate bid to gain the knowledge he needs to cure his friend Ben Grimm - The Thing. But something has come through the aperture from a realm known as the Supremeverse: The Squadron Supreme! They are angry and here to arrest young Reed for high crimes against their world! Collects Ultimate Power #1-9. 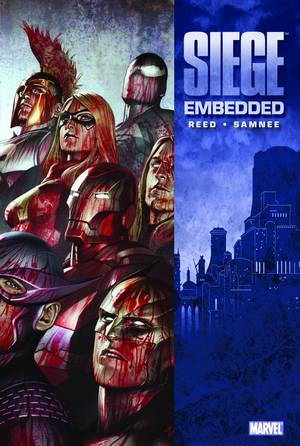 Brian Reed - Siege: ​Embedded
The ​SIEGE of Asgard has begun! And Norman Osborn and his Dark Avengers are leading the charge! Osborn's savvy use of the media fueled his rise to power - but the very tools he's been using may turn against him. It's time to expose Norman's true face to the world and uncover the secrets behind the attack on the gods! Witness the changing of the Marvel Universe firsthand! Collects Siege: Embedded #1-4. 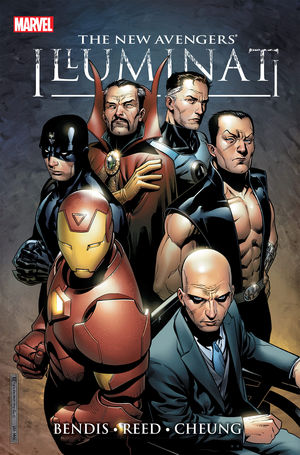 Brian Michael Bendis - Brian Reed - The ​New Avengers: Illuminati
The ​Illuminati _What are they?_ An elite group of the planet's most powerful guardians. _When do they meet?_ Whenever the Earth faces its greatest threats. _Who are they?_ Nobody knows - and that's the way they want it! Join Iron Man, Professor X, Black Bolt, the Sub-Mariner and Mister Fantastic as they take on the threats no one else can handle - and learn of secrets that will forever alter the way they (and you) look at the Marvel Univere! After years spent protecting Earth from harm, it is now - when te planet is perhaps at its most endangered - that the Illuminati find themselves at the head of the spear of a Skrull invasion. But can the Illuminat keep themselves from fractuing in the waking moments of this worldwide threat? Collecting _New Avengers: llluminati #1-5_ - by writers Brian Michael Bendis (_New Avengers, House of M, Hal: Uprising_) and Brian Reed (_Spider-Woman: Origin, Ms. Marvel_), and star artist Jim Cheung (_Young Avengers_). 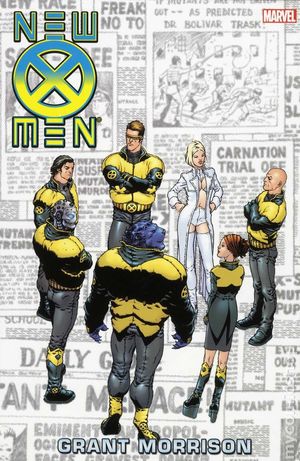 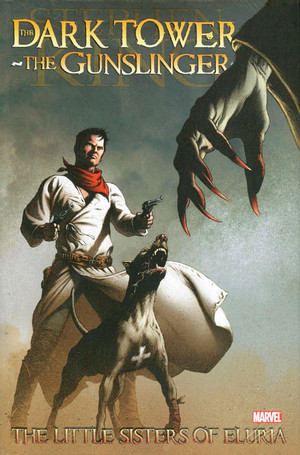 Peter David - Robin Furth - The ​Dark Tower - The Gunslinger - The Little Sisters of Eluria
Near ​death from an attack by Slow Mutants, Roland Deschain is taken in by a group of Sisters who specialize in anything but the healing arts. These hideous, corpse-like creatures known as the Little Sisters of Eluria have murder on their twisted minds. And in his current, wounded condition, there's almost nothing the last gunslinger can do to prevent their tender mercies from taking hold. It's the beginning of a new DarkTower story arc featuring the fine pencils of Luke Ross, whose work on this story will astound you! 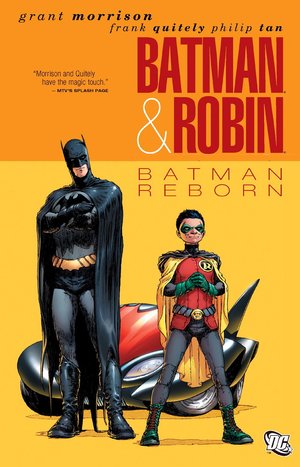 Grant Morrison - Batman ​and Robin (Vol. 1) - Batman Reborn
"Batman ​Reborn" begins here with the reunited team of Grant Morrison and Frank Quitely (ALL-STAR SUPERMAN, WE3,New X-Men). The new Dynamic Duo hit the streets with a bang in their new flying Batmobile as they face off against an assemblage of villains called the Circus of Strange. They also tackle their first mission investigating a child who's been abducted by the mysterious Domino Killer. But will everything go smoothly? And who exactly are the new Batman and Robin? The newest era of The Dark Knight begins here! 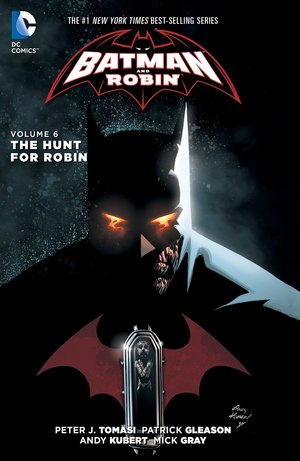 Peter J. Tomasi - Batman ​and Robin (Vol. 2) - The Hunt for Robin
After ​losing his son Damian - a.k.a. Robin - Batman has finally found peace with his death. Damian's grandfather, Ra's al Ghul, has not, however. In order to resurrect Robin, he's stolen the body - and now Batman will stop at nothing to reclaim him. Collects BATMAN AND ROBIN #29-34 and ROBIN RISES: OMEGA #1. 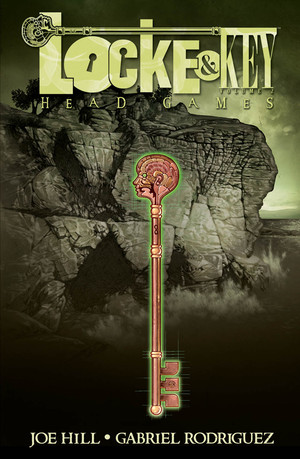 Joe Hill - Gabriel Rodriguez - Locke ​& Key - Head Games
The ​second collection in Joe Hill and Gabriel Rodriguez’ continuing horror fantasy series, Locke & Key: Head Games, follows the three Locke children after the events in volume one. In this six-issue mini-series, the well-dwelling creature that has some sort of connection to the Locke family has joined the two older Locke kids on campus. Capable of assuming both a male and female form, their shape-shifting adversary apparently is unable to modify its body enough to be unrecognizable to anyone who might have seen the creature 20 years earlier. 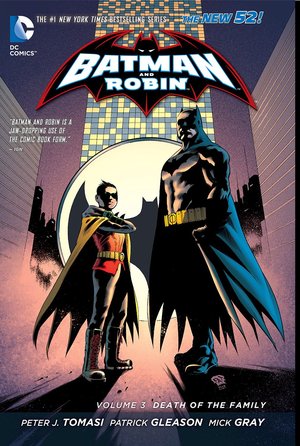 Peter J. Tomasi - Batman ​and Robin (Vol. 2) - Death of the Family
A ​direct tie to Scott Snyder and Greg Capullo's "Death in the Family" Batman story comes the disturbingly creepy and psychological thriller of Batman and Robin by the all star team of Peter Tomasi and Patrick Gleason. The Joker returns to test Batman and the extended Bat-family but when he squares off against Batman's son Damian aka Robin! With Batman's life hanging in the balance, The Clown Prince of Crime pushes Robin to his limits and beyond. And with the 300th anniversary of the founding of Gotham approaches, tragedy strikes the Bat-family. Collects BATMAN AND ROBIN #15-17, BATMAN AND ROBIN ANNUAL #1 and BATMAN #17. 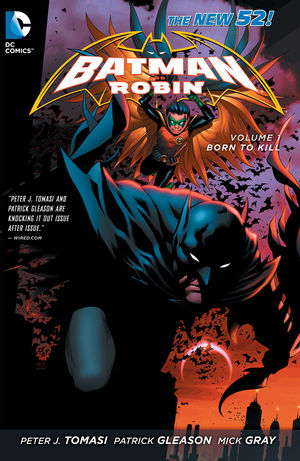 Peter J. Tomasi - Batman ​and Robin (Vol. 2) - Born to Kill
As ​a part of the acclaimed DC Comics--The New 52 event of September 2011, Batman begins battling evil with his son, Damian, at his side, Batman now realizes that the hardest part of the job may be trying to work together As Batman and Robin try to adjust to their new partnership, a figure emerges from Bruce Wayne's past: His name is NoBody, and he's not happy that Batman Incorporated is shining a light on his own shadowy war against evil...This volume collects issues 1-8 of "Batman and Robin," part of the DC Comics--The New 52 event.