Completed ​just weeks before his death, the lectures in this volume mark a critical juncture in the career of Roland Barthes, in which he declared the intention, deeply felt, to write a novel. Unfolding over the course of two years, Barthes engaged in a unique pedagogical experiment: he combined teaching and writing to “simulate” the trial of novel-writing, exploring every step of the creative process along the way.

Barthes’s lectures move from the desire to write to the actual decision making, planning, and material act of producing a novel. He meets the difficulty of transitioning from short, concise notations (exemplified by his favorite literary form, haiku) to longer, uninterrupted flows of narrative, and he encounters a number of setbacks. Barthes takes solace in a diverse group of writers, including Dante, whose La Vita Nuova was similarly inspired by the death of a loved one, and he turns to classical philosophy, Taoism, and the works of François-René Chateaubriand, Gustave Flaubert, Franz Kafka, and Marcel Proust.

This book uniquely includes eight elliptical plans for Barthes’s unwritten novel, which he titled Vita Nova, and lecture notes that sketch the critic’s views on photography. Following on The Neutral: Lecture Course at the Collège de France (1977-1978) and a third forthcoming collection of Barthes lectures, this volume provides an intensely personal account of the labor and love of writing.

Ismeretlen szerző - The ​Selected Poetry of Keats
This ​is an entirely new selection of Keat's finest poetry containing all his best known work as well as a sample of less familiar pieces. Keats published three volumes of poetry before his death at age twenty-five of tuberculosis and, while many of his contemporaries were prompt to recognize his greatness, snobbery and political hostility led the Tory press to vilify and patronize him as a "Cockney poet." Financial anxieties and the loss of those he loved most had tried him persistently, yet he dismissed the concept of life as a vale of tears and substituted the concept of a "vale of Soul-making." His poetry and his remarkable letters reveal a spirit of questing vitality and profound understanding and his final volume, which contains the great odes and the unfinished Hyperion, attests to an astonishing maturity of power. 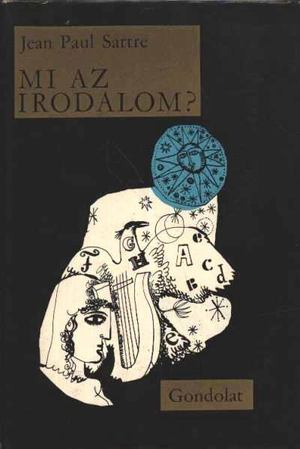 John Keats - Selected ​Letters
Keats's ​letters represent one of the most sustained reflections on the poet's art. Yet apart from this, they are great works of literature in their own right, being written with gusto and sometimes a painful candour. Keats interweaves his personal plight with the history of a Britain emerging from the long years of the Napoleonic Wars into a world of political unrest, profound social change, and commercial expansion. 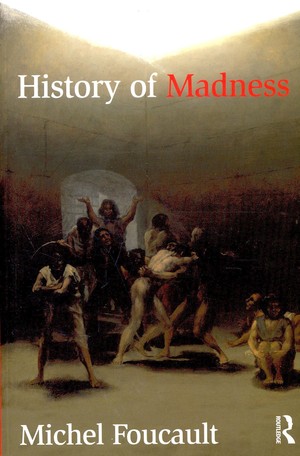 Michel Foucault - History ​of Madness
When ​it was first published in France in 1961 as Folie et Déraison: Histoire de la Folie à l'âge Classique, few had heard of a thirty-four year old philosopher by the name of Michel Foucault. By the time an abridged English edition was published in 1967 as Madness and Civilization, Michel Foucault had shaken the intellectual world. This translation is the first English edition of the complete French texts of the first and second edition, including all prefaces and appendices, some of them unavailable in the existing French edition. History of Madness begins in the Middle Ages with vivid descriptions of the exclusion and confinement of lepers. Why, Foucault asks, when the leper houses were emptied at the end of the Middle Ages, were they turned into places of confinement for the mad? Why, within the space of several months in 1656, was one out of every hundred people in Paris confined? Shifting brilliantly from Descartes and early Enlightenment thought to the founding of the Hôpital Général in Paris and the work of early psychiatrists Philippe Pinel and Samuel Tuke, Foucault focuses throughout, not only on scientific and medical analyses of madness, but also on the philosophical and cultural values attached to the mad. He also urges us to recognize the creative and liberating forces that madness represents, brilliantly drawing on examples from Goya, Nietzsche, Van Gogh and Artaud. The History of Madness is an inspiring and classic work that challenges us to understand madness, reason and power and the forces that shape them.

E. M. Cioran - The ​New Gods
Dubbed ​“Nietzsche without his hammer” by literary critic James Wood, the Romanian philosopher E. M. Cioran is known as much for his profound pessimism and fatalistic approach as for the lyrical, raging prose with which he communicates them. Unlike many of his other works, such as On the Heights of Despair and Tears and Saints, The New Gods eschews his usual aphoristic approach in favor of more extensive and analytic essays. Returning to many of Cioran’s favorite themes, The New Gods explores humanity’s attachment to gods, death, fear, and infirmity, in essays that vary widely in form and approach. In “Paleontology” Cioran describes a visit to a museum, finding the relatively pedestrian destination rife with decay, death, and human weakness. In another chapter, Cioran explores suicide in shorter, impressionistic bursts, while “The Demiurge” is a shambolic exploration of man’s relationship with good, evil, and God. All the while, The New Gods reaffirms Cioran’s belief in “lucid despair,” and his own signature mixture of pessimism and skepticism in language that never fails to be a pleasure. Perhaps his prose itself is an argument against Cioran’s near-nihilism: there is beauty in his books.

M. Keith Booker - Techniques ​of Subversion in Modern Literature
"M. ​Keith Booker's first book is an intelligent contribution to a burgeoning direction of inquiry in literary studies. Largely informed by Bakhtin's carnivalesque and Kristeva's abjection, Techniques of Subversion refines and extends notions of transgression, a concept which has been most thoroughly developed in Stallybrass and White's 1986 study. In addition to his insightful readings of a wide array of texts, Booker steers transgression toward the political and argues that its subversive capabilities are genuine only when carried out against a specific social target. Thus, he imposes a material measurement which helps to ground this often abstract and abstracted idea." (Robert D. Newman) 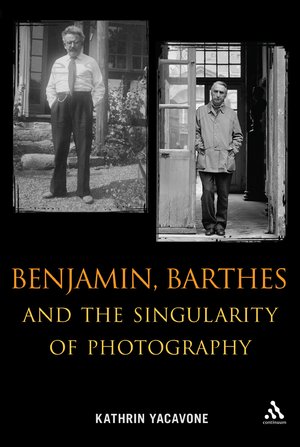 Benjamin, ​Barthes and the Singularity of Photography... Kathrin Yacavone
3

Kathrin Yacavone - Benjamin, ​Barthes and the Singularity of Photography
Benjamin, ​Barthes and the Singularity of Photography presents two of the most important intellectual figures of the twentieth century in a new comparative light. Pursuing hitherto unexplored aspects of Benjamin's and Barthes's engagement with photography, it provides new interpretations of familiar texts and analyzes material which has only recently become available. It argues that despite the different historical, philosophical and cultural contexts of their work, Benjamin and Barthes engage with similar issues and problems that photography uniquely poses, including the relationship between the photograph and its beholder as a confrontation between self and other, and the dynamic relation between time, subjectivity, memory and loss. Each writer emphasizes the singular event of the photograph's apprehension and its ethical and existential aspects rooted in the power and poignancy of photographic images. Mapping the complex relationship between photographic history and theory, cultural criticism and autobiography, this book will be of considerable interest not only to historians and theorists of photography but also to scholars working in literary and cultural studies. 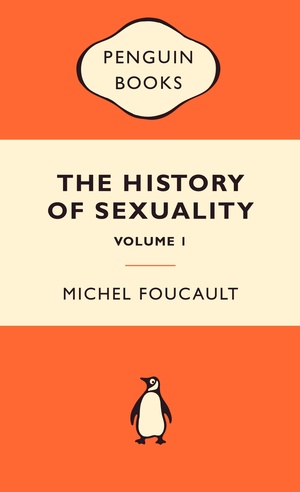 The ​History of Sexuality 1. Michel Foucault
0

Michel Foucault - The ​History of Sexuality 1.
The ​author turns his attention to sex and the reasons why we are driven constantly to analyze and discuss it. An iconoclastic explanation of modern sexual history. 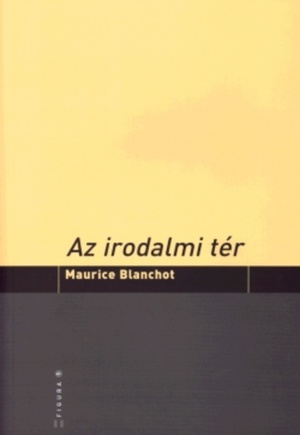 The ​Poetics of Transubstantiation Ismeretlen szerző
0

Ismeretlen szerző - The ​Poetics of Transubstantiation
The ​essays in this collection explore the concept of 'transubstantiation,' its adaptations and transformations in English and European culture from the Elizabethans to the twentieth century. Favoring an interartistic and comparative perspective, a wide range of critical approaches, from the philosophical to the semiological, from cultural materialism to gender and queer studies, it is brought to bear on authors ranging from Descartes, Shakespeare, Joyce, to Macpherson, Madox Ford, and Winterson, as well as on contemporary sculpture and an Italian adaptation of Conrad for the screen in and unusually comic vein. The volume, edited by Douglas Burnham of Staffordshire University and by Enrico Giaccherini of Pisa University, will be of interest to those concerned with the cultural history of Christianity and with the remarkable critical and theoretical insights generated by contemporary approaches to this traditional theme.

The ​Forge and the Crucible Mircea Eliade
3 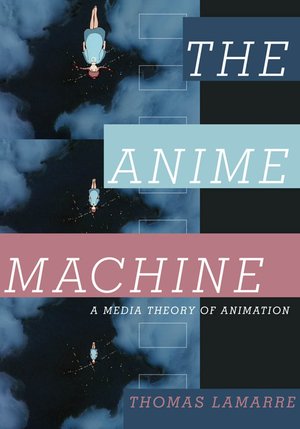 Thomas Lamarre - The ​Anime Machine
Despite ​the longevity of animation and its significance within the history of cinema, film theorists have focused on live-action motion pictures and largely ignored hand-drawn and computer-generated movies. Thomas Lamarre contends that the history, techniques, and complex visual language of animation, particularly Japanese animation, demands serious and sustained engagement, and in _The Anime Machine_ he lays the foundation for a new critical theory for reading Japanese animation, showing how anime fundamentally differs from other visual media. _The Anime Machine_ defines the visual characteristics of anime and the meanings generated by those specifically "animetic" effects–the multiplanar image, the distributive field of vision, exploded projection, modulation, and other techniques of character animation–through close analysis of major films and television series, studios, animators, and directors, as well as Japanese theories of animation. Lamarre first addresses the technology of anime: the cells on which the images are drawn, the animation stand at which the animator works, the layers of drawings in a frame, the techniques of drawing and blurring lines, how characters are made to move. He then examines foundational works of anime, including the films and television series of Miyazaki Hayao and Anno Hideaki, the multimedia art of Murakami Takashi, and CLAMP's manga and anime adaptations, to illuminate the profound connections between animators, characters, spectators, and technology. Working at the intersection of the philosophy of technology and the history of thought, Lamarre explores how anime and its related media entail material orientations and demonstrates concretely how the "animetic machine" encourages a specific approach to thinking about technology and opens new ways for understanding our place in the technologized world around us. 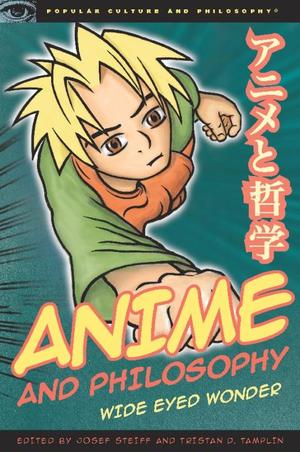 Ismeretlen szerző - Anime ​and Philosophy
_Anime ​and Philosophy_ focuses on some of the most-loved, most-intriguing anime films and series, as well as lesser-known works, to find what lies at their core. _Astro Boy_, _Dragon Ball Z_, _Ghost in the Shell_, and _Spirited Away_ are just a few of the films analyzed in this book. In these stories about monsters, robots, children, and spirits who grapple with the important questions in life we find insight crucial to our times: lessons on morality, justice, and heroism, as well as meditations on identity, the soul, and the meaning — or meaninglessness — of life. Anime has become a worldwide phenomenon, reaching across genres, mediums, and cultures. For those wondering why so many people love anime or for die-hard fans who want to know more, _Anime and Philosophy_ provides a deeper appreciation of the art and storytelling of this distinctive Japanese culture.

Mark T. Conard - Aeon J. Skoble - Woody ​Allen and Philosophy
Fifteen ​philosophers representuing different schools of thought answer the question what is Woody Allen trying to say in his films? And why should anyone care? Focusing on different works and varied aspects of Allen's multifaceted output, these essays explore the philosophical undertones of Anne Hall, Crimes and Misdemeanors, Manhattan, A Midsummer Night's Sex Comedy and reminds us that just because the universe is meaningless and life is pointless is no reason to commit suicide.