A ​Clash of Kings

The ​second novel of Martin’s titanic Song of Ice and Fire saga (A Game of Thrones, 1996) begins with Princess Arya Stark fleeing her dead father’s capital of King’s Landing, disguised as a boy. It ends with the princess, now known as Weasel, having led the liberation of the accursed castle of Harrenhal. In between, her actions map the further course of a truly epic fantasy set in a world bedecked with 8000 years of history, beset by an imminent winter that will last 10 years and bedazzled by swords and spells wielded to devastating effect by the scrupulous and unscrupulous alike. Standout characters besides Arya include Queen Cersei, so lacking in morals that she becomes almost pitiable; the queen’s brother, the relentlessly ingenious dwarf Tyrion Lannister; and Arya’s brother, Prince Brandon, crippled except when he runs with the wolves in his dreams. The novel is notable particularly for the lived-in quality of its world, created through abundant detail that dramatically increases narrative length even as it aids suspension of disbelief; for the comparatively modest role of magic (although with one ambitious young woman raising a trio of dragons, that may change in future volumes); and for its magnificent action-filled climax, an amphibious assault on King’s Landing, now ruled by the evil Queen Cersei. Martin may not rival Tolkien or Robert Jordan, but he ranks with such accomplished medievalists of fantasy as Poul Anderson and Gordon Dickson. Here, he provides a banquet for fantasy lovers with large appetites?and this is only the second course of a repast with no end in sight. Author tour. 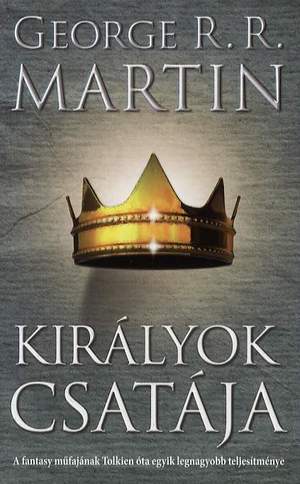 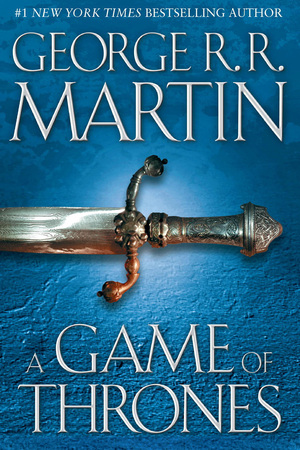 George R. R. Martin - A ​Game of Thrones
In ​a world where the approaching winter will last four decades, kings and queens, knights and renegades struggle for control of a throne. Some fight with sword and mace, others with magic and poison. Beyond the Wall to the north, meanwhile, the Others are preparing their army of the dead to march south as the warmth of summer drains from the land. After more than a decade devoted primarily to TV and screen work, Martin (The Armageddon Rag, 1983) makes a triumphant return to high fantasy with this extraordinarily rich new novel, the first of a trilogy. Although conventional in form, the book stands out from similar work by Eddings, Brooks and others by virtue of its superbly developed characters, accomplished prose and sheer bloody-mindedness. Although the romance of chivalry is central to the culture of the Seven Kingdoms, and tournaments, derring-do and handsome knights abound, these trappings merely give cover to dangerous men and women who will stop at nothing to achieve their goals. When Lord Stark of Winterfell, an honest man, comes south to act as the King's chief councilor, no amount of heroism or good intentions can keep the realm under control. It is fascinating to watch Martin's characters mature and grow, particularly Stark's children, who stand at the center of the book. Martin's trophy case is already stuffed with major prizes, including Hugos, Nebulas, Locus Awards and a Bram Stoker. He's probably going to have to add another shelf, at least. Major ad/promo. 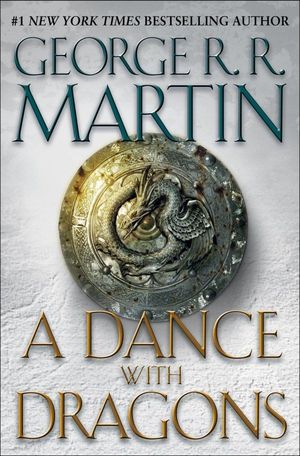 George R. R. Martin - A ​Dance with Dragons
Six ​years have passed since the time of events in "A Storm of Swords". Autumn is ending, with the realm in disarray. Tommen sits on the Iron Throne, but it is Cersei who rules, supported by Casterly Rock and Highgarden. Thanks to Dorne, the north has become a lawless wilderness. 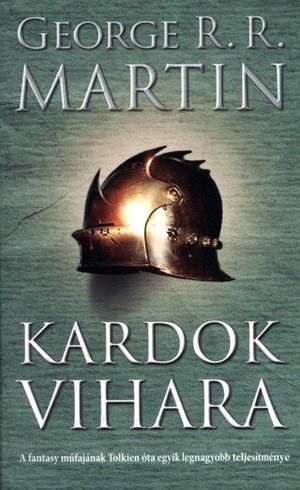 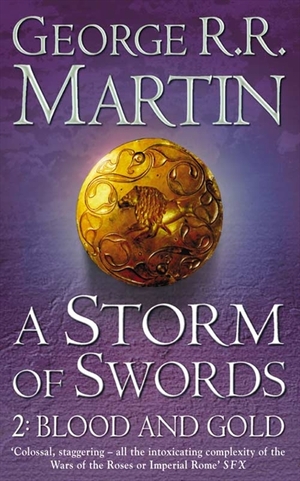 George R. R. Martin - A ​Storm of Swords: Blood and Gold
Reissued ​for September 2011 in B format. Split into two books for the paperback, the third volume in George R.R. Martin's superb and highly acclaimed epic fantasy A Song of Ice and Fire continues the richest, most exotic and mesmerising saga since The Lord of the Rings. The Seven Kingdoms are divided by revolt and blood feud, and winter approaches like an angry beast. Beyond the Northern borders, wildlings leave their villages to gather in the ice and stone wasteland of the Frostfangs. From there, the renegade Brother Mance Rayder will lead them South towards the Wall. Robb Stark wears his new-forged crown in the Kingdom of the North, but his defences are ranged against attack from the South, the land of House Stark's enemies the Lannisters. His sisters are trapped there, dead or likely yet to die, at the whim of the Lannister boy-king Joffrey or his depraved mother Cersei, regent of the Iron Throne. And Daenerys Stormborn will return to the land of her birth to avenge the murder of her father, the last Dragon King on the Iron Throne. 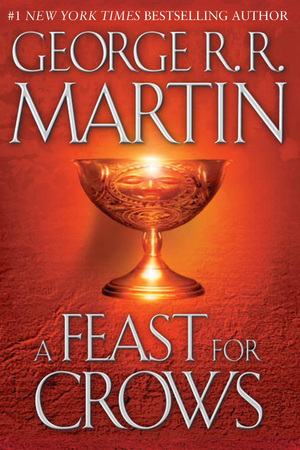 George R. R. Martin - A ​Feast for Crows
Crows ​will fight over a dead man's flesh, and kill each other for his eyes. Bloodthirsty, teracherous and cunning, the Lannisters are in power on the Iron Throne in the name of the boy-king Tommen. The war in the Seven Kingdoms has burned itself out, but in its bitter aftermath new conflicts spark to life. The Martells of Dorne and the Starks of Winterfell seek vengeance for their dead. Euron Crow's Eye, as black a pirate as ever raised a sail, returns from the smoking ruins of Valyria to claim the Iron Isles. From the icy north, where Others threaten the Wall, apprentice Maester Samwell Tarly brings a mysterious babe in arms to the Citadel. Against a backdrop of incest and fratricide, alchemy and murder, victory will go to the men and women possessed of the coldest steel and the coldest hearts.

Harry ​Potter and the Chamber of Secrets J. K. Rowling
120 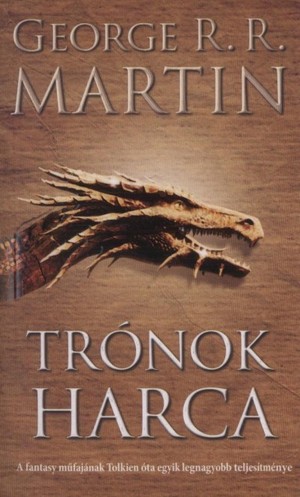 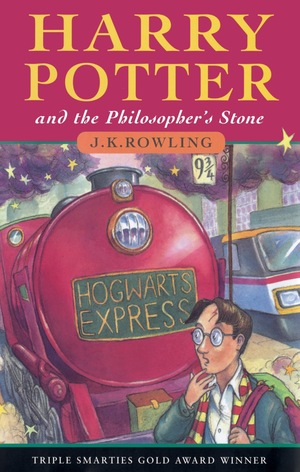 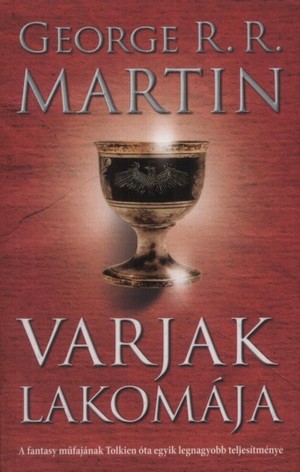 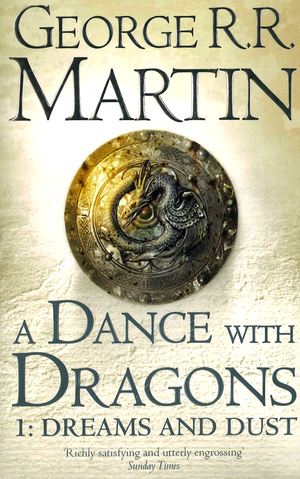 George R. R. Martin - A ​Dance With Dragons: Dreams and Dust
The ​fifth volume, part one of A Song of Ice and Fire, the greatest fantasy epic of the modern age. GAME OF THRONES is now a major Sky Atlantic TV series from HBO, featuring a stellar cast. In the aftermath of a colossal battle, new threats are emerging from every direction. Tyrion Lannister, having killed his father, and wrongfully accused of killing his nephew, King Joffrey, has escaped from King's Landing with a price on his head. To the north lies the great Wall of ice and stone -- a structure only as strong as those guarding it. Eddard Stark's bastard son Jon Snow has been elected 998th Lord Commander of the Night's Watch. But Jon has enemies both inside and beyond the Wall. And in the east Daenerys Targaryen struggles to hold a city built on dreams and dust. 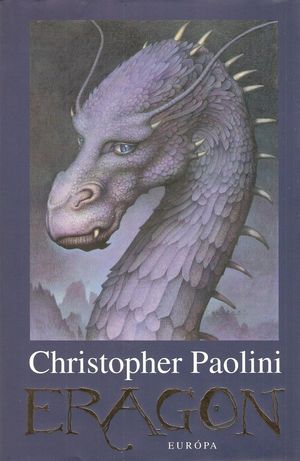 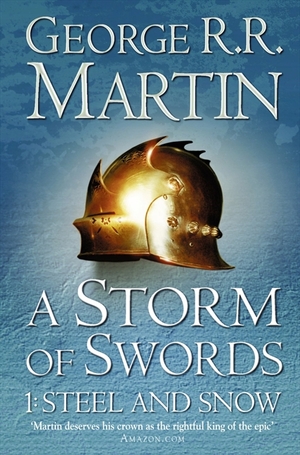 George R. R. Martin - A ​Storm of Swords: Steel and Snow
Reissued ​for September 2011 in B format. Split into two books for the paperback, the third volume in George R.R. Martin's superb and highly acclaimed epic fantasy A Song of Ice and Fire continues the richest, most exotic and mesmerising saga since The Lord of the Rings. The Seven Kingdoms are divided by revolt and blood feud, and winter approaches like an angry beast. Beyond the Northern borders, wildlings leave their villages to gather in the ice and stone wasteland of the Frostfangs. From there, the renegade Brother Mance Rayder will lead them South towards the Wall. Robb Stark wears his new-forged crown in the Kingdom of the North, but his defences are ranged against attack from the South, the land of House Stark's enemies the Lannisters. His sisters are trapped there, dead or likely yet to die, at the whim of the Lannister boy-king Joffrey or his depraved mother Cersei, regent of the Iron Throne. And Daenerys Stormborn will return to the land of her birth to avenge the murder of her father, the last Dragon King on the Iron Throne. 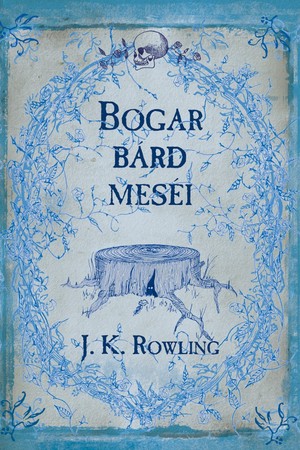 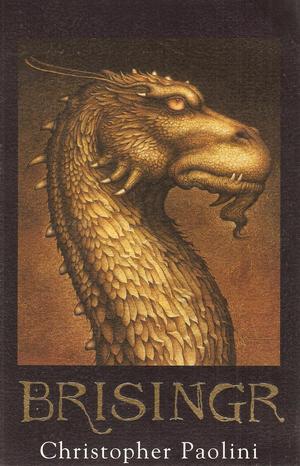