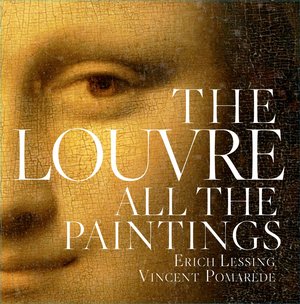 The ​Louvre: All the Paintings Erich Lessing - Vincente Pomarède
7

Erich Lessing - Vincente Pomarède - The ​Louvre: All the Paintings
Endorsed ​by the Louvre, and for the first time ever, every painting from the world's most popular and renowned museum is available in one stunning book. All 2,954 paintings are fully annotated with the name of the painting and artist, date created, size and medium.

Tamás Kieselbach - Hungarian ​Art and Music
In ​this impressive book Tamás Kieselbach, famous art collector, art dealer and art historian, who has published several beautiful volumes on art, presents the contact points of visual art and music. His intention was not to write a scientific study but to flash exiting and characteristic parts of the encounter of the characteristic parts of the encounter of the two branches of art in hungary. The overlaps are interpreted by well-known art historians, focusing mainly on the outstanding painters, musicians and performers from the Academic painting of the 19th century, through Art Deco to Béla Kondor's oeuvre. Kieselbach, the editor did not forget about the most famous representatives of Hungarian visual art and he also inserted a chapter on word-famous Hungarian phototgraphers' pieces of work with the topic of music. Kieselbach handles the history of hungarian painting in a completely new way. This volume talks about his clear conviction thet Hungarian painting should not be presented to the world as an isolated phenomenon; it should be shown bound to the dramatic history of 20th century Hungary, bound to the pieces of work of other branches of art: music, literature and photography. This volume is an important step towards this direction. 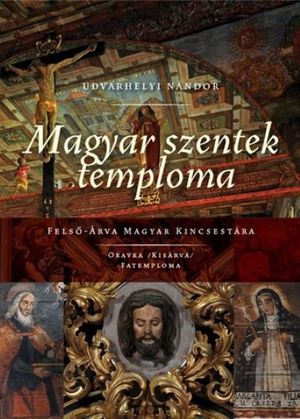 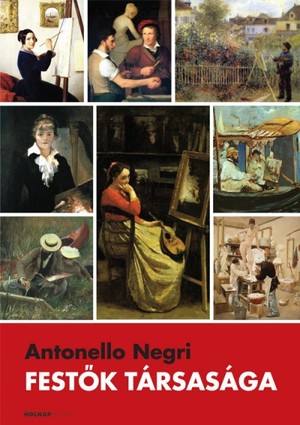 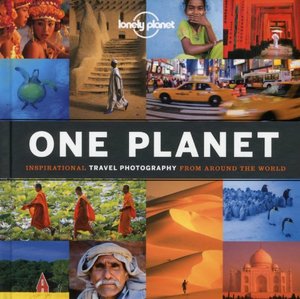 Roz Hopkins - Tony Wheeler - One ​Planet
One ​Planet is a celebration of great travel photography, and of the diversity and similarities within our world. Paired images encourage the appreciation of connections between people and places continents apart. Each image captures a moment in time—a moment that can be shared, or at least understood, around the globe. 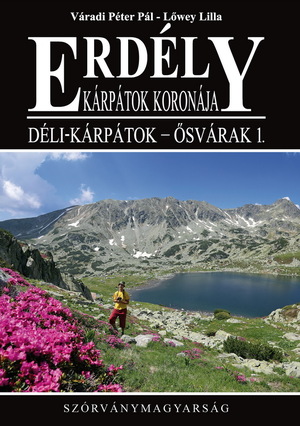 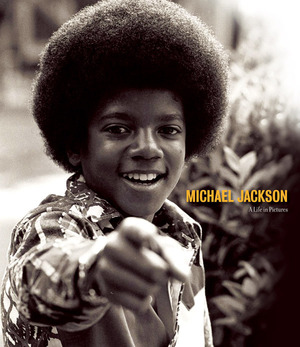 Ismeretlen szerző - Michael ​Jackson
A ​fitting tribute to the undisputed "King of Pop," this lavishly illustrated book takes us on a visual tour of Michael Jackson’s colorful, highly publicized, sometimes controversial, but exceptionally gifted life. From his earliest performances with the Jackson 5 in the 1960s to his multimillion-selling album success as a solo artist, this book provides a unique behind-the-scenes look at this essentially shy but legendary artist. Capturing the essence of his innovations in music, dance, and video, these images show how Jackson transformed popular culture to become one of the most commercially successful entertainers of all time. The latest in the Life in Pictures series, this is a beautifully produced book filled with wonderful, often surprisingly intimate images - a celebration of one of the most talented artists of all time and the perfect gift for any Jackson fan.

Judith Miller - A ​Closer Look at Antiques
At ​big city auction houses or in rural flea markets, take along this affordable, wide-ranging guide by a seasoned professional and start collecting with confidence. Drawing upon her wealth of experience as a collector, lecturer, writer and television and internet commentator, Judith Miller has written the essential guide for antique lovers who want clear, no-nonsense advice on how to identify and value furniture, ceramics, silver, and glass. More than nine hundred illustrations and identification charts are included in this exceptional reference. The specially commissioned photos go up-close, identifying the details professional look for when they choose antiques, and the clear annotations show the main features of particular styles. This visual guide to identification, dating, and authentication of antiques is ideal for every collector.

Tamara Tjardes - Folk ​Art
Another ​addition to The World's Greatest Art series, this intriguing new book covers the folk art of South and North America and aboriginal traditions. The influences section also refers to the many folk traditions throughout the world and offers an intriguing insight into tribal, early and contemporary folk art. 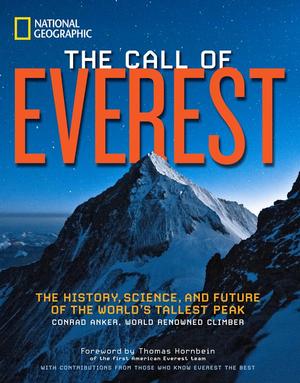 Conrad Anker - Bernadette McDonald - The ​Call of Everest
Gripping ​and sumptuous, this is the definitive book on the history, mystique, and science of Mount Everest, including how climate change is impacting the world's tallest mountain. In 1963, the American Mount Everest Expedition made mountaineering history. It was the first American venture to successfully scale the legendary peak and the first successful climb up the hazardous West Ridge (a climb so difficult no one has yet repeated it). In 2012, adventurer Conrad Anker led a National Geographic/The North Face team up the mountain to enact a legacy climb. Environmental changes and overcrowding led to challenges and disappointments, but yet the mountain maintains its allure. Now, steely-eyed Anker leads a team of writers in a book designed to celebrate the world's most famous mountain, to look back over the years of climbing triumphs and tragedies, and to spotlight what has changed--and what remains eternal--on Mount Everest. Telltale signs of Everest's current state, never-before-published photography, and cutting-edge science expose the world's tallest peak--its ancient meaning, its ever-present challenges, and its future in a world of disappearing ice.

Tessa Paul - Ronald Creighton-Jobe - The ​Illustrated World Encyclopedia of Saints
Far ​more than a dictionary of saints, this beautifully illustrated book is an informative chronicle that explores the mysterious conditions of sainthood and tells the lives of the saints in a comprehensive and modern approach to this fascinating subject.

Masood Hayat - Sacred ​India
From ​a humble postal worker performing puja for the safe passage of a parcel to people who believe they are gods, religion suffuses every aspect of daily life in India. This book explores the presence of the divine in the mundane, through breathtaking photography and the equally intriguing stories of the people involved. 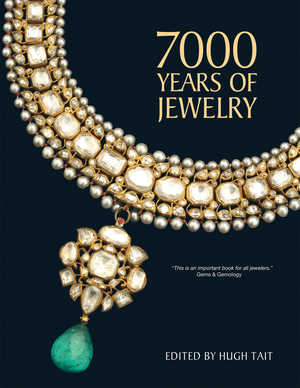 Ismeretlen szerző - 7000 ​years of Jewelry
The ​most comprehensive and beautifully illustrated history of jewelry. The previous edition of this exhaustive survey was published to critical acclaim by the British Museum Press. Since publication, the museum has expanded its collection, with major acquisitions of pieces from Europe and Asia. The new edition includes a complete revision of the section on Europe after 1700, plus revisions to the sections on Celtic Europe, Roman Britain, cameos and finger rings. The book explores the varied styles, techniques and materials used to make jewelry in many civilizations throughout the world and across the millennia. Egyptian necklaces, Celtic torcs, South American gold masks, Renaissance pendants and Art Nouveau buckles are examples of the range of the masterpieces described and illustrated with 400 superb photographs. 7000 Years of Jewelry takes readers on an impressive tour that includes, among other times and places: The Middle East: 5000-2000 BC Egypt: 1500-900 BC Phoenician, Greek, Etruscan and Persian Lands: 850-325 BC China, Celtic Europe, Mexico and Peru: 600 BC-AD 600 The Mediterranean, India, Egypt, Roman Britain and Byzantium: 325 BC-AD 600 Europe, China, Korea and Japan: 300-1000 Mayan Central America: 600-1000 Central and South America: 500-1500 Europe, Islam, China, Korea and Java: 1000-1500 China, India, Tibet and Mongolia: 1500-1850 West Africa: 1500-1800 Europe: 1500-1950. More comprehensive than before, this reference remains the finest and most beautifully illustrated history of jewelry ever published. 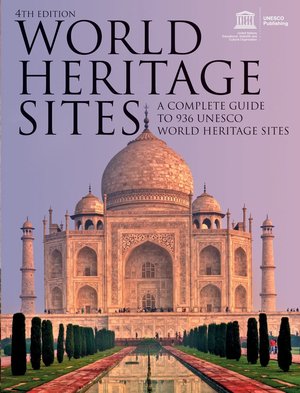 Ismeretlen szerző - UNESCO ​- World Heritage Sites
Updated ​for 2012, this guide fully describes every official UNESCO World Heritage site. In 1959, UNESCO launched an international campaign to safeguard the world's most important cultural, natural and mixed sites, which led to the first World Heritage List. In clear text and photographs describing each site, this updated and revised edition of World Heritage Sites details all 936 sites on the list, including the 25 added in 2011. Covering 153 countries, the World Heritage List is a valuable tool in the battle to preserve cultural and natural heritage. Its strict criteria mean only the most extraordinary and important sites make it onto the list, such as the Statue of Liberty, the Great Barrier Reef, the Historic Center of Vienna, Vatican City, the Bikini Atoll Nuclear Test Site, Robben Island, Ancient Damascus, and the Tower of London. At the same time, failure to maintain the criteria can result in being delisted, as was the Dresden Elbe Valley in 2009. Some of the new sites added in 2011 and included in this book are: Coffee Cultural Landscape of Colombia Historic Bridgetown and its Garrison, Barbados Saloum Delta, Senegal Kenya Lake System in the Great Rift Valley Fagus Factory in Alfeld, Germany Ningaloo Coast, Australia Ancient Villages of Northern Syria Citadel of the Ho Dynasty, Vietnam Petroglyphic Complexes of the Mongolian Altai The Persian Garden, Iran Featuring gorgeous photographs and updated maps, World Heritage Sites is uniquely comprehensive.