The ​distinctive storytelling genius of Neil Gaiman has been acclaimed by writers as diverse as Norman Mailer and Stephen King. Now in this new collection of stories — several of which have never before appeared in print, and more than half that have never been collected — that will dazzle the senses and haunt the imagination. Miraculous inventions and unforgettable characters inhabit these pages: an elderly widow who finds the Holy Grail in a second-hand store…a frightened little boy who bargains for his life with a troll living under a bridge by the railroad tracks…a stray cat who battles nightly against a recurring evil that threatens his unsusupecting adoptive family. In these stories, Gaiman displays the power, wit, insight and outrageous originality that has made him one of the most unique literary artists of our day. 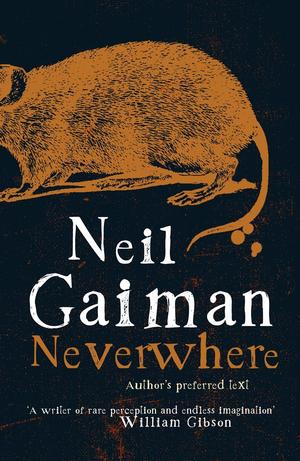 Neil Gaiman - Neverwhere
Under ​the streets of London there's a place most people could never even dream of. A city of monsters and saints, murderers and angels, knights in armour and pale girls in black velvet. This is the city of the people who have fallen between the cracks. Richard Mayhew, a young businessman, is going to find out more than enough about this other London. A single act of kindness catapults him out of his workday existence and into a world that is at once eerily familiar and utterly bizarre. And a strange destiny awaits him down here, beneath his native city: neverwhere. 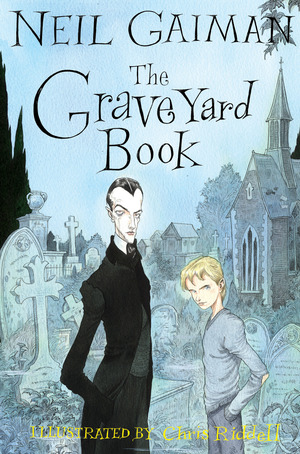 Neil Gaiman - The ​Graveyard Book
When ​a baby escapes a murderer intent on killing the entire family, who would have thought it would find safety and security in the local graveyard? Brought up by the resident ghosts, ghouls and spectres, Bod has an eccentric childhood learning about life from the dead. But for Bod there is also the danger of the murderer still looking for him — after all, he is the last remaining member of the family. A stunningly original novel deftly constructed over eight chapters, featuring every second year of Bod’s life, from babyhood to adolescence. Will Bod survive to be a man? 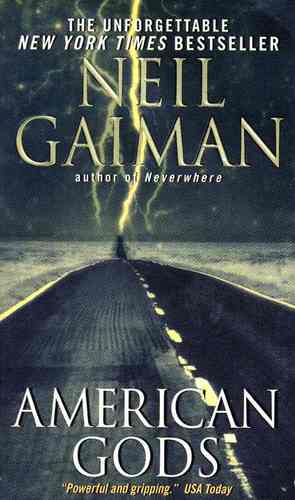 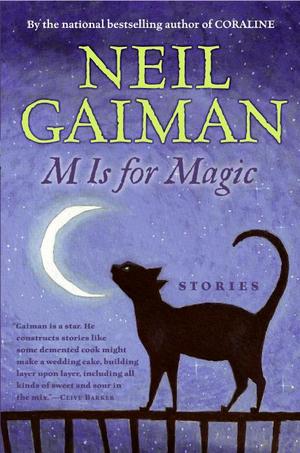 M ​Is for Magic Neil Gaiman
32

Neil Gaiman - M ​Is for Magic
A ​sinister jack-in-the-box haunts the lives of children who owned it, a stray cat does nightly battle to protect his adopted family, and a boy raised in a graveyard confronts the much more troubled world of the living in this wonderful book of short stories by master storyteller Neil Gaiman. These eleven stories range from the scary to the whimsical, the fantastical to the humorous - each a different journey in which the reader encounters the rich and wonderful imagination of a writer who knows how to thrill and satisfy his audience. 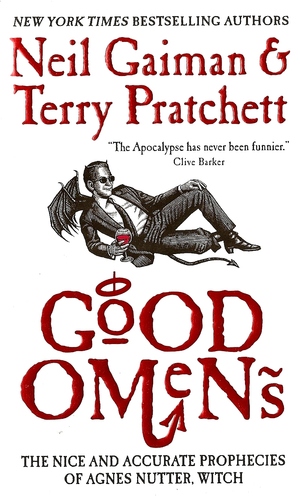 Neil Gaiman - Terry Pratchett - Good ​Omens
There ​is a distinct hint of Armageddon in the air. According to The Nice and Accurate Prophecies of Agnes Nutter, Witch (recorded, thankfully, in 1655, before she blew up her entire village and all its inhabitants, who had gathered to watch her burn), the world will end on a Saturday. Next Saturday, in fact. So the armies of Good and Evil are amassing, the Four Bikers of the Apocalypse are revving up their mighty hogs and hitting the road, and the world's last two remaining witch-finders are getting ready to fight the good fight, armed with awkwardly antiquated instructions and stick pins. Atlantis is rising, frogs are falling, tempers are flaring. . . . Right. Everything appears to be going according to Divine Plan. Except that a somewhat fussy angel and a fast-living demon -- each of whom has lived among Earth's mortals for many millennia and has grown rather fond of the lifestyle -- are not particularly looking forward to the coming Rapture. If Crowley and Aziraphale are going to stop it from happening, they've got to find and kill the Antichrist (which is a shame, as he's a really nice kid). There's just one glitch: someone seems to have misplaced him. . . . First published in 1990, Neil Gaiman and Terry Pratchett's brilliantly dark and screamingly funny take on humankind's final judgment is back -- and just in time -- in a new hardcover edition (which includes an introduction by the authors, comments by each about the other, and answers to some still-burning questions about their wildly popular collaborative effort) that the devout and the damned alike will surely cherish until the end of all things. 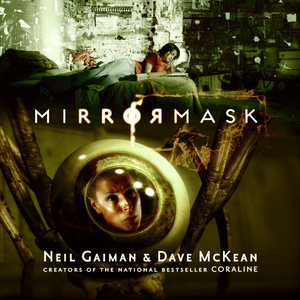 Neil Gaiman - MirrorMask
Helena ​is about to embark on a most amazing journey. Raised in a family of circus performers, she's always dreamed of leading a more ordinary life. But when haunting music draws her into a strange and magical realm, one where anything can happen, her real life is stolen by a runaway from the other side. Helena must rescue the realm from chaos in order to win back her own not-so-ordinary life. MirrorMask is a breathtaking film written by bestselling author Neil Gaiman and brought to life through the vision of acclaimed artist and director Dave McKean. This original novella is Helena's tale in her own voice, written by master storyteller Neil Gaiman and accompanied by original art by Dave McKean and images from the film; it is a stunning and magical journey. 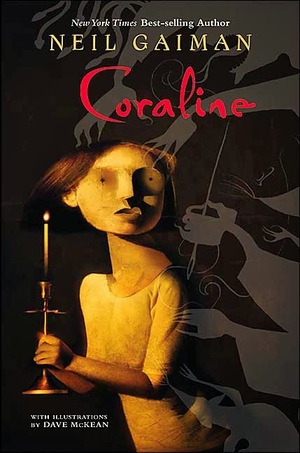 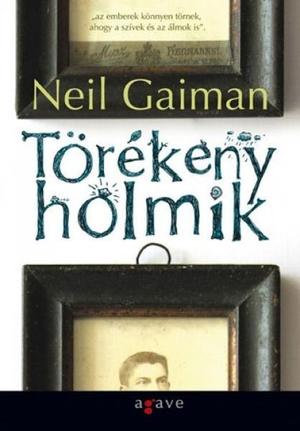 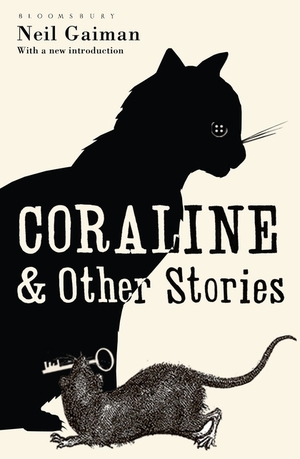 Neil Gaiman - Coraline ​& Other Stories
When ​Coraline explores her new home, she steps through a door and into another house just like her own - except that things aren't quite as they seem. There's another mother and another father in this house and they want Coraline to stay with them and be their little girl. Coraline must use all of her wits and every ounce of courage in order to save herself and return home ... but will she escape and will life ever be the same again? Elsewhere in this collection, a sinister jack-in-the-box haunts the lives of the children who ever owned it, a stray cat does nightly battle to protect his adopted family, and a boy raised in a graveyard confronts the much more troubled world of the living. From the scary to the whimsical, the fantastical to the humorous, Coraline & Other Stories is a journey into the dark, magical world of Neil Gaiman. 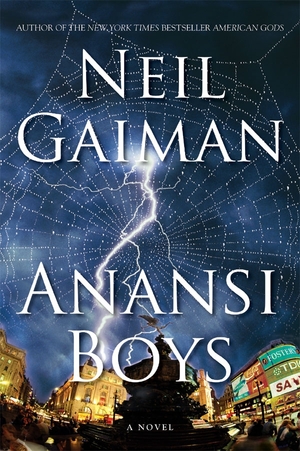 Neil Gaiman - Anansi ​Boys
God ​is dead. Meet the kids. When Fat Charlie's dad named something, it stuck. Like calling Fat Charlie "Fat Charlie." Even now, twenty years later, Charlie Nancy can't shake that name, one of the many embarrassing "gifts his father bestowed - before he dropped dead on a karaoke stage and ruined Fat Charlie's life. Mr. Nancy left Fat Charlie things. Things like the tall good-looking stranger who appears on Charlie's doorstep, who appears to be the brother he never knew. A brother as different from Charlie as night is to day, a brother who's going to show Charlie how to lighten up and have a little fun...just like Dear Old Dad. And all of a sudden, life starts getting very interesting for Fat Charlie. Because, you see, Charlie's dad wasn't just any dad. He was Anansi, a trickster god, the spider-god. Anansi is the spirit of rebellion -- he is able to overturn the social order, create wealth out of thin air, and baffle the devil. Exciting, scary, and deeply funny, Anansi Boys is a kaleidoscope journey deep into myth, a wild adventure, and a fierce and unstoppable farce, as Neil Gaiman shows us where gods come from, and how to survive your family. 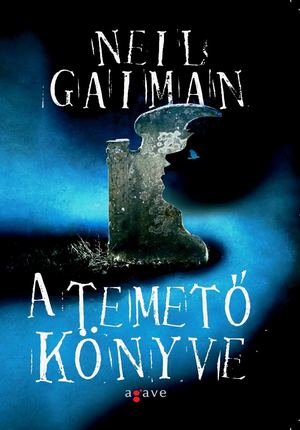 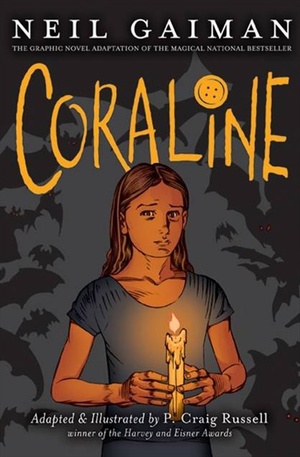 Neil Gaiman - P. Craig Russell - Coraline
Coraline ​discovered the door a little after they moved into the house. When Coraline steps through a door in her family's new house, she finds another house strangely similar to her own (only better). But there's another mother there and another father, and they want her to stay and be their little girl. They want to change her and never let her go. Acclaimed artist P. Craig Russell brings Neil Gaiman's enchanting, nationally bestselling children's book Coraline to new life in this gorgeously illustrated graphic novel adaptation. 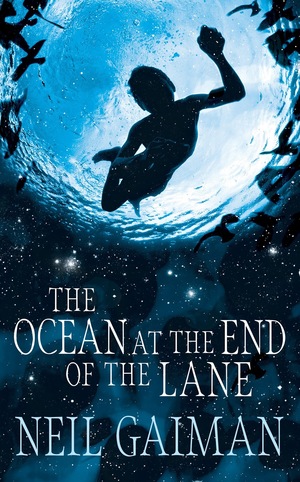 The ​Ocean at the End of the Lane Neil Gaiman
23 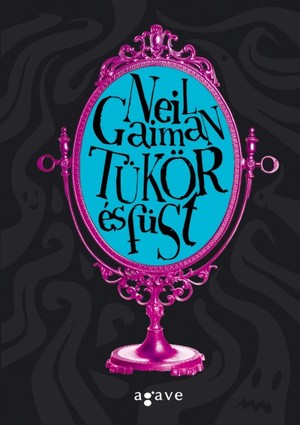 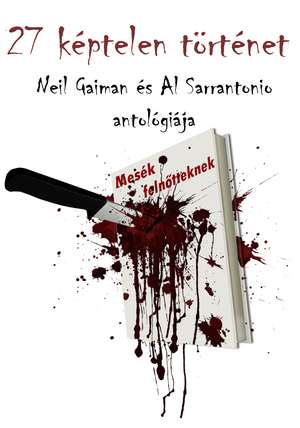 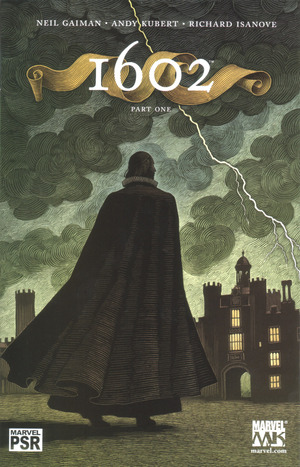