Liz Williams - Nine ​Layers of Sky
A ​former Soviet rocket scientist, Elena Irinovna now cleans office building - until she crosses paths with Ilya Muromyets. A remnant of Russia’s glorious and fabled past, Ilya is an eight-hundred-year-old hero turned heroin addict, dreaming of a death that never comes. They are brought together by a strange artifact Elena has found, which offers a glimpse into another dimension, creating a dangerous breach in a world Elena only thought she knew... Ilya is no stranger to the unexplained. He’s been hired by a mysterious organization to track down the artifact. But nothing prepares him for what it offers - or for a woman like Elena. Fighting their own inner demons as well as those from across the breach, Ilya and Elena embark on a harrowing trip between nations and worlds. And for the first time the man of myth and the woman of science discover that they have a dream to defend - and even die for... 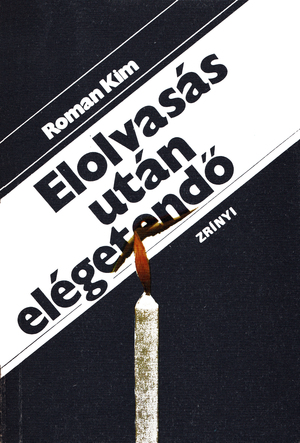 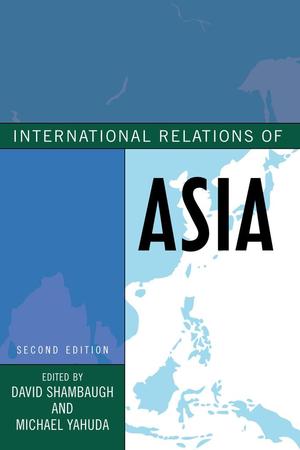 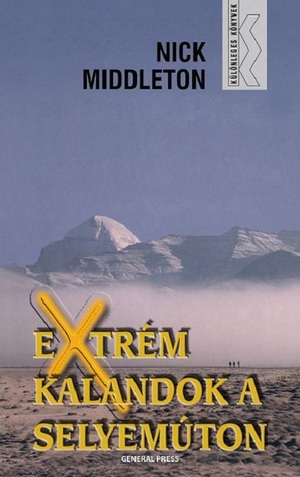 János Sipos - Kazakh ​folksongs
What ​business does a Hungarian ethnomusicologist have in the Kazakh steppe? Let us remember a beautiful wording by Bence Szabolcsi: Hungarians are the outermost branch leaning this way from age-old tree of the great Asian musical culture rooted in the souls of a variety of peoples living from China through Central Asia to the Black Sea. While the languages of different Turkic peoples have been subjected to thorough comparative analyses, only the first few steps have been taken in the comparative research of their musics. In the multitude of arising questions, it is highly intriguing to explore whether traces of old Turkic musical styles can still be detected in contemporary Turkic folk musics. One of the main questions appealing to Hungarians is to see how Turkic folk music styles relate to layers of Hungarian folk music. One might also wonder why collect personally instead of studying the books on folk music. First, because there are no comprehensive monographs of individual Turkic ethnicities, and second, it is highly accidental which tunes are included in the existing publications. The latter usually include no information about the popularity, spread, variants, provenience, or users of the published tunes, whether they were collected from learned city-dwellers or an old lady living at the edge of tiny village, and so on. Most importantly, they offer no possibility to look deeper into tune types and musical strata that might kindle our interest. Nor is it rare that local collectors have preference for more complicated tunes which they deem more advanced. It was a serious problem in Turkey, Kazakhstan, Azerbaijan and Turkmenistan that my local escorts almost prohibited the collecting of simple tunes. They were ashamed of them and wanted to present larger forms, as performed by professionals if possible. I remember the anxiety of our Kazakh attendant when he saw us recording such simple tunes, from untrained peasants or – horribile dictu! – from nomads during our last trip to southwest Kazakhstan. He was worried what people would think about such "primitive" songs in faraway countries. Another reason for collecting in person is the reduction of folk music publications to a single variant per tune, whereas without a knowledge of the tune variants, no deep musical analysis can be conducted. Field work also gives further help for the systematization of the tunes. It often happens that several people sing at a site, taking turns. A heard tune may retrieve from the memory another tune that sounds different at first hearing but has several ties with the former. This in turn may largely contribute to exploring melody contacts that derive from the specific culture of the given singing community. In this way, theory creation by the desk may be replaced by the more noble act of demonstrating real connections within the given musical material. The Kazakh collections were part of a more comprehensive project. As is known, the Chuvash, Tatar, Bashkir, Kazakh, Turkmen, Azeri and Anatolian Turkish people (listing the great ethnic units from north to south) live in the western part of the immense Turkic language bloc. There have been Hungarian attempts to explore the music of the Turkic peoples living on this vast crescent. In the northern area László Vikár collected a significant material of Chuvash, Tatar and Bashkir tunes, and discovered a musical style that is very similar to the Hungarian pentatonic fifth-shifting style along the Cheremiss and Chuvash border. Down in the south, Béla Bartók's collection in Turkey in 1936, aimed at the comparative exploration of Anatolian folk music, launched the work, joined in 1987-93 by my Anatolian collection. It turned out that although the fifth-shifting style is missing in Anatolia, there are strong similarities in the psalmodic and lament styles of Hungarian and Anatolian folk music. The Azeris and Turkmens linguistically relatively close to Anatolian Turks and speaking a Turkic language of the Oguz group live between the Volga region and Anatolia, which is also the home of the Kazakhs and Tatars speaking a Kipchak-Turkic tongue. We have succeeded in conducting several field researches among Kazakhs with support from the British Royal Academy's Stein-Arnold Fund as well as the Soros Foundation. As a result, we have gained an insight into the music of Mongolian Kazakhs and other Kazakh people who moved to Turkmenistan and then moved back to southwest Kazakhstan in recent decades. This volume is to afford a glimpse of the folk music of two Kazakh ethnic groups living some 3000 km apart. Besides presenting the material systematized and proportionately with the characteristics, we also try to give a comparison between the musics of the two groups. Whenever possible, analogies or contacts with the musical styles of other Turkic peoples living elsewhere and with the Hungarians are also pointed out. 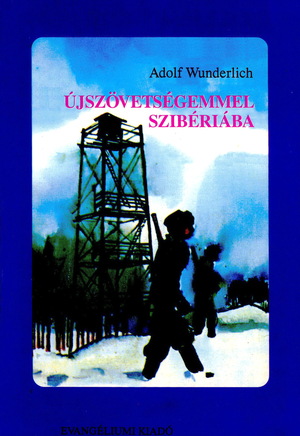 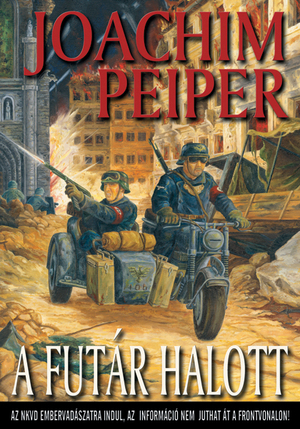 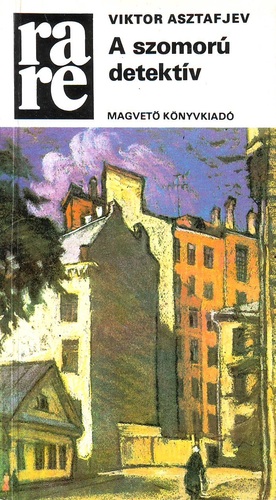 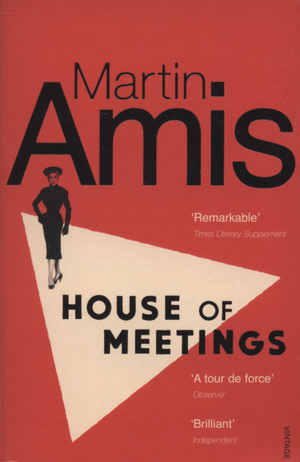 Martin Amis - House ​of Meetings
In ​1946, two brothers and a Jewish girl fall into alignment in pogrom-poised Moscow. The fraternal conflict then marinates in Norlag, a slave-labor camp above the Arctic Circle, where a tryst in the coveted House of Meetings will haunt all three lovers long after the brothers are released. And for the narrator, the sole survivor, the reverberations continue into the new century. 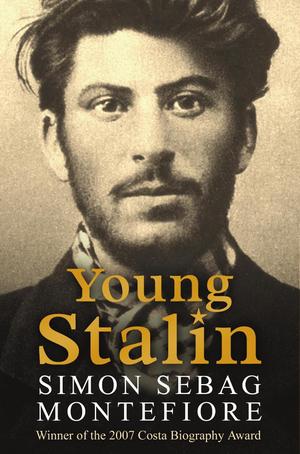 Simon Sebag Montefiore - Young ​Stalin
Stalin ​remains one of the creators of our world - like Hitler, the personification of evil. Yet Stalin hid his past and remains mysterious. This enthralling biography that reads like a thriller finally unveils the secret but extraordinary journey of the Georgian cobbler's son who became the Red Tsar. What forms such a merciless psychopath and consummate politician? Was he illegitimate? Did he owe everything to his mother - was she whore or saint? Was he a Tsarist agent or Lenin's chief gangster? Was he to blame for his wife's premature death? If he really missed the 1917 Revolution, how did he emerge so powerful? Born in poverty, exceptional in his studies, this charismatic but dangerous boy was hailed as a romantic poet, trained as a priest, but found his mission as fanatical revolutionary. The secret world of Joseph Conrad-style terrorism was Stalin's natural habitat, where he charmed his future courtiers, made the enemies he later liquidated, and abandoned his many mistresses and children. Montefiore shows how the murderous paranoia and gangsterism of the criminal underworld, combined with pitiless ideology, taught Stalin how to triumph in the Kremlin. 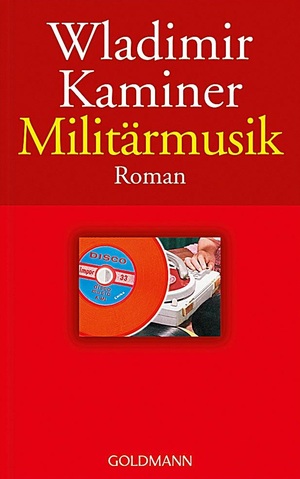 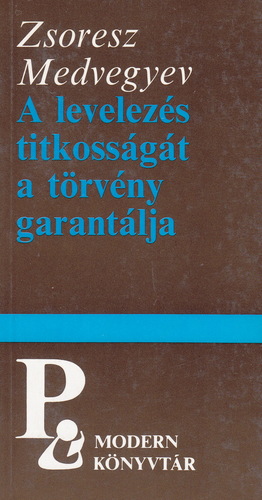 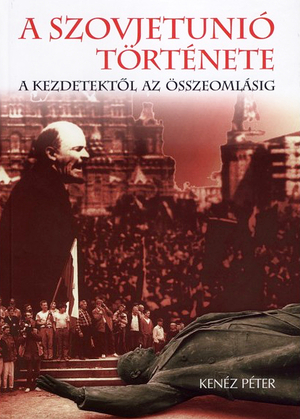