Here ​are the famous sutras, or sermons, of the Buddha; the gathas, or hymns; the intriguing philosophical puzzles known as koan; and the dharanis, or invocations to expel evil spirits. Included also are the recorded conversations of the great Buddhist monks – intimate dialogues on subjects of momentous importance. In addition to the written selections, all of them translated by Dr. Suzuki, there are reproductions of many Buddhist drawings and paintings, including religious statues found in Zen temples, each with an explanation of its significance, and the great series of allegorical paintings The Ten Ox Herding Pictures.

Daisetsu Teitaro Suzuki (鈴木 大拙 貞太郎 Suzuki Daisetsu Teitarō, October 18, 1870 – July 12, 19661) was a Japanese author of books and essays on Buddhism, Zen and Shin that were instrumental in spreading interest in both Zen and Shin (and Far Eastern philosophy in general) to the West. Suzuki was also a prolific translator of Chinese, Japanese, and Sanskrit literature. Suzuki spent several lengthy stretches teaching or lecturing at Western universities, and devoted many years to a professorship at Otani University, a Japanese Buddhist school. 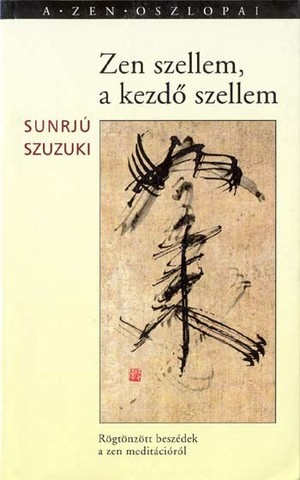 Joe Cummings - Bill Wassman - Robert A. F. Thurman - Buddhist ​Stupas in Asia
Lavishly ​illustrated with full-colour photographs, this book is a pictorial that explores the spread of Buddhism and stupa building across Asia and India. Attempts to encapsulate the durable appeal of the stupa - one of the oldest religious symbols still in use - collide with the vast and varied history of stupa building. 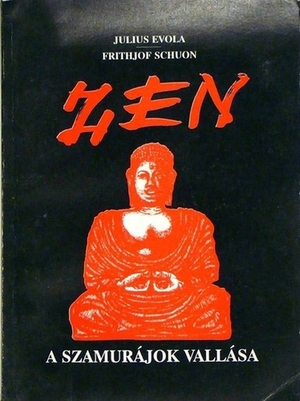 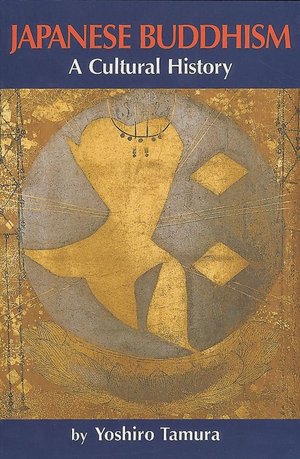 Yoshiro Tamura - Japanese ​Buddhism: A Cultural History
Buddhism, ​founded in India some twenty-five hundred years ago, reached Japan in 538 C.E. Assimilated into Japanese culture and refashioned as Japanese Buddhism, it became one of the most enduring and far-reaching cultural and intellectual forces in Japans's history. The stamp of Japanese Buddhism is unmistikable in the nation's poetry, literature, and art; and the imprint of Japan's indigenous culture is clear in such unique facets of Japanese Buddhism as the amalgamation of pre-Buddhist worship and esoteric Buddhism in the practice of the Shugendo ascetics. Japan's Buddhism and the nation's cultural matrix are so inextricably linked that it is impossible to explicate the one without understanding the other. Thus the present book is both a history of Japanese Buddhism and an introduction to Japan's political, social, and cultural history. It examines Japanese Buddhism in the context of literary and intellectual trends and of other religions, exploring social and intellectual questions that an ordinary history of religion would not address. YOSHIRO TAMURA (1921-89) was one of Japan's most outstanding scholars of Buddhism. At the time of his death, he was a professor at Buddhist studies at Tokyo's Rissho University. 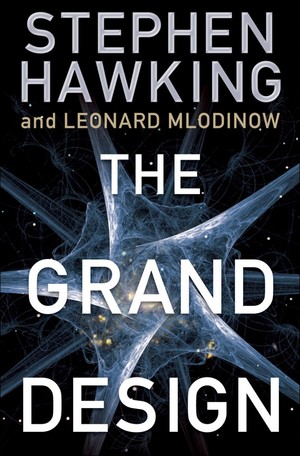 Stephen W. Hawking - Leonard Mlodinow - The ​Grand Design
The ​three central questions of philosophy and science: Why is there something rather than nothing? Why do we exist? Why this particular set of laws and not some other? No one can make a discussion of such matters as compulsively readable as the celebrated University of Cambridge cosmologist Hawking (A Brief History of Time). Along with Caltech physicist Mlodinow (The Drunkard's Walk), Hawking deftly mixes cutting-edge physics to answer those key questions. For instance, why do we exist? Earth occupies a "Goldilocks Zone" in space: just the perfect distance from a not-too-hot star, with just the right elements to allow life to evolve. On a larger scale, in order to explain the universe, the authors write, "we need to know not only how the universe behaves, but why." While no single theory exists yet, scientists are approaching that goal with what is called "M-theory," a collection of overlapping theories (including string theory) that fill in many (but not all) the blank spots in quantum physics; this collection is known as the "Grand Unified Field Theories." This may all finally explain the mystery of the universe's creation without recourse to a divine creator. This is an amazingly concise, clear, and intriguing overview of where we stand when it comes to divining the secrets of the universe. 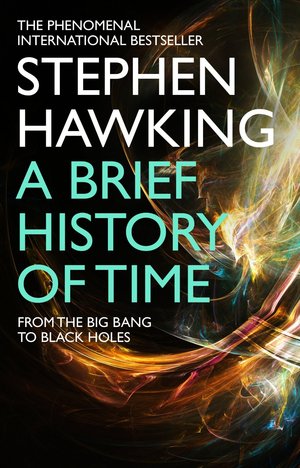 Stephen W. Hawking - A ​Brief History of Time
Brief ​History of Time, published in 1988, was a landmark volume in science writing and in world-wide acclaim and popularity, with more than 9 million copies in print globally. The original edition was on the cutting edge of what was then known about the origins and nature of the universe. But the ensuing years have seen extraordinary advances in the technology of observing both the micro - and the macrocosmic world - observations that have confirmed many of Hawking's theoretical predictions in the first edition of his book. Now a decade later, this edition updates the chapters throughout to document those advances, and also includes an entirely new chapter on Wormholes and Time Travel and a new introduction. It make vividly clear why A Brief History of Time has transformed our view of the universe. 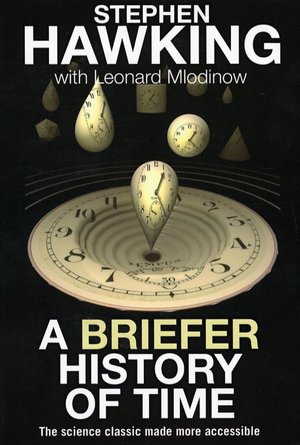 Stephen W. Hawking - Leonard Mlodinow - A ​Briefer History of Time
Stephen ​Hawking's worldwide bestseller, A Brief History of Time, remains one of the landmark volumes in scientific writing of our time. But for years readers have asked for a more accessible formulation of its key concepts--the nature of space and time, the role of God in creation, and the history and future of the universe. Professor Hawkings response is this new work that will guide nonscientists everywhere in the ongoing search for the tantalizing secrets at the heart of time and space.... Although briefer, this book is much more than a mere explanation of Hawkings earlier work. A Briefer History of Time both clarifies and expands on the great subjects of the original, and records the latest developments in the field--from string theory to the search for a unified theory of all the forces of physics. Thirty-seven full-color illustrations enhance the text and make A Briefer History of Time an exhilarating and must-have addition in its own right to the great literature of science and ideas. 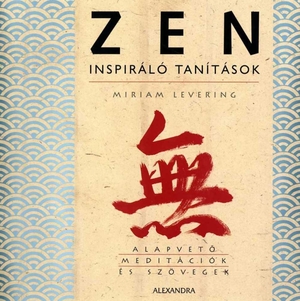 Stan Armington - Joe Bindloss - Bradley Mayhew - Nepal
Shangri-la ​exists. Trek to the top of the world, or share a smile with a Buddhist monk; raft down a mountain gorge, or glimpse a living Hindu goddess - in Nepal adventure and culture go hand in hand. With this definitive guide, you'll tread lightly through the best of the Himalaya.

If ​You Meet the Buddha on The Road, Kill Him! Sheldon B. Kopp
5

Sheldon B. Kopp - If ​You Meet the Buddha on The Road, Kill Him!
"The ​most important things that each man must learn no one else can teach him. Once he accepts this disappointment, he will be able to stop depending on the therapist, the guru who turns out to be just another struggling human being.” Using the myths of Gilgamesh, Siddhartha, The Wife of Bath, Don Quixote ... the works of Buber, Ginsberg, Shakespeare, Kafka, Nin, Dante and Jung ... a brilliant psychotherapist, guru and pilgrim shares the epic tales and intimate revelations that help to shape Everyman's journey through life 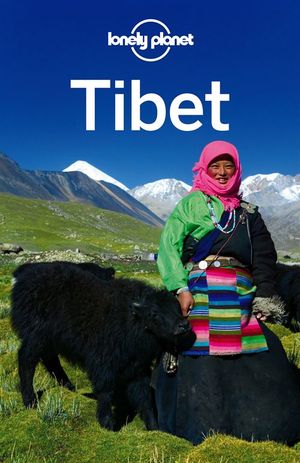 Michael Kohn - Bradley Mayhew - Tibet
Shangri-la, ​the Land of Snows, the roof of the world: the magical, mysterious Buddhist kingdom of Tibet is without doubt one of the world's most remarkable places. Whether you seek spiritual enlightenment or a close-up look at the world's highest mountains, Lonely Planet will guide you on your quest. - MAKE A VOYAGE OF DISCOVERY with our comprehensive coverage of the Tibetan plateau including western Sichuan and the gateway cities of Kathmandu and Chengdu - GO DEEPER - Decipher the deities and uncover the concepts with the help of our special chapter on Tibetan Buddhism - PACE YOURSELF - Our expert trekking chapter takes you on Tibet's most spectacular routes - walk in the footsteps of nomads, pilgrims and the conquerors of Everest - MAKE YOUR OWN WAY with the help of detailed transport information and over 50 maps - WORK THE BUREAUCRACY - Thorough advice on getting visas and permits

Rudolfo Anaya - Bless ​Me, Ultima
Ultima, ​a curandera, one who cures with herbs and magic, comes to Antonio Marez's New Mexico family when he is six years old, and she helps him discover himself in the magical secrets of the pagan past. 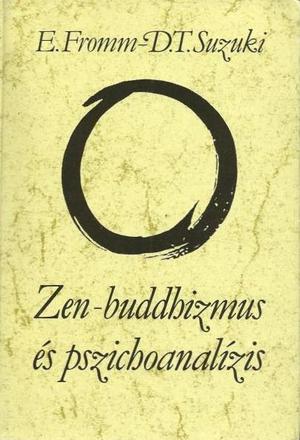 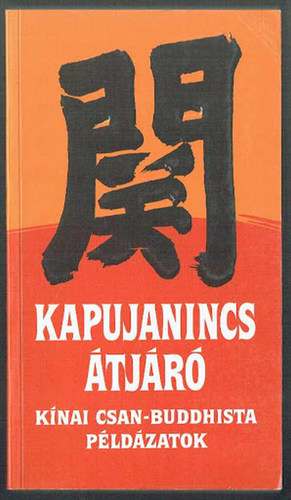 Ismeretlen szerző - The ​Illustrated Encyclopedia of World Religions
The ​Illustrated Encyclopedia of World Religions is a breathtakingly beautiful and absorbing introduction to the world's sacred traditions. It includes: - central themes and beliefs of each religion - information on worship, rituals, festivals and holy books - examples of artistic and creative work from each religious tradition - information on key religious figures - excerpts from sacred texts Chris Richards is a senior adviser on religious education and the teaching of humanities in Northamptonshire, England. He is a member of the Religious Education Council for England and Wales and general editor of a major religious education publication. In his 17-year teaching career he has developed and taught numerous courses on the world's religions. 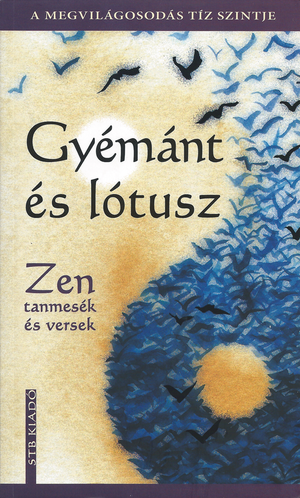 Ismeretlen szerző - Korean ​Cultural Heritage IV
Our ​Survery of Korean lifestyles begins with Professor Kang Shin-pyo's article on traditional life. Kang considers the basis of Korean culture and customs: the relationship between the individual and the community; the Korean concept of nature; Korea's syncretistic religious and philosophical tradition; and the importance of family throughout Korean history.