The ​Neon Genesis Evangelion vol.2 manga by Viz is the continuation of this fascinating story originally conceived by Gainax who are responsible for the excellent anime of the same name.

The story follows Shinji Ikari, a fourteen year-old child of a post second-impact Earth, whose estranged father runs the clandestine UN research organisation NERV. It is the responsibility of NERV to protect the Earth from attacks by the powerful Angels.

This version of the Neon Genesis Evangelion series is both written and drawn by the excellent Yoshiyuki Sadamoto. Even though this is his first full-length manga work, Sadamoto has a
distinguished pedigree. One of the founding members of Gainax, Sadamoto was character designer and animation director for both the 1987 film, Royal Space Force: The Wings Of Honneamise, and the 1990 TV show, Nadia: The Secret Of Blue Water.

Yoshiyuki Sadamoto - Neon ​Genesis Evangelion 9.
tell ​me, I pray thee, thy name Pride in being an Evangelion pilot--that is the essence of the Second Child, Soryu Asuka Langley. But the day she was chosen to be so was the most horrible of her life--and as that truth rises to consume her, Shinji finds a new comrade in the strange, beautiful and disturbing Kaworu Nagisa. Born on the day of the Second Impact, he has been sent directly by SEELE, which alone knows him by his real name--Tabris, the Angel of Free Will. Eva Vol. 9 contains a Japanese sound FX glossary plus a special bonus article on Kaworu, the mysterious stranger of the Evangelion story. 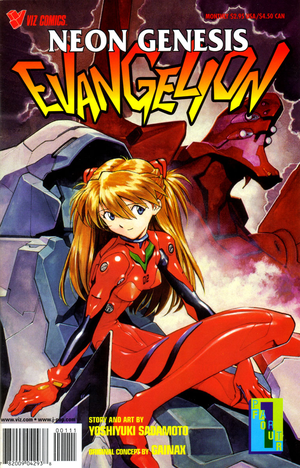 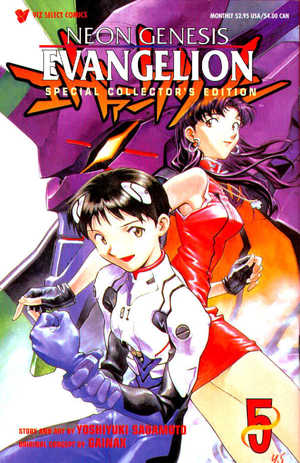 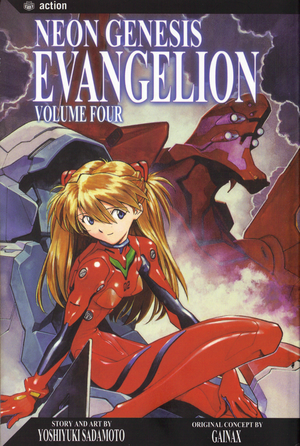 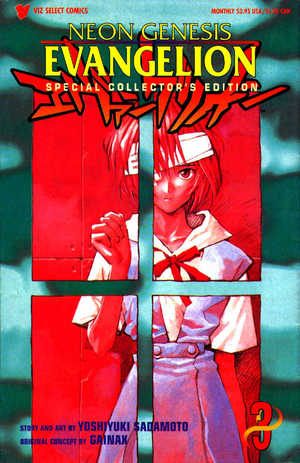 Yoshiyuki Sadamoto - Neon ​Genesis Evangelion 3.
Set ​in a post apocalyptical world Ikari Shinji and his fellow pilots, the mysterious Ayanami Rei and the fiery Asuka Langley Soryu battle monstrous creatures, the so called "Angels" using the Evangelions, a creation of men's science. As the story leads us along the path Shinji-kun has to tread, we discover that the hardest battle is not with the angels but perhaps with one's own sprit. 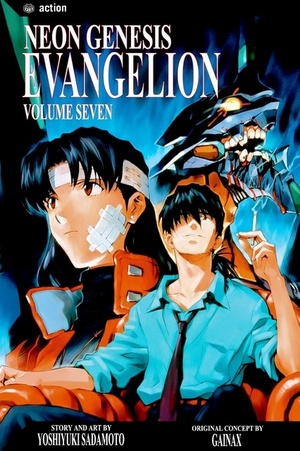 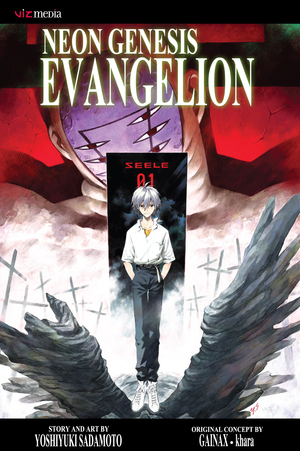 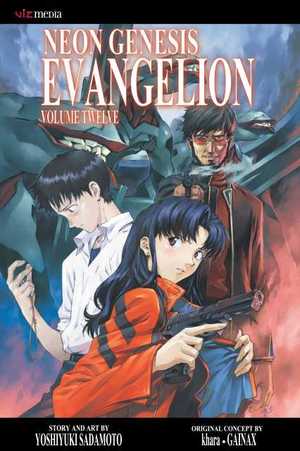 Yoshiyuki Sadamoto - Neon ​Genesis Evangelion 12.
Reads ​R to L (Japanese Style) T+ audience. Japan's most controversial anime series is over...but not the manga version of Neon Genesis Evangelion! Series co-creator Yoshiyuki Sadamoto's personal interpretation of the Evangelion characters and story is sure to intrigue new and old fans alike. In 2015, the ""Angels"" have returned, and Shinji Ikari, a fourteen year-old child of the new Earth, is forced by his father Gendo--commander of the secret organization NERV--to pilot the monstrous biomechanical weapon called ""Evangelion"" to match the Angels' fearsome power... 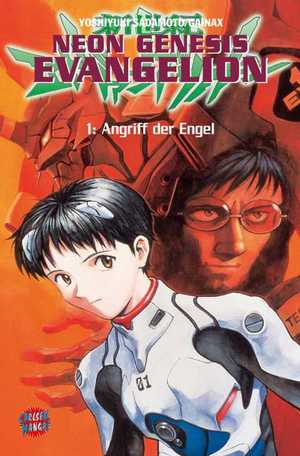 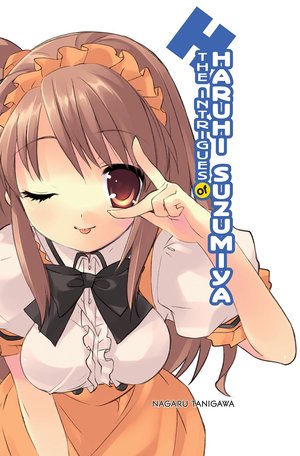 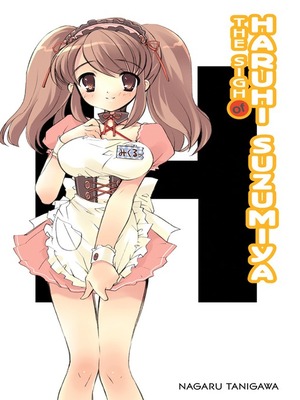 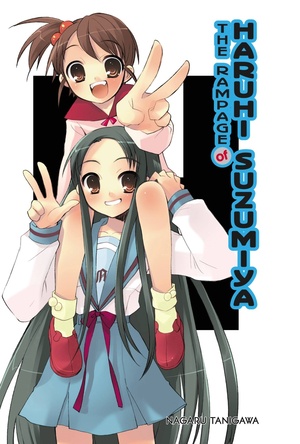 Nagaru Tanigawa - The ​Rampage of Haruhi Suzumiya
Stunning, ​brash, and completely clueless about her powers, Haruhi Suzumiya can make anything bend to her will. Although she doesn’t know it, she’s a goddess who has the ability to destroy the world…don’t make her mad! Luckily, she has her SOS Brigade — a club comprised of her high school’s most extraordinary students — to keep her happy. This fifth volume in the wildly fun and unpredictable Haruhi Suzumiya series features three short stories for Haruhi’s every mood: an endless summer, an overheated competition with the computer club, and a ski trip getaway in a dangerous blizzard!

Hitoshi Iwaaki - Parasyte ​1.
SILENT ​INVASION They arrive in silence and darkness. They descend from the skies. They have a hunger for human flesh. They are everywhere. They are parasites, alien creatures who must invade–and take control of–a human host to survive. And once they have infected their victims, they can assume any deadly form they choose: monsters with giant teeth, winged demons, creatures with blades for hands. But most have chosen to conceal their lethal purpose behind ordinary human faces. So no one knows their secret–except an ordinary high school student. Shin is battling for control of his own body against an alien parasite, but can he find a way to warn humanity of the horrors to come? Ages 16+ 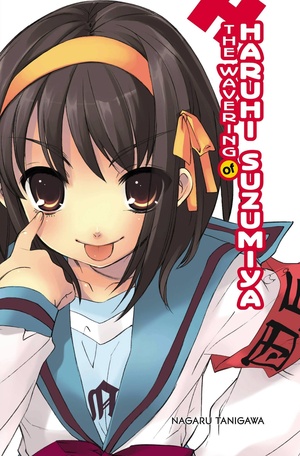 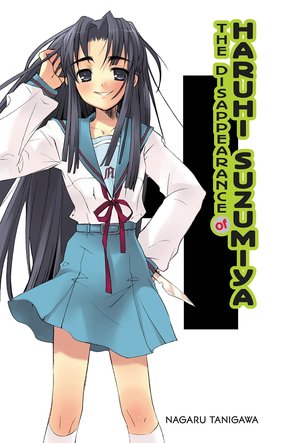 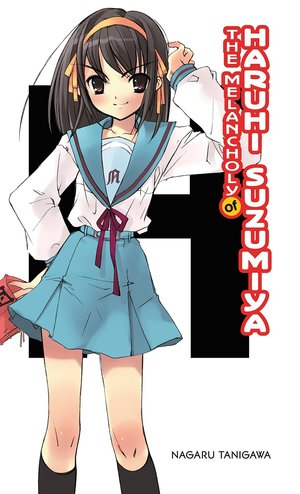 Nagaru Tanigawa - The ​Melancholy of Haruhi Suzumiya
Meet ​Haruhi — a cute, determined girl, starting high school in a city where nothing exciting happens and absolutely no one understands her. Meet Kyon — the sarcastic guy who sits in front of Haruhi in homeroom and the only boy Haruhi has ever opened up to. His fate is now tied to hers. Meet the SOS Brigade — an after-school club organized by Haruhi with a mission to seek out the extraordinary. Oh, and their second mission? Keeping Haruhi happy…because even through she doesn’t know it, Haruhi has the power to destroy our universe…