Watch ​You Bleed - The Saga of Guns n' Roses

In ​the late Eighties, Guns ‘n’ Roses were the biggest, baddest, band on the planet, a rock ‘n’ roll juggernaut that played era-defining songs like Sweet Child ’O Mine and Welcome to the Jungle to packed stadiums around the globe. They were a band so utterly convinced of their own greatness that they released not one, but two double albums on a single morning. But their excess was not just a feature of their recording career. Their offstage antics were legendary. Spleen bursting quantities of drugs and booze fuelled a rapacious appetite for groupies and bad behaviour. They learnt from the debauchery of the seventies and they topped it. And in the end it all crashed down in flames. Now Steven Davis, author of the classic rock bestseller Hammer of the Gods, his biography of Led Zeppelin is telling the whole story for the first time. Years of research and exclusive interviews make this the definitive story of the one of the greatest rock bands the world has ever known. 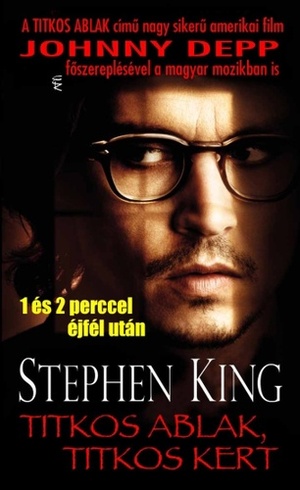 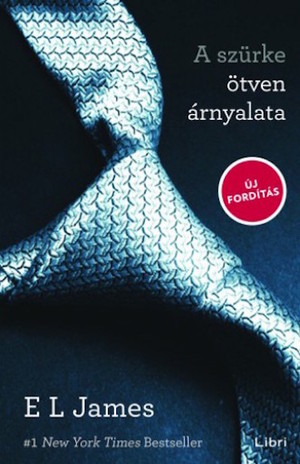 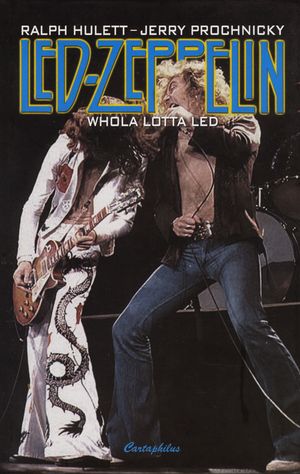 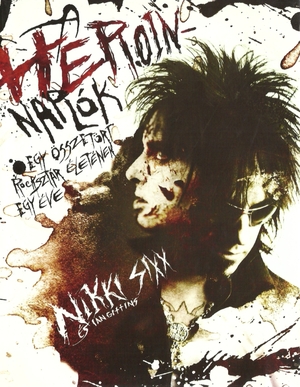 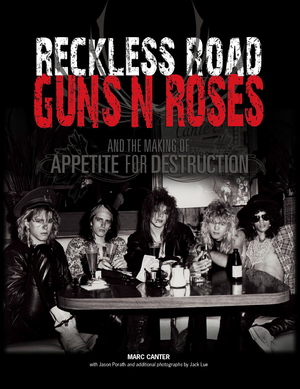 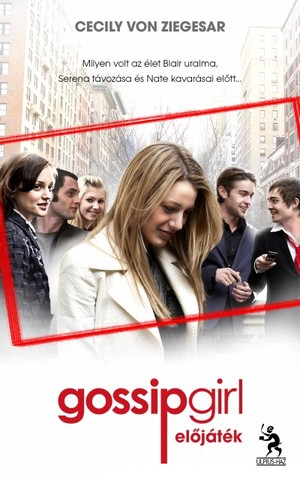 Anna Pasternak - Princess ​in Love
This ​book tells the true story of the love between a woman and a man, a love that was both passionate and full of hope and yet, ultimately, hopeless. The woman was Diana, the Princess of Wales; the man was Captain James Hewitt.Their love lasted for nearly five years; this is their story. 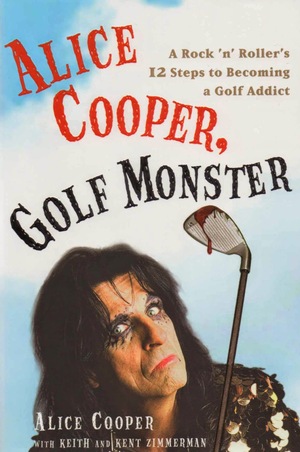 Alice Cooper - Alice ​Cooper, Golf Monster
The ​man who invented shock rock tells the amazing and, yeah, shocking story of how he slayed his thirsty demons—with a golf club. It started one day when Cooper was watching a Star Trek rerun between concerts, bored and drunk on a quart-of-whiskey-a-day habit; a friend dragged the rocker out of his room and suggested a round of golf. Cooper has been a self-confessed golf addict ever since. Today he and his band still tour the world, playing some one hundred gigs a year . . . and three hundred days out of that year, Cooper is on the course. Alice Cooper, Golf Monster is Cooper’s tell-all memoir; in it he talks candidly about his entire life and career, as well as his struggles with alcohol, how he fell in love with the game of golf, how he dried out at a sanitarium back in the late ’70s, and how he put the last nails in his addiction’s coffin by getting up daily at 7 a.m. to play 36 holes. Alice has hilarious, touching, and sometimes surprising stories about so many of his friends: Led Zeppelin and the Doors, George Burns and Groucho Marx, golf legends like John Daly and Tiger Woods . . . everyone is here from Dalí to Elvis to Arnold Palmer. This is the story of Cooper’s life, and also a story about golf. He rose from hacker to scratch golfer to serious Pro Am competitor and on to his status today as one of the best celebrity golfers around—all while rising through the rock ’n’ roll ranks releasing platinum albums and selling out arenas with his legendary act. 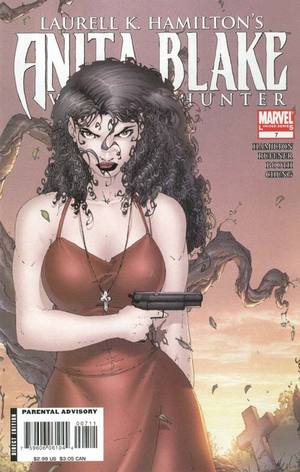 Laurell K. Hamilton - Stacie Ritchie - Anita ​Blake Vampire Hunter - Guilty Pleasures 7.
Guilty ​Pleasures is back! After a short hiatus, the hit adaptation of Laurell K. Hamilton's Anita Blake series continues! What price will Anita pay in order to save her friend's life and solve the Vampire Murders? Will she actually kiss Phillip? How far will Edward go in order to find out where the daytime resting place of the Master Vampires truly is? Where is Jean-Claude? And most importantly, who is behind the Vampire Murders? What's next for Anita Blake, you ask? The answers to all of those questions begin here!

Laurell K. Hamilton - Stacie Ritchie - Anita ​Blake Vampire Hunter - Guilty Pleasures 3.
Anita ​Blake has faced great horrors in her career as a vampire hunter and an animator of the undead, but being left in a dungeon with an army of were-rats is hardly her idea of a good time. Fortunately, she is able to escape when her vampire hosts intercede, but her good luck seems short-lived when she is brought before Nikolaos, the master vampire of St. Louis. What Nikolaos wants is unclear, but one thing is certain - even an experienced vampire hunter like Anita cannot stand against a being as powerful as this! But can she survive the night? 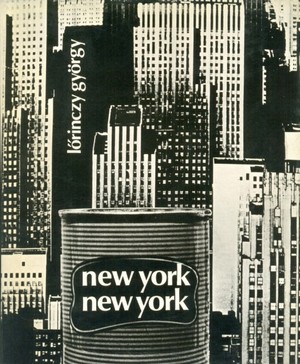 Lőrinczy György - New ​York, New York
„In ​1968 the photographer György Lőrinczy took advantage of the Hungarian government’s decision to relax its rigorous laws on citizens travelling abroad. The result was his book New York, New York , which projected a rather less jaundiced view of the Big Apple than that of many home-grown photographers. As a foreigner’s vision, and in terms of photographic outlook, Lőrinczy’s perspective clearly has affinities with that of William Klein, but his manic exuberance seems to run on pure energy, without the psychological tensions that underpin Klein’s more realistic and informed vision of the city. It seems unlikely that Lőrinczy saw the work of any of the Japanese photographers of the day, but his book has a similar ‘anything goes’ feeling, akin to the totally spontaneous style of someone like Daido Moriyama, who coincidentally, was photographing in New York around the same time. Lőrinczy’s style is rough, raw and uninhibited, in the best stream-of-consciousness manner. But he has nevertheless thought about New York, New York as a books, not only laying it out in a dinamic cinematic style, but employing such devices as printing one ot two pages on tracing paper, or utilizing extreme grain, blur and even solarization. The later, surprisingly, renders his depiction of the city’s energies more rather hallucinatory feeling that Lőrinczy seems to have experienced on encountering this most vibrant of cities. Lőrinczy clearly had a whale of a time in the headquarters of consumer capitalism, catching up on the 1960s and tasting some of its forbidden fruits, such as rock bands and experimental theatre groups. This excited, carefree, though not naive view of New York makes a refreshing change from the inbred cynicism of the streetwise native”. 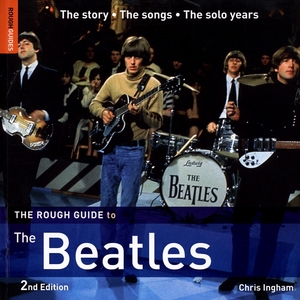 The ​Rough Guide to The Beatles Chris Ingham
5

Chris Ingham - The ​Rough Guide to The Beatles
The ​Essential Beatles Companion The Beatles are the ultimate band - the most popular, the most influental of all time. This new edition of The Rough Guide to The Beatles covers every aspect of the group, delving deep into the music, lyrics, movies and solo careers. The Story: from Liverpool clubs to Beatlemania, the break-up and beyond The Music: incisive reviews of every Beatles album and all of the Fab Four's solo work The Canon: the inside track on their 50 greatest songs On Screen: the movies, the promos, the documentaries and the TV appearances The Fifth Beatle: George Martin, Yoko Ono, Magic Alex, Klaus Voormann and other insiders Beatleology: the best books, the weirdest covers, the most obsessive websites, the obscurest trivia... All you need is this! 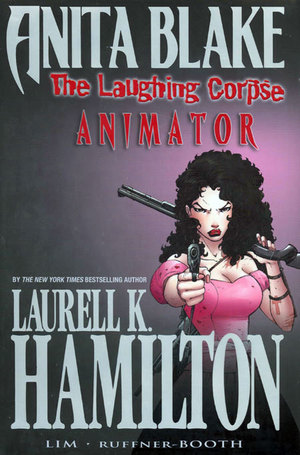 Laurell K. Hamilton - Anita ​Blake, Vampire Hunter: The Laughing Corpse Book 1 - Animator
Anita ​Blake is back in the second volume of Marvel's comic adaptation of Laurell K. Hamilton's bestselling series of novels! What would you do for a million dollars? Would you resurrect a two-and-one-half-century old corpse? Harold Gaynor poses just that question to Animator and part-time vampire hunter, Anita Blake... Plus, some crime scenes are even too horrible for a vampire slayer, and the worse they are, the more questions they raise. Collects Anita Blake: The Laughing Corpse - Book One #1-5. 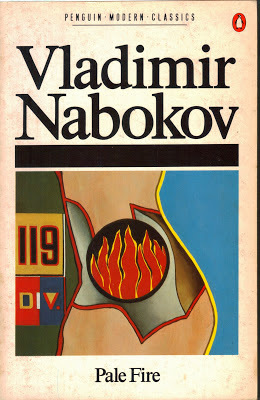 Patti Smith - Just ​Kids
In ​Just Kids, Patti Smith’s first book of prose, the legendary American artist offers a never-before-seen glimpse of her remarkable relationship with photographer Robert Mapplethorpe in the epochal days of New York City and the Chelsea Hotel in the late sixties and seventies. An honest and moving story of youth and friendship, Smith brings the same unique, lyrical quality to Just Kids as she has to the rest of her formidable body of work—from her influential 1975 album Horses to her visual art and poetry.

Laurell K. Hamilton - Stacie Ritchie - Anita ​Blake Vampire Hunter - Guilty Pleasures 9.
Laurell ​K. Hamilton’s deadly vampire hunter continues on the trail of a brutal and mysterious killer, a trail which leads her through all parts of the Vampire society. This time, Anita goes in for a personal meeting with the Church of Eternal Life, the vampire religion which promises to make you live forever and actually delivers. But will the head of the church tolerate Anita’s accusations? The comic adaptation of the first novel in the best-selling Anita Blake series continues here! 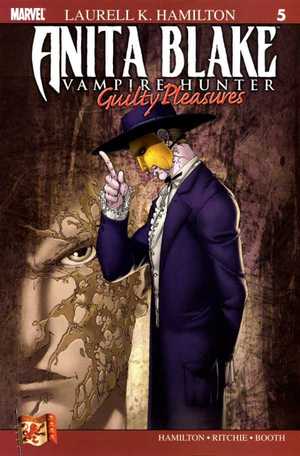 Laurell K. Hamilton - Stacie Ritchie - Anita ​Blake Vampire Hunter - Guilty Pleasures 5.
Written ​by Laurell K. Hamilton, Stacie M. Ritchie. Illustrated by Brett Booth. Anita Blake has become deeply involved in a murder mystery that threatens to shake the foundations of the vampire underworld of St. Louis, and she's not about to let the roadblocks she's encountered thus far stop her from solving the case. But she won't be able to do it alone - she's going to need the help of Phillip, a vampire junkie who can help her gain access to people and places she'd never be able to enter on her own. including a special vampire party where hunters like herself are definitely not welcome. Masterfully adapted from the novel by New York Times Best-selling Author Laurell K. Hamilton, ANITA BLAKE, VAMPIRE HUNTER offers a thrilling ride through a world where vampires, werewolves and other creatures of the night are legal citizens of the United States and where hunters like Anita Blake are called in whenever things get out of hand. Discover why this title is already being called the "surprise hit of 2006" by readers and critics alike! Parental Advisory 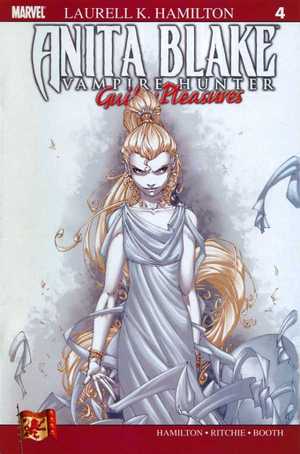 Laurell K. Hamilton - Stacie Ritchie - Anita ​Blake Vampire Hunter - Guilty Pleasures 4.
Anita ​Blake has faced great horrors in her career as a vampire hunter and an animator of the undead, but being left in a dungeon with an army of were-rats is hardly her idea of a good time. Fortunately, she is able to escape when her vampire hosts intercede, but her good luck seems short-lived when she is brought before Nikolaos, the master vampire of St. Louis. What Nikolaos wants is unclear, but one thing is certain - even an experienced vampire hunter like Anita cannot stand against a being as powerful as this! But can she survive the night? 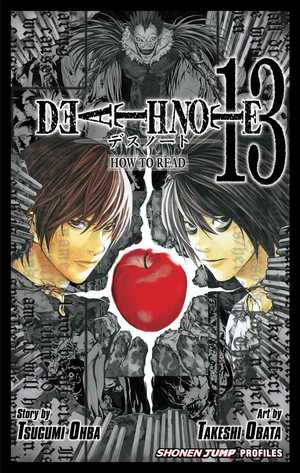 Tsugumi Ohba - Death ​Note 13. - How to read
An ​encyclopedic guide to the Death Note manga series, including character bios, storyline summaries, interviews with creators Tsugumi Ohba and Takeshi Obata, production notes and commentaries, and bonus manga pages. Light Yagami is an ace student with great prospects--and he's bored out of his mind. But all that changes when he finds the Death Note, a notebook dropped by a rogue Shinigami death god. Any human whose name is written in the notebook dies, and now Light has vowed to use the power of the Death Note to rid the world of evil. But when criminals begin dropping dead, the authorities send the legendary detective L to track down the killer. With L hot on his heels, will Light lose sight of his noble goal…or his life?