The ​Innocence of Father Brown

The ​Innocence of Father Brown (1911) is the first of five collections of mystery stories by G. K. Chesterton starring an unimposing but surprisingly capable Roman Catholic priest. Father Browns ability to uncover the truth behind the mystery continually surpasses that of the experts around him, who are fooled into underestimation by the priests unimpressive outward appearance and, often, by their own prejudices about Christianity.

G. K. Chesterton - The ​Scandal of Father Brown
'It ​would not be fair to record the adventures of Father Brown without admitting that he was once involved in a grave scandal...' The story of the Mexican Scandal, however, is only the first of nine intrguing cases solved by that modest and charming priest. 'It may seem odd to class a man who has difficulty in rolling his umbrella and does not know the right end of his return ticket among the Supermen of detection, but Father Brown belongs among them' - Julian Symons 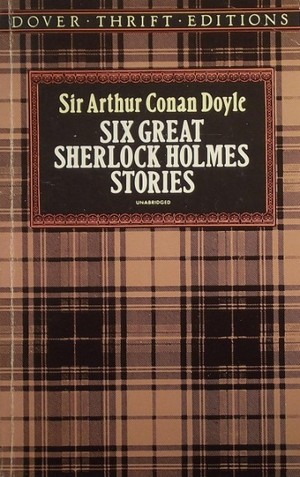 Sir Arthur Conan Doyle - Three ​Adventures of Sherlock Holmes (Penguin Readers)
Sherlock ​Holmes is a great detective. There are few cases that he cannot solve. In these three stories we meet a young woman who is terrified of a mysterious 'speckled band', a family who think that five orange pips are a sign of death, and a banker who believes that his son is a thief. But are things really as they seem? 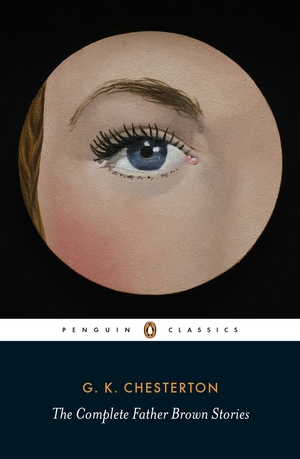 G. K. Chesterton - The ​Complete Father Brown Stories
Father ​Brown, one of the most quirkily genial and lovable characters to emerge from English detective fiction, first made his appearance in The Innocence of Father Brown in 1911. That first collection of stories established G.K. Chesterton's kindly cleric in the front rank of eccentric sleuths. This complete collection contains all the favourite Father Brown stories, showing a quiet wit and compassion that has endeared him to many, whilst solving his mysteries by a mixture of imagination and a sympathetic worldliness in a totally believable manner. 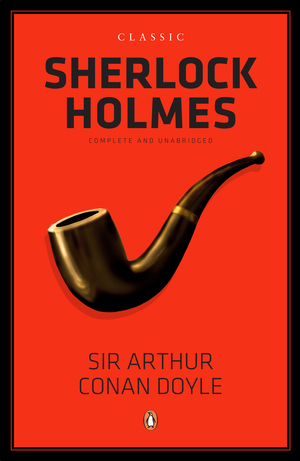 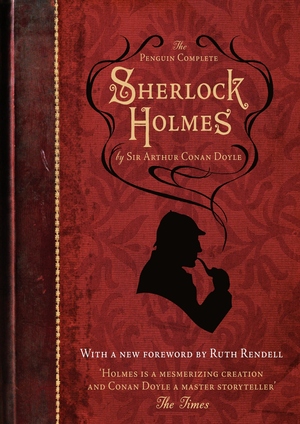 Sir Arthur Conan Doyle - The ​Return of Sherlock Holmes / His Last Bow
Criminals ​beware! Sherlock Holmes is back! Ten years after his supposed death at the Reichenbach falls, the famous detective returns to Baker Street in London and is ready to commence work once more, unravelling a series of baffling cases. Arthur Conan Doyle provides a rich and fascinating set of mysteries to challenge his sleuth in the new stories. As before, Watson is the superb narrator, and the magic remains unchanged and undimmed. This fascinating volume also includes the collection _His Last Bow_. In the title story, we are told how Sherlock Holmes is brought out of retirement to help the government fight the German threat at the approach of the First World War. Here are two sparkling sets of stories featuring the greatest detective of them all. 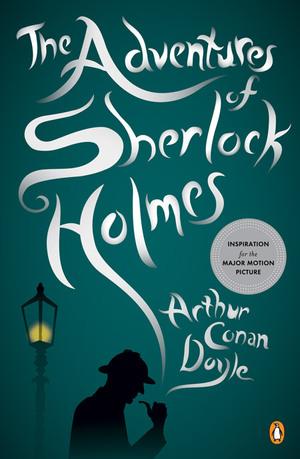 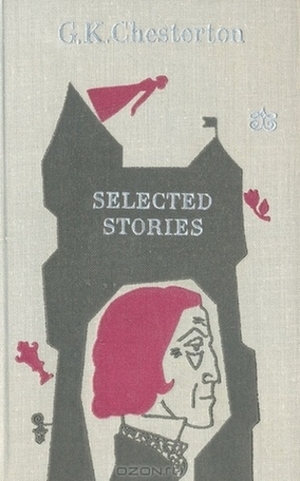 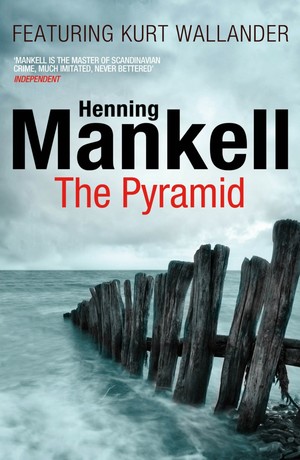 Henning Mankell - The ​Pyramid
The ​missing piece of the internationally bestselling Kurt Wallander mystery series: the story of Wallander's beginnings, told in five gripping short mysteries. "What happened to Wallander before the series began?...Several years ago, right when I was done with the fifth book, Sidetracked, I realized that I had started to write stories in my head that took place long before the start of the series." - from Henning Mankell's foreword At last, a key addition to the Kurt Wallander mystery series: the book of short mysteries that takes us back to the beginning. Here we meet Wallander the twenty-one-year-old patrolman on his first criminal investigation, Wallander the young father facing an unexpected danger on Christmas Eve, Wallander on the brink of middle age solving a case of poisoning, the newly separated Wallander investigating the murder of a local photographer, and Wallander the veteran detective discovering unexpected connections between a downed mystery plane and the assassination of a pair of spinster sisters. Over the course of these five mysteries, he comes into his own as a murder detective, defined by his simultaneously methodical and instinctive work, and is increasingly haunted from witnessing the worst aspects of an atomized society. Written from the unique perspective of an author looking back upon his own creation to discover his origins, these mysteries are vintage Mankell. Essential reading for all Wallander fans, The Pyramid is also a wonderful showcase for Mankell's powers as a writer. 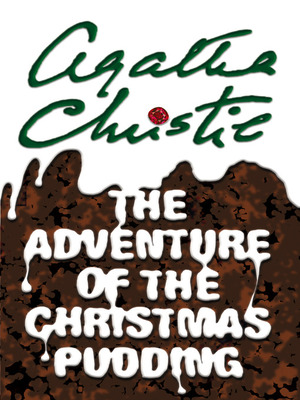 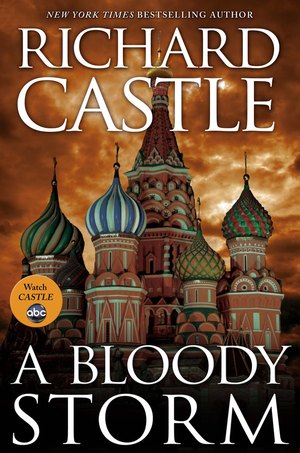 Richard Castle - A ​Bloody Storm
Derrick ​Storm is back--this time with a crack team of ghost CIA operatives. These former agents have all faked their own deaths and now work for the CIA on a strictly secret basis, taking on dangerous and illegal jobs the agency may not officially carry out. They're headed to the Molguzar Mountains to look for sixty billion dollars' worth of gold hidden by the KGB before the collapse of the Soviet Union, and taking a perilous detour to rescue FBI agent April Showers from a sociopathic torturer. But Storm's loyalties are put to the test as the mission begins to unravel into a bloody mountaintop showdown, and he and Showers must find out the hard way that their assignment may not be what they thought it was... 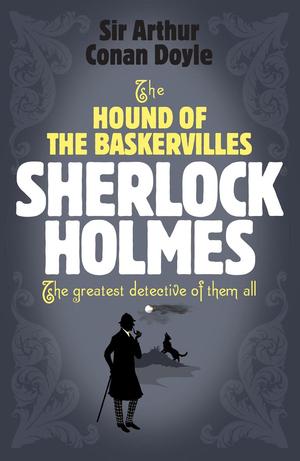 The ​Hound of the Baskervilles Sir Arthur Conan Doyle
2

Sir Arthur Conan Doyle - The ​Hound of the Baskervilles
"Mr. ​Holmes, they were the footprints of a gigantic hound!" The death, quite suddenly, of Sir Charles Baskerville in mysterious circumstances is the trigger for one of the most extraordinary cases ever to challenge the brilliant analytical mind of Sherlock Holmes. As rumours of a legendary hound said to haunt the Baskerville family circulate, Holmes and Watson are asked to ensure the protection of Sir Charles' only heir, Sir Henry - who has travelled all the way from America to reside at Baskerville Hall in Devon. And it is there, in an isolated mansion surrounded by mile after mile of wild moor, that Holmes and Watson come face to face with a terrifying evil that reaches out from centuries past... 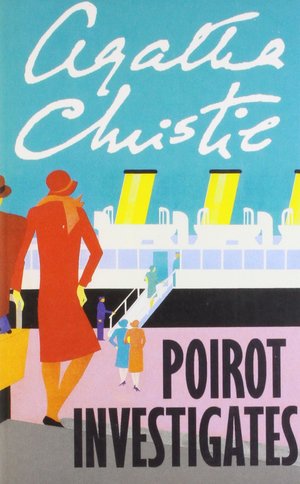 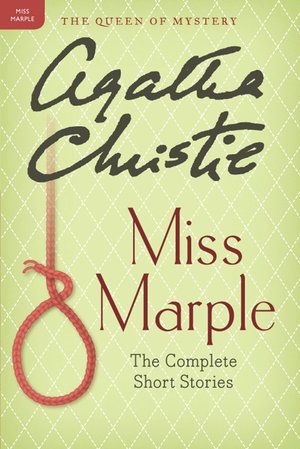 Agatha Christie - Miss ​Marple - The Complete Short Stories
Miss ​Marple made her first appearance in a book in 1930, and her twelfth and final novel was published shortly after Agatha Christie's death almost 50 years later. In the intervening years Miss Marple also featured in 20 short stories, published in a number of different collections. But never befora have they been available together. In this complete volume, Miss Marple uses her unique insight to deduce the truth about a series of unsolved crimes - cases of a girl framed for theft, some disappearing bloodstains, the cryptic last message of a poisoned man, a woman killed within days of writing her will, a spiritualist who predicts death, a mortally wounded stranger in a church, a Christmas tragedy... In all 20 ingenious crimes, every one guaranteed to keep you guessing until the turn of the final page. 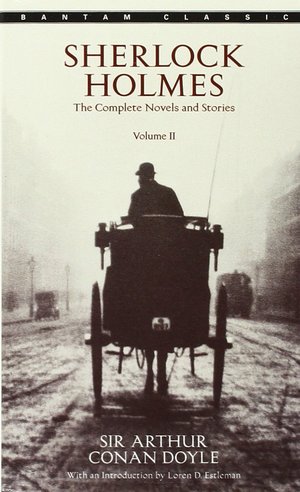 Sir Arthur Conan Doyle - Sherlock ​Holmes - The Complete Novels and Stories II.
Since ​his first appearance in Beetons Christmas Annual in 1887, Sir Arthur Conan Doyles Sherlock Holmes has been one of the most beloved fictional characters ever created. Now, in two volumes, this new Bantam edition presents all 56 short stories and four novels featuring Conan More...Doyles classic hero -a truly complete collection of Sherlock Holmess adventures in crime now available in paperback! Volume II begins with The Hound of the Baskervilles, a haunting novel of murder on eerie Grimpen Moor, which has rightly earned its reputation as the finest murder mystery ever written. The Valley of Fear matches Holmes against his archenemy, the master of imaginative crime, Professor Moriarty. In addition, the loyal Dr. Watson has faithfully recorded Holmess feats of extraordinary detection in such famous cases as the thrilling Adventure of the Red Circle, Holmess tragic and fortunately premature farewell in The Final Problem, and the 12 baffling adventures from The Casebook of Sherlock Holmes. Conan Doyle's incomparable tales bring to life a Victorian England of horse-drawn cabs, fogs, and the famous lodgings at 221B Baker Street, where for more than forty years Sherlock Holmes earned his undisputed reputation as the greatest fictional detective of all time. 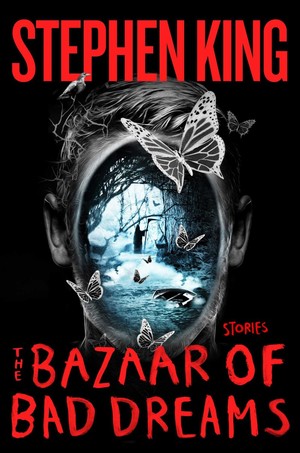 Stephen King - The ​Bazaar of Bad Dreams
The ​next short story collection containing many of the previously published but hard-to-find short stories published since Just After Sunset. 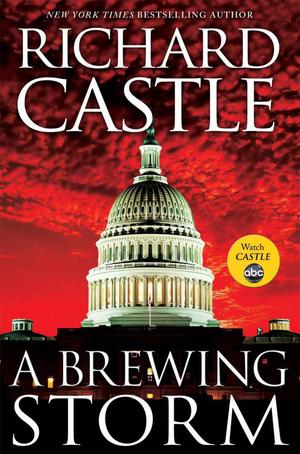 Richard Castle - A ​Brewing Storm
Part ​1 of the Derrick Storm Trilogy FROM THE BESTSELLING AUTHOR OF HEAT WAVE When Derrick Storm needed to leave the CIA, he couldn't just retire. He had to fake his own death. So when his former boss calls in an old favor that will bring Storm out of early retirement and back to Washington to investigate a high-profile kidnapping, he knows there must be more at stake than the life of a senator's son. Working alongside, but not exactly with, bombshell FBI investigator April Showers, Storm must make sense of a confusing flurry of ransom notes and a complicated web of personal relationships and international politics. He'll get to the bottom of the kidnapping, but the storm is still brewing . . .