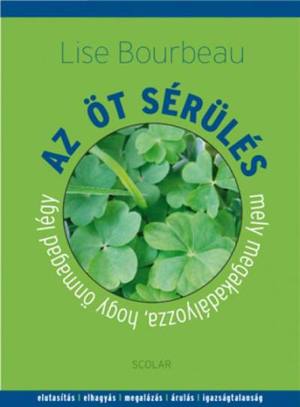 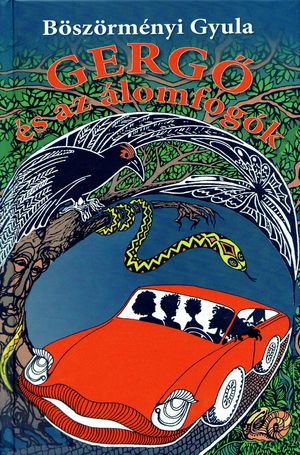 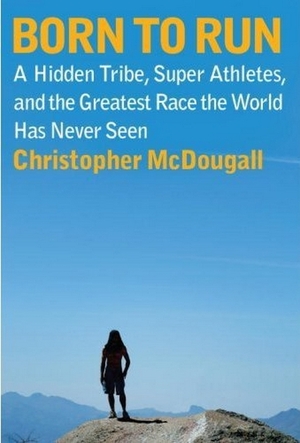 Christopher McDougall - Born ​to Run
An ​epic adventure that began with one simple question: Why does my foot hurt? Isolated by Mexico's deadly Copper Canyons, the blissful Tarahumara Indians have honed the ability to run hundreds of miles without rest or injury. In a riveting narrative, award-winning journalist and often-injured runner Christopher McDougall sets out to discover their secrets. In the process, he takes his readers from science labs at Harvard to the sun-baked valleys and freezing peaks across North America, where ever-growing numbers of ultra-runners are pushing their bodies to the limit, and, finally, to a climactic race in the Copper Canyons that pits America’s best ultra-runners against the tribe. McDougall’s incredible story will not only engage your mind but inspire your body when you realize that you, indeed all of us, were born to run. 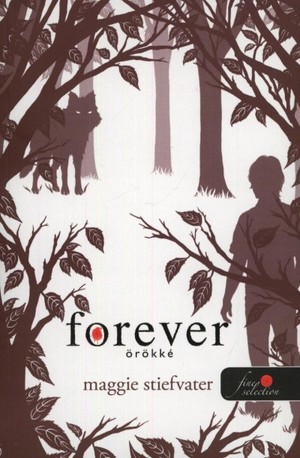 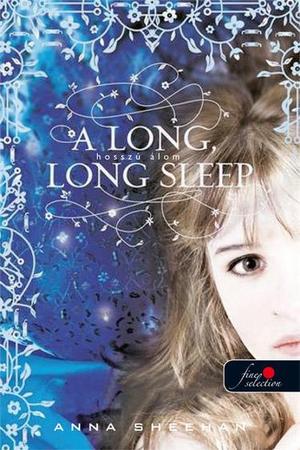 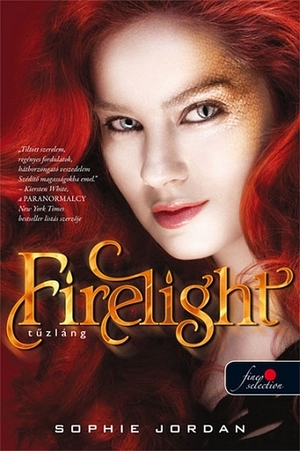 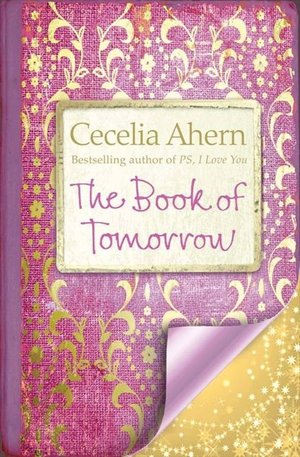 The ​Book of Tomorrow Cecelia Ahern
12

Cecelia Ahern - The ​Book of Tomorrow
"Tamara ​Goodwin has always got everything she′s ever wanted. Born into a family of wealth, she grew up in a mansion with its own private beach, a wardrobe full of designer clothes, a large four poster bed complete with a luxurious bathroom en-suite. She′s always lived in the here and now, never giving a second thought to tomorrow. But then suddenly her dad is gone and life for Tamara and her mother changes forever. Left with a mountain of debt, they have no choice but to sell everything they own and move to the country to live with Tamara′s Uncle and Aunt. Nestled next to Kilsaney Castle, their gate house is a world away from Tamara′s childhood. With her mother shut away with grief, and her aunt busy tending to her, Tamara is lonely and bored and longs to return to Dublin. When a travelling library passes through Kilsaney Demesne, Tamara is intrigued. She needs a distraction. Her eyes rest on a mysterious large leather bound tome locked with a gold clasp and padlock. With some help, Tamara finally manages to open the book. What she discovers within the pages takes her breath away and shakes her world to its core." 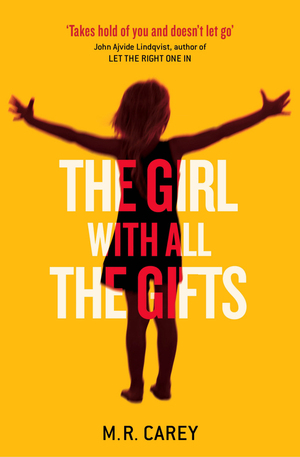 M. R. Carey - The ​Girl With All the Gifts
Melanie ​is a very special girl. Dr Caldwell calls her 'our little genius'. Every morning, Melanie waits in her cell to be collected for class. When they come for her, Sergeant keeps his gun pointing at her while two of his people strap her into the wheelchair. She thinks they don't like her. She jokes that she won't bite, but they don't laugh. Melanie loves school. She loves learning about spelling and sums and the world outside the classroom and the children's cells. She tells her favourite teacher all the things she'll do when she grows up. Melanie doesn't know why this makes Miss Justineau look sad. THE GIRL WITH ALL THE GIFTS is a terrible, wonderful, heart-breaking story about hope and humanity and a little girl who tries to save the world. 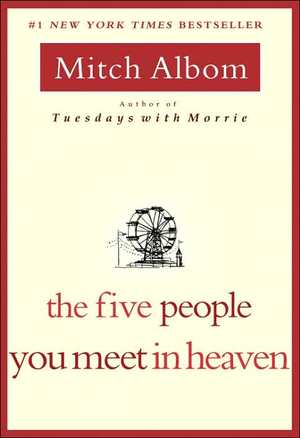 The ​Five People You Meet in Heaven Mitch Albom
2

Mitch Albom - The ​Five People You Meet in Heaven
Part ​melodrama and part parable, Mitch Albom's The Five People You Meet in Heaven weaves together three stories, all told about the same man: 83-year-old Eddie, the head maintenance person at Ruby Point Amusement Park. As the novel opens, readers are told that Eddie, unsuspecting, is only minutes away from death as he goes about his typical business at the park. Albom then traces Eddie's world through his tragic final moments, his funeral, and the ensuing days as friends clean out his apartment and adjust to life without him. In alternating sections, Albom flashes back to Eddie's birthdays, telling his life story as a kind of progress report over candles and cake each year. And in the third and last thread of the novel, Albom follows Eddie into heaven where the maintenance man sequentially encounters five pivotal figures from his life (a la A Christmas Carol). Each person has been waiting for him in heaven, and, as Albom reveals, each life (and death) was woven into Eddie's own in ways he never suspected. Each soul has a story to tell, a secret to reveal, and a lesson to share. Through them Eddie understands the meaning of his own life even as his arrival brings closure to theirs.

A step in the dark Judith Lennox
0 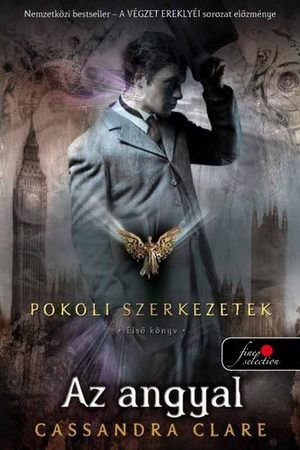 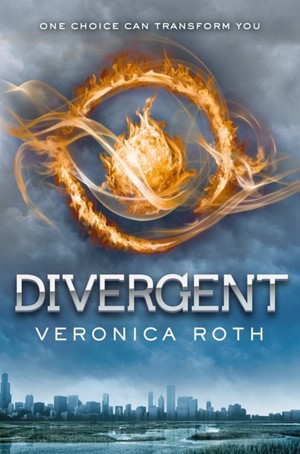 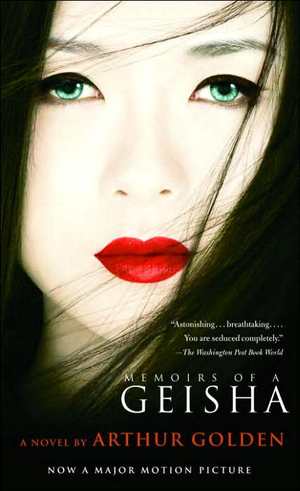 Memoirs ​of a Geisha Arthur Golden
35

Arthur Golden - Memoirs ​of a Geisha
A ​seductive and evocative epic on an intimate scale, that tells the extraordinary story of a geisha girl. Summoning up more than twenty years of Japan's most dramatic history, it uncovers a hidden world of eroticism and enchantment, exploitation and degradation. From a small fishing village in 1929, the tale moves to the glamorous and decadent heart of Kyoto in the 1930s, where a young peasant girl is sold as servant and apprentice to a renowned geisha house. She tells her story many years later from the Waldorf Astoria in New York; it exquisitely evokes another culture, a different time and the details of an extraordinary way of life. It conjures up the perfection and the ugliness of life behind rice-paper screens, where young girls learn the arts of geisha - dancing and singing, how to wind the kimono, how to walk and pour tea, and how to beguile the most powerful men. 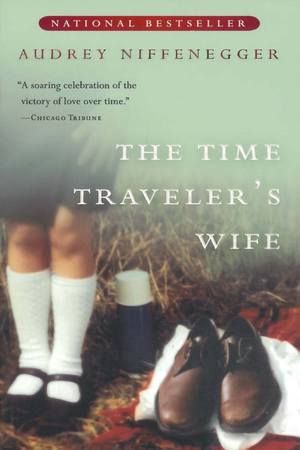 Audrey Niffenegger - The ​Time Traveler's Wife
A ​dazzling novel in the most untraditional fashion, this is the remarkable story of Henry DeTamble, a dashing, adventuresome librarian who travels involuntarily through time, and Clare Abshire, an artist whose life takes a natural sequential course. Henry and Clare's passionate love affair endures across a sea of time and captures the two lovers in an impossibly romantic trap, and it is Audrey Niffenegger's cinematic storytelling that makes the novel's unconventional chronology so vibrantly triumphant. An enchanting debut and a spellbinding tale of fate and belief in the bonds of love, The Time Traveler's Wife is destined to captivate readers for years to come. 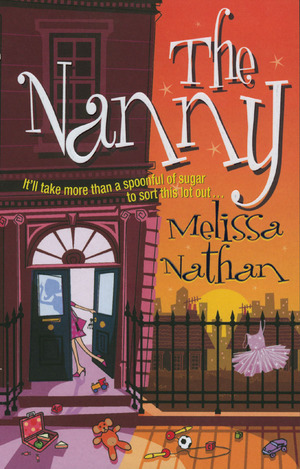 Melissa Nathan - The ​Nanny
Twenty-three-year-old ​Jo Green knows that if she has to spend one more night in ultra-provincial Niblet-Upon-Avon she'll go completely bonkers! So she answers an ad in the paper, bids her devoted boyfriend Shaun adieu, and heads off to the big city. With a new job that offers excitement; a cool car; and her own suite with a TV, DVD player, and a cell phone, how can she go wrong? Then she meets . . . the Fitzgeralds -- Dick and Vanessa and their unruly brood of rugrats who have suddenly been entrusted into Jo's care. There's eight-year-old "psycho-babe" Cassandra; bloodthirsty Zak, the six-year-old Terminator; and timid little Tallulah. So what else could go wrong? How about the arrival of Dick's children from his first marriage: teenage Toby and (gulp!) all-grown-up-and-very-nicely-at-that Josh the accountant? And now that she has to temporarily share her room with Josh, Jo's head is really in a spin -- because with her hometown beau still in the picture and a sexy possibility sleeping just a foot away, life has suddenly gotten very complicated indeed! 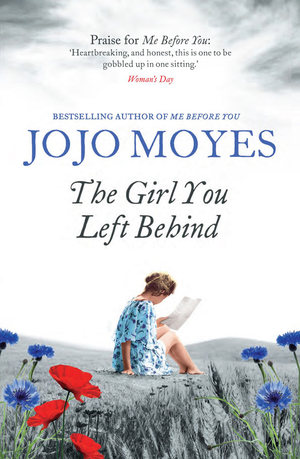 The ​Girl You Left Behind Jojo Moyes
11

Jojo Moyes - The ​Girl You Left Behind
In ​1916 French artist Edouard Lefevre leaves his wife Sophie to fight at the Front. When her town falls into German hands, his portrait of Sophie stirs the heart of the local Kommandant and causes her to risk everything - her family, reputation and life - in the hope of seeing her true love one last time. Nearly a century later and Sophie's portrait is given to Liv by her young husband shortly before his sudden death. Its beauty speaks of their short life together, but when the painting's dark and passion-torn history is revealed, Liv discovers that the first spark of love she has felt since she lost him is threatened... In The Girl You Left Behind two young women, separated by a century, are united in their determination to fight for the thing they love most - whatever the cost.

M. R. Carey - The ​Girl With All the Gifts
Melanie ​is a very special girl. Dr Caldwell calls her 'our little genius'. Every morning, Melanie waits in her cell to be collected for class. When they come for her, Sergeant keeps his gun pointing at her while two of his people strap her into the wheelchair. She thinks they don't like her. She jokes that she won't bite, but they don't laugh. Melanie loves school. She loves learning about spelling and sums and the world outside the classroom and the children's cells. She tells her favourite teacher all the things she'll do when she grows up. Melanie doesn't know why this makes Miss Justineau look sad. THE GIRL WITH ALL THE GIFTS is a terrible, wonderful, heart-breaking story about hope and humanity and a little girl who tries to save the world. 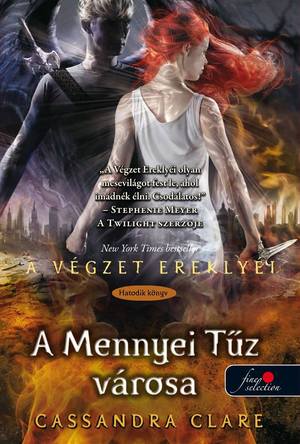 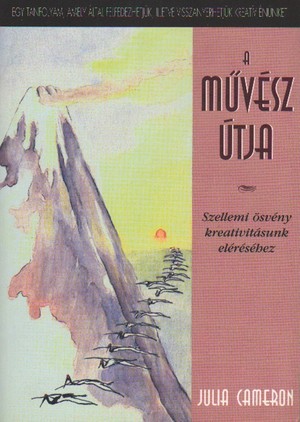