Jan Sovak - Prehistoric ​Mammals
Forty-one ​highly detailed, accurately rendered illustrations of ancient animals include the Megistoterium, one of the largest flesh-eating mammals that ever lived; the Smilodon, largest of saber-toothed tigers; the giraffe-like Indricotherium that browsed on treetops, and many more — all royalty-free. Captions.

Aspects ​of the Design, Production and Use of Textiles... Ismeretlen szerző
1

Ismeretlen szerző - Aspects ​of the Design, Production and Use of Textiles and Clothing from the Bronze Age to the Early Modern Era
The ​North European Symposium for Archaeological Textiles (NESAT) was founded in 1981 as a discussion forum between various disciplines: textile archaeologists, historians, art historians, natural scientists, conservators and craftspeople. The 12th symposium was organized by the Natural History Museum Vienna from 21st to 24th May 2014 in Hallstatt, Austria. The archaeological heritage of Hallstatt as well as the flora and fauna of the whole region is designated in the UNESCO World Heritage list. The conference volume contains 35 scientific papers grouped into seven chapters. The first chapters introduce Austrian textile research and prehistoric textile finds from Europe. The main corpus of articles deals with textiles and clothing from early medieval to the early modern period, their archaeological research, experiments and art historical context. Five papers focus on tools and textile production, object-based research as well as experimental archaeology and investigation of written sources. The chapter “Specific analyses” embraces interdisciplinary research including dyestuff analysis, isotopic tracing and a drawing system for archaeological textile finds from graves. The book, therefore, provides a wealth of information on recent research being undertaken into archaeological textiles from sites in Central and Northern Europe.

Ismeretlen szerző - Persistent ​Economic Ways of Living
This ​edited volume focuses on long-term economic structures reflected in material culture, analysing the emergent processes that affected production mechanisms and embedded economic behaviour. It focuses on approaches and methods for ascertaining levels of societal complexity through the detection of the character and aspects of basic economic processes (involving food production, redistribution, exchange, and specialisation) common for most past European societies. The volume shows different ways in which we can approach these processes. From the more traditional methods like artefacts studies, comparative analysis of analogies and ethnographic parallels we are able to infer and develop theoretical models applied and tested through modern methods of computer modelling and social simulation. The wide range of presented papers allows a synthetic review of socio-economic developments throughout the long period from Late Prehistory to the Middle Ages against the background of spatial or social structures at a supra-regional level. The contributions included in this volume are believed to constitute a useful starting point for similar studies that try to combine long-term analysis with short-term developments transcending spatial and chronological barriers from a comparative perspective and bring together different research experiences. 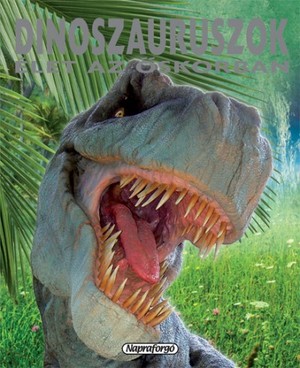 The ​Language of the Goddess Marija Gimbutas
3

Marija Gimbutas - The ​Language of the Goddess
In ​this magnificently illustrated volume, foremost archeologist and prehistorian Marija Gimbutas brings prepatriarchal civilization to vibrant life. Pioneering in archaeomythology - the interdisciplinary field based on archaeology, comparative mythology, and folklore - Gimbutas unequivocally establishes the existence of a Goddess religion in Neolithic Europe with its roots in the Paleolithic. Through the interpretation of images and symbols, she reveals the basic worldview of these ancient European matriarchal cultures and decodes the symbolic language that has remained embedded in our civilization. This most complete rendering of our nature-embracing ancestral culture resurrects a lost world that is the authentic genesis of our Western heritage. Here is a 'pictorial script' of the prehistoric Goddess religion that clearly demonstrates how our ancestors lived a life united with nature. As Joseph Campbell concludes in his foreword, 'The message here is of an actual age of harmony and peace in accord with the creative energies of nature which anteceded the six thousand years of what James Joyce has termed the "nightmare" from which it is time for the planet to wake.' Illustrated with nearly 2000 symbolic artifacts - sculptures, figurines, temple models, frescoes, vases, sacrificial containters - _The Language of the Goddess_ forges a framework that supports the recovery of a long-suppressed portion of our European heritage. These Old European images and symbols assert that the parthenogenic (self-fertilizing, creating from herself) Goddess is the most persistent feature in the archaeological record of the ancient world. The Goddess in all her manifestations was a symbol of the unity of all life in nature. Her power was in water and stone, in cave and tomb, in animals and birds in hills, trees and flowers. She was perceived as the personification of all that was sacred and mysterious on Earth. Her main functions were life-giving, death-wielding, and regenerative. Gimbutas's magnum opus takes the existence of the Goddess-worshipping, earth-centred, egalitarian and non-violent cultures out of the realm of speculation into that of documented fact. Marija Gimbutas is a professor of European archaeology at the University of California, Los Angeles and the curator of Old World archaeology at the UCLA Cultural History Museum. She is the author of more than twenty books, including _Goddesses and Gods of Old Europe,_ Thames and Hudson, 1974 and more than 200 articles on subjects ranging from East European prehistory and mythology to the origins of the Indo-Europeans. 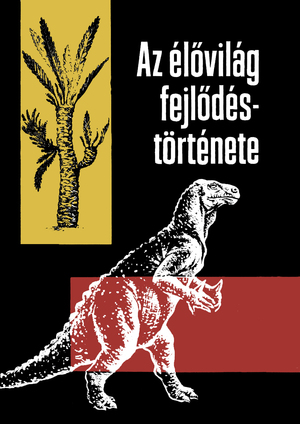 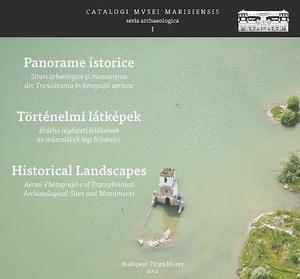 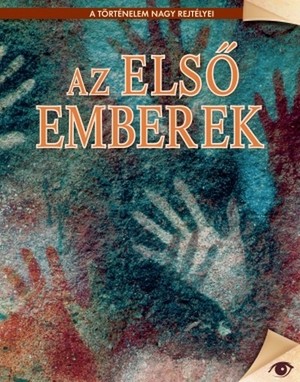 Brian Fagan - Cro-Magnon
Cro-Magnons ​were the first fully modern Europeans-not only the creators of the stunning cave paintings at Lascaux and elsewhere, but the most adaptable and technologically inventive people that had yet lived on earth. The prolonged encounter between the Cro-Magnons and the archaic Neanderthals and between 45,000 and 30,000 years ago was one of the defining moments of history. The Neanderthals survived for some 15,000 years in the face of the newcomers, but were finally pushed aside by the Cro-Magnons' vastly superior intellectual abilities and cutting-edge technologies, which allowed them to thrive in the intensely challenging climate of the Ice Age. What do we know about this remarkable takeover? Who were the first modern Europeans and what were they like? How did they manage to thrive in such an extreme environment? And what legacy did they leave behind them after the cold millennia? The age of the Cro-Magnons lasted some 30,000 years-longer than all of recorded history. Cro-Magnon is the story of a little known, yet seminal, chapter of human experience. 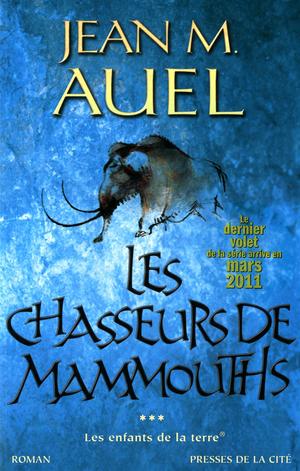 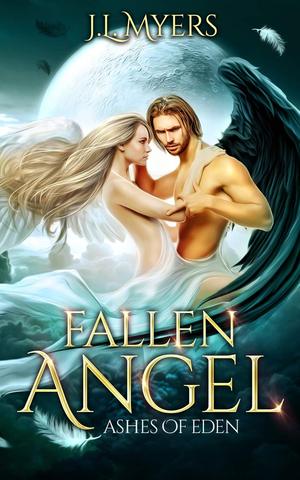 J. L. Myers - Ashes ​of Eden
Lucifer ​was the brightest archangel of them all…until he fell in love. Before Earth there was Heaven, a place of immortality and subservience where angels existed to watch the world transform. Until one angel changed everything. Stripped of his essence, flesh replaced light, and the weight of Lucifer’s new wings bore down on him like a burden…until he saw her. By his side since the dawn of time, Gabriel was Lucifer’s closest companion in brilliant light. But seeing her in the flesh changed him. Lucifer can’t look away. And not because she’s perfection personified. Beyond Gabriel’s cascading hair, porcelain skin, and blushed lips, her silvery eyes are the windows to her very soul and her eternal hope—even for an unworthy angel like him. And Lucifer is unworthy. His thoughts of her alone are a sin. The intimate acts he imagines committing with her could cost him more than his place amongst the archangels. But he can’t stop how he feels when she looks at him. When Gabriel’s gentle hand lays flat over Lucifer’s chest, his heart beats faster…for her. Controlling Lucifer’s forbidden desires will be impossible, but giving in to them could cost him the one being he can’t live without. New Adult/Paranormal Romance/Angel/Demon Warning - This book contains some language and sexual situations. 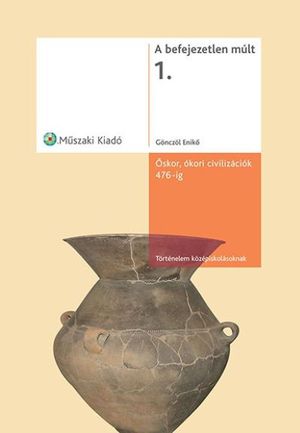 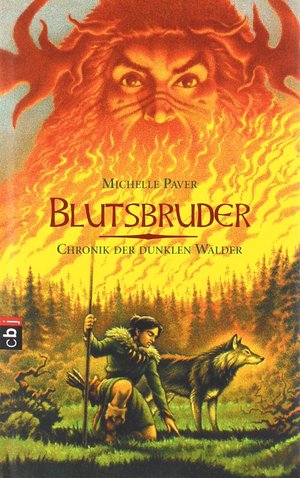 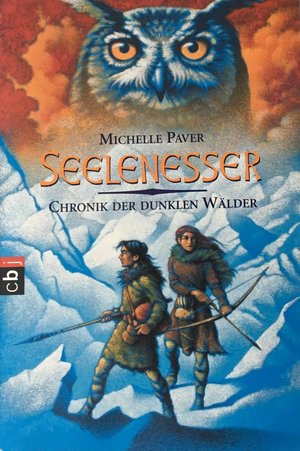 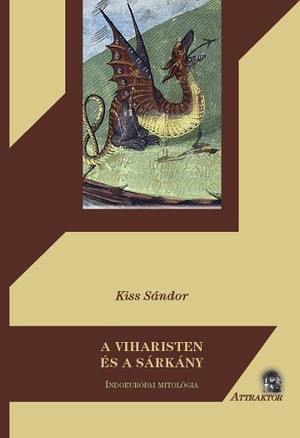 Networks ​and Netwars: New perspectives on the Late... Horváth Tünde
1

Horváth Tünde - Networks ​and Netwars: New perspectives on the Late Copper Age and Early Bronze Age
In ​this study the author discusses the typo-chronological correlation of ceramic production of a conventional ‘Late Copper Age’ ‘Boleraz/Baden’-type settlement excavated at Balatonoszod–Temetoi dulo (Zala region, western Hungary). By assessing the ceramic vessels and sherds, which came to light in large numbers, the excavator establishes a typological system for the settlement and correlates it with known Boleraz and Baden classification systems. Overall the study reassesses the relative and absolute chronological problems of the Late Copper Age and the Early Bronze Age in modern-day Hungary and suggest a new typo-chronological system based on the excavation at Balatonoszod–Temetoi dulo. In addition, the research also supplements the typological and settlement historical results already known from the site with other dating methods, such as thermoluminscence/optical luminescence.