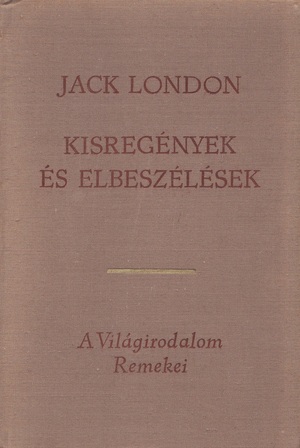 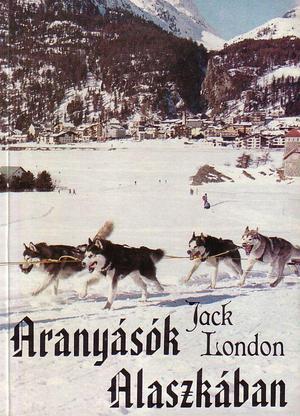 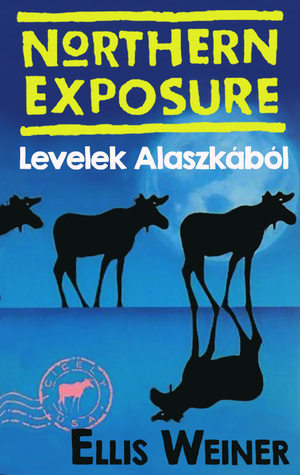 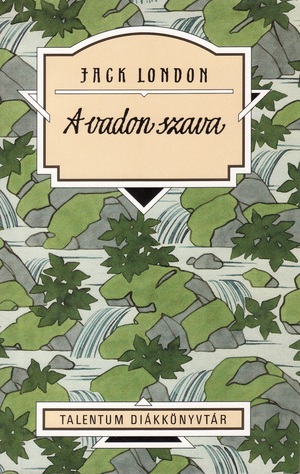 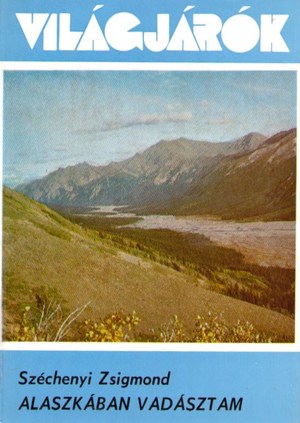 Jack London - White ​Fang
A ​classic adventure novel detailing the savagery of life in the northern wilds. Its central character is a ferocious and magnificent creature, half dog, half wolf, through whose experiences we feel the harsh rhythms and patterns of wilderness life among animals and men. 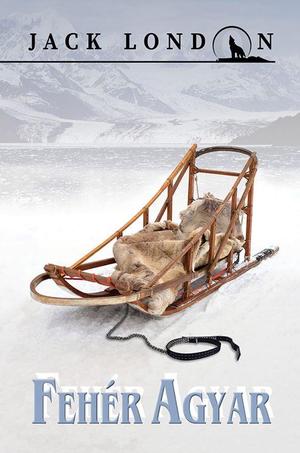 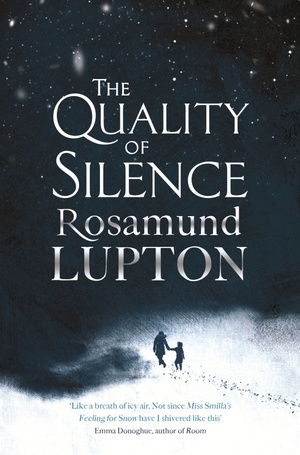 The ​Quality of Silence Rosamund Lupton
0

Rosamund Lupton - The ​Quality of Silence
On ​24 November Yasmin and her ten-year-old daughter Ruby set off on a journey across Northern Alaska. They're searching for Ruby's father, missing in the arctic wilderness. More isolated with each frozen mile they cover, they travel deeper into an endless night. And Ruby, deaf since birth, must brave the darkness where sight cannot guide her. She won't abandon her father. But winter has tightened its grip, and there is somebody out there who wants to stop them. Somebody tracking them through the dark. The ​Call of the Wild Jack London
2

Jack London - The ​Call of the Wild
In ​this quintessential adventure story, Jack London takes readers on an arduous journey through the forbidding Alaskan landscape during the gold rush of the 1890s. Buck, a rangy mixed breed used to a comfortable, sun-filled life as a family dog, is stolen by a greedy opportunist and sold to dog traffickers. In no time, Buck finds himself on a team of sled dogs run ragged in the harsh winter of the Klondike. In a climate where every day is a savage struggle for survival, the last traces of Buck's soft, pampered existence are erased as his dormant primordial urges — deeply embedded for generations — are brutally awakened. The superb detail, taken from London's firsthand knowledge of Alaskan frontier life, makes this classic tale as gripping today as it was almost a hundred years ago. No other novel has so clearly shown the fragile separation between tame and wild, between man and beast. Now, paired with master illustrator Wendell Minor's exquisite paintings, this timeless story is available in a handsome new addition to the Scribner Illustrated Classics collection. 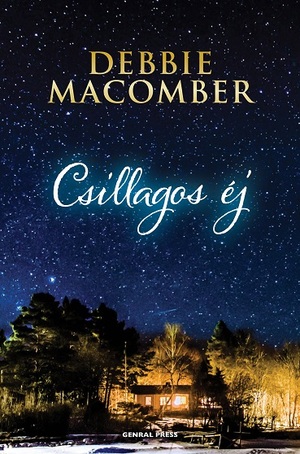 Jonathan Raban - Passage ​to Juneau
Inside ​Passage tells the story of Jonathan Raban who sets out alone in his own boat to sail from his Seattle home to the Alaska Panhandle, he wants to decode the many riddles and meanings of the seas in Indian art and mythology in the journals of Vancouver and his officers. 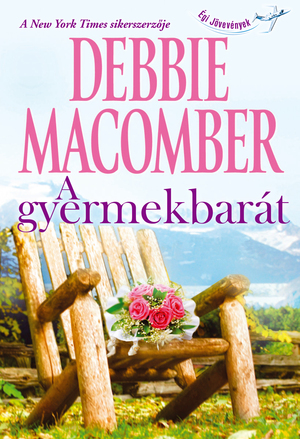 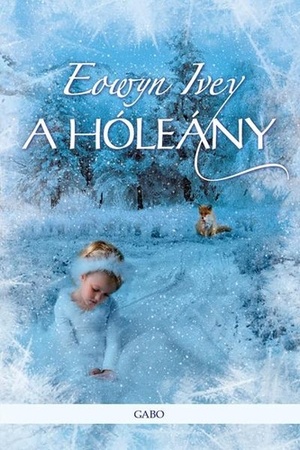 David Roberts - Escape ​from Lucania
In ​1937, Mount Lucania was the highest unclimbed peak in North America. Located deep within the Saint Elias mountain range, which straddles the border of Alaska and the Yukon, and surrounded by glacial peaks, Lucania was all but inaccessible. The leader of one failed expedition deemed it "impregnable." But in that year, a pair of daring young climbers would attempt a first ascent, not knowing that their quest would turn into a perilous struggle for survival. "Escape from Lucania" is their remarkable story. Classmates and fellow members of the Harvard Mountaineering Club, Brad Washburn and Bob Bates were two talented young men -- handsome, intelligent, and filled with a zest for exploring. Both were ambitious climbers, part of a small group whose first ascents in the great mountain ranges during the 1930s and 1940s changed the face of American mountaineering. Setting their sights on summitting Lucania in the summer of 1937, Washburn and Bates put together a team of four climbers for the expedition. But when Bates and Washburn flew to the Walsh Glacier at the foot of Lucania, they discovered that freakish weather conditions had turned the ice to slush. Their pilot was barely able to take off again alone, and there was no question of returning with the other two climbers or more supplies. Washburn and Bates found themselves marooned on the glacier, more than a hundred miles from help, in forbidding and desolate territory. Eschewing a trek out to the nearest mining town -- eighty miles away by air -- they decided to press ahead with their expedition. "Escape from Lucania" recounts Washburn and Bates's determined drive toward Lucania's 17,150-foot summit under constant threat ofavalanches, blinding snowstorms, and hidden crevasses. Against awesome odds they became the first to set foot on Lucania's peak, not realizing that their greatest challenge still lay beyond. Nearly a month after being stranded on the glacier and with their supplies running dangerously low, they would have to navigate their way out through uncharted Yukon territory, racing against time as the summer warmth caused rivers to swell and flood to unfordable depths. But even as their situation grew more and more desperate, they refused to give up. "Escape from Lucania" tells this amazing story in thrilling and vivid detail, from the climbers' exultation at reaching the summit to their darkest moments confronting seemingly insurmountable obstacles. It is a tale of awesome adventure and harrowing danger. But above all it is the story of two men of extraordinary spirit, inspiring comradeship, and great courage. Today Washburn and Bates, now in their nineties, are legends in climbing circles. Bates co-led 1938 and 1953 expeditions to K2, the world's second-highest mountain. Washburn, whose record of Alaskan first ascents is unmatched, became founding director of Boston's Museum of Science and is one of the premier mountain photographers in the world. Some of his remarkable images from the 1937 Lucania expedition are included in this book. 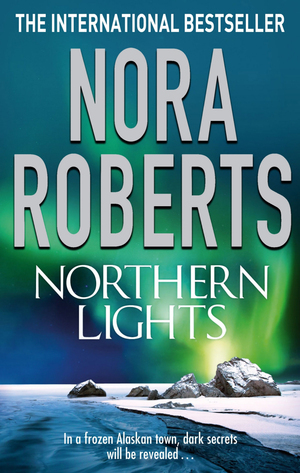 Nora Roberts - Northern ​Lights
Lunacy, ​Alaska - population 506 - is Nate Burke's last chance. As a Baltimore cop, he had watched his partner die - and the guilt still haunts him. Maybe serving as Chief of Police in this tiny, remote town, where darkness falls by mid-afternoon and temperatures fall to below zero, will bring some kind of solace. It isn't as if he has anywhere else to go. Aside from sorting out a run-in between a couple of motor vehicles and a moose - and pulling apart two brothers fighting over John Wayne's best movie - Nate's first weeks on the job are relatively quiet. But as he wonders whether this was all a big mistake, an unexpected kiss from feisty bush pilot Meg Galloway under the brilliant Northern Lights of the Alaska sky lifts his spirit - and convinces him to stay just a little longer... Born and raised in Lunacy, Meg has learned to be independent. But there's something about Nate's sad eyes that gets under her skin, and warms her frozen heart. However, when two climbers find a corpse on the mountain, Nate discovers that Lunacy isn't quite the sleeply little backwater he imagined... Into ​the Wild Jon Krakauer
17

Jon Krakauer - Into ​the Wild
By ​examining the true story of Chris McCandless, a young man, who in 1992 walked deep into the Alaskan wilderness and whose SOS note and emaciated corpse were found four months later, internationally bestselling author Jon Krakauer explores the obsession which leads some people to explore the outer limits of self, leave civilization behind and seek enlightenment through solitude and contact with nature. 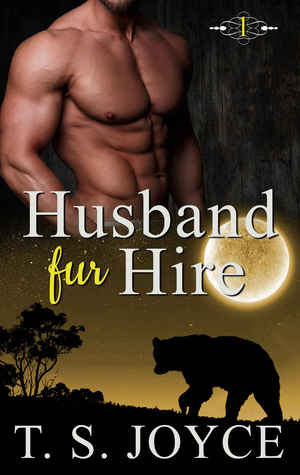 T. S. Joyce - Husband ​Fur Hire
Elyse ​Abram is desperate. On the wrong side of a relationship with a man who has lost his mind, she’s making big changes, starting with being utterly done with love. But life on her Alaskan homestead is too hard to handle alone, so she’s got a plan. Hire a husband. No romance, no emotions, just a marriage certificate that will tie an able-bodied man to her. But when a strapping giant of a man shows up on her doorstep and gives her all the right answers, leaving romance off the table might prove harder than she thought. Too bad the growl in her new helpmate’s throat and his careful way with explanations have her thinking she’s stepped into something much bigger than she bargained for. Dominant grizzly shifter, Ian Silver, has a job to do. One of the local werewolves is on a violent bender, and as a shifter enforcer, Ian has an order to put him down. But when his mark begs him to check on the woman he hurt, Ian can’t help his curiosity. One meeting with Elyse and his shock nearly doubles him over. A husband for hire? Hell no. Forget his protective instincts and his inability to stay away from the beguiling woman. He would make a terrible mate and besides…what Elyse doesn’t know about him could kill her. A full-length first book in T. S. Joyce’s brand new Bears Fur Hire series. Content Warning: Explicit love scenes, naughty language, and piles of sexy shifter secrets. Intended for mature audiences 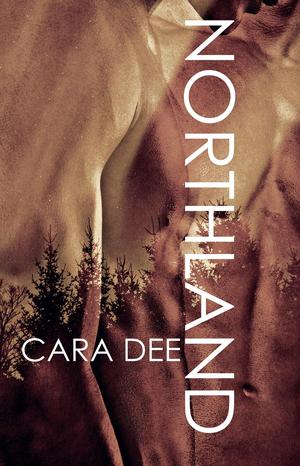 Cara Dee - Northland
Two ​years ago, Logan Ward got the surprise of his life when he discovered he was the father of a two-year-old boy. Professionally and romantically adrift, he devoted all his time and energy to caring for his son. But now he’s searching for something more, and he and Justin head north to Alaska to try out the life his best friend Quinn has been raving about. Kyle Shaw has been living off the land his whole life, comfortable with nature and the challenges of surviving in the Alaskan wilderness. He enjoys his seasonal work at the O’Connor Adventure Retreat and is looking forward to this year’s stint. He’s not in the market for anything more than hard work, good friends, and reasonably priced milk. The work brought Logan to Alaska, but a late-night encounter with Kyle opens his mind to the possibilities of a future richer than any paycheck. 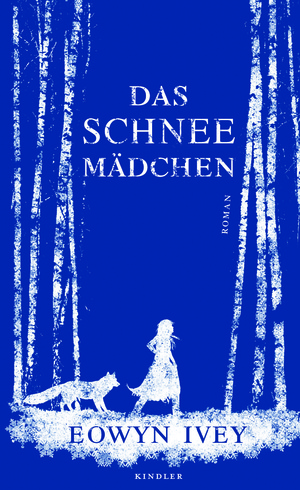 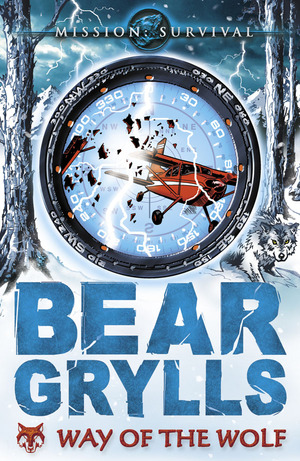 Way ​of the Wolf Bear Grylls
2

Bear Grylls - Way ​of the Wolf
Stranded ​in Alaska! Beck Granger and his anthropologist uncle are on their way to visit Anakat Village, home to one of the native peoples of Alaska, when their tiny plane crashes in the Alaskan wilderness. With his uncle badly injured and the plane way off its original flight path, Beck realises he can't wait around for rescue. He needs to get help - and fast! Together with his new friend, Tikaani, Beck sets off through bear country and up towards the mountains that block his way to civilisation. Can Beck keep himself and Tikaani alive as they ford a dangerous river, find food to keep their strength up and dig a snow cave in which to weather an ice storm? A tense and exciting struggle for survival with real survival details and gruesome tips!