Michael Wright - An ​Introduction To Mixed Media
Turn ​the pages of An Introduction to Mixed Media -- and discover an exciting art course that teaches you how to combine a variety of versatile and expressive media. an Introduction to Mixed Media is a practical guide to a range of artistic techniques. More than 300 photographs guide the beginner through a series of exercises designed to teach all the essentials of working in mixed media. Revealing projects focus on professional works of art, all shown in the making so novices can follow the creative process step-by-step. Unique gallery pages display works of masters -- pictures that will instruct and inspire every student of art. Packed with specially commissioned artworks, clear instruction, and easy-to-follow exercises, The DK Art School offers idea courses for "armchair" art students. The DK Art School series is a new way to learn, improve, or master drawing and painting skills. Carefully constructed courses ensure that you gain both the confidence and the know-how to create imaginative, beautiful pictures. With individual volumes on subjects like still life, portraiture, or landscape, in specific media such as oil, watercolor, or acrylic, The DK Art school series offers something for everyone, and builds into a unique collection of practical art books.

Uwe Jourdan - Oriental ​Rugs - Turkoman
This ​book presents and discusses a range of collectors' pieces and covers ordinary rugs, not just the unobtainable classic examples, thus including many affordable items from the large range produced. It is suitable for both the specialist and the novice, providing both a record of Turkoman weaving and a lesson in connoisseurship. 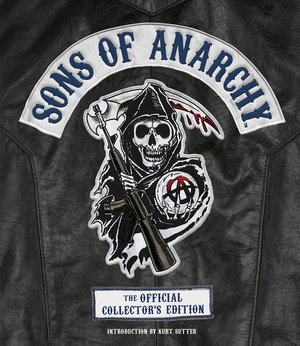 Tara Bennett - Sons ​of Anarchy: The Official Collector's Edition
Go ​inside the clubhouse and behind the scenes of the #1 smash hit FX television show "Sons of Anarchy" with this official book, the only one officially sanctioned by the show's creator and FX, which offers the definitive insider's guide to all seven seasons, including the series' memorable final episode. _Sons of Anarchy: The Official Collector's Edition_ is an awesome tribute to the Teller-Morrow family. Inside you'll find: An introduction by and interviews with Kurt Sutter, series creator on how the show came to be Revealing interviews with the cast, including Charlie Hunnam (Jax), Katey Sagal (Gemma), Maggie Siff (Tara), Ryan Hurst (Opie), Theo Rossi (Juice), Kurt Sutter (Otto), and more "Creating the Chaos:" an all-access tour of the sets, the bikes, the tattoos, and much more The actors' most memorable scenes and moments, in their own words An oral history of the pivotal Season 6 finale "A Mother's Work" A look back at Season 7, the series' end and the Teller family legacy Complete with a deluxe package, and hundreds of striking full-color photographs throughout, _Sons of Anarchy: The Official Collector's Edition_ is the must-have book for any "Sons of Anarchy" fan. 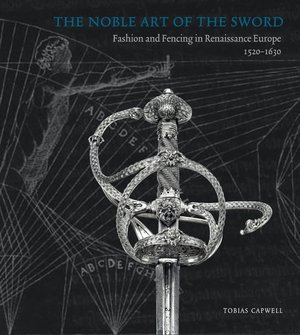 The ​Noble Art of the Sword Tobias Capwell
1

Tobias Capwell - The ​Noble Art of the Sword
Since ​the early Bronze Age the sword has been a sign of wealth, status and the power of divine right. Yet, before the sixteenth century the sword was almost never carried on the person in everyday life. It was a rare, noble weapon, carried into battle by the aristocratic warrior class but set aside in time of peace. However, the increasing prominence of the Renaissance middle classes brought a fundamental change to the sword's place in society. Now large numbers of non-noble but often wealthy and upwardly mobile people could also afford rich things like fine clothes, jewelry and weapons. Accompanying a major international exhibition at the Wallace Collection, London (17 May – 16 September 2012), this catalogue celebrates this artistic and cultural importance of the sword, as a symbol of power and prestige, as a flamboyant fashion statement and as an icon in the Age of Discovery. It will feature weapons and related works of art from the Wallace Collection as well as other great collections of arms and armour; never-before-seen works on fencing drawn from the library of the 8th Lord Howard de Walden; and portraits, prints and drawings that will help place the Renaissance civilian sword in its social and artistic context. Dr Tobias Capwell, Curator of Arms and Armour in the Wallace Collection, is an internationally-acknowledged expert on medieval and Renaissance arms and armour. Founding member of the Royal Armouries jousting team, Tobias became Queen's Champion by winning the Royal Armouries Queen's Golden Jubilee joust in 2006. He is the author of a numerous publications, including the recently published Masterpieces of European Arms and Armour in the Wallace Collection (2011), The Worldwide Encyclopedia of Knives, Daggers and Bayonets (2009) and The Wallace Collection: A Celebration of Arms and Armour at Hertford House (2008). "... And the compulsively readable catalogue is packed with new and mostly unpublished material." The Telegraph, 14 May 2012 "The various chapters are both informative and decorative with a plentiful use of illustrative material culled from early litterature on the art of fencing." Birmingham Post, 19 July 2012 "Words cannot adequately describe the skill and artistry employed by the jewelers, damasceners, enamelers, gilders and burnishers who produced the splendid swords shown in the pages of this book. I recommend The Noble Art of the Sword for this reason alone." Toy Soldier & Model Figure, October 2012 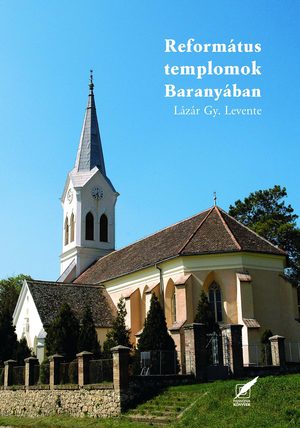 Anne Verlhac - David Thomson - Marilyn ​Monroe
Marilyn ​Monroe. Her very name hints at promise and excitement. She was almost too much - just too beautiful, her face a mask of make-up, her body too provocative, her white skirt flying up around her thighs in a sudden gust of air. With her mouth half-open and her eyes half-closed she is frozen in time, the very anticipation of pleasure. So much for the stereotype that has already travelled around the world several times - no doubt there is a lot more mileage in it. Yet there is so much more to see and to learn about than this overused, overworked, and depressingly vulgar cliché. Another face needs to be revealed, the one behind the mask, bare of make-up, fragile, exposed and moving. Look carefully and you will glimpse a very different Marilyn, the one left behind when the glamorous mask fell and the woman within shone through: a complex woman and a born artist. _Marilyn Monroe: A Life in Pictures_ pays tribute to a Marilyn far removed from the famous construct, from the knee-jerk film-star poses, the commercial, staged images at which she was so adept. The 150 original or unpublished images in this book are the result of ambitious research, selected with the aim of casting a fresh light on the life of this unique star and revealing her moving humanity. The search was for the real Marilyn, not the sex symbol illusion. If this book succeeds in conveying the extraordinary vitality that emanated from young Norma Jean, despite her flaws and the tragedies that befell her, if it manages to portray the extraordinary light that radiated from her and illuminated her beauty from within, if it finally puts an end to the image of the peroxide doll and little-girl-lost, and instead reveals her as an intelligent, headstrong, talented and generous woman, then it will have made a small contribution to her memory and reputation. But we have said enough. Let these images of Marilyn say the rest. 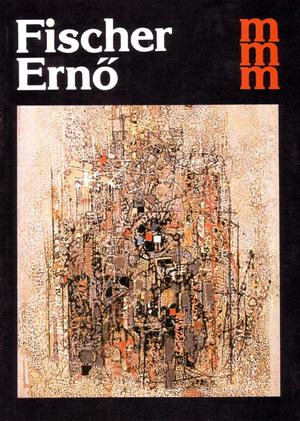 Ismeretlen szerző - Essential ​Visual History of the Bible
From ​the creators of the enormously successful National Geographic Visual History of the World, this insightful new resource is a veritable Who’s Who of the Bible and a vivid introduction to Judeo-Christian belief and identity. The National Geographic Essential Visual History of the Bible encapsulates a wealth of knowledge in an appealing, pocket-size format. Encompassing both the Old and New Testaments in more than 200 sections of self-contained, interactive spreads, it offers a wide array of text elements and vivid imageryק,000 illustrations in all. Organized into six major sections, the book covers Old Testament eras from the patriarchs to the Babylonian captivity, and New Testament history from the 12 apostles to the epistles of Paul. The book’s reference value is enhanced by fact-filled sidebars and timelines; numbered picture references that match each image with its historical context; and cross references to related topics at the bottom of every page. The Bible and religion have proved to be popular topics, and this latest offering—complemented by National Geographic’s successful "Mysteries of the Bible" TV series—is an essential resource for families, students, and scholars. Irresistibly priced at just $15.95 for a 500-plus-page hardcover with 1,000 illustrations, this handy little treasure will find a broad and appreciative market. 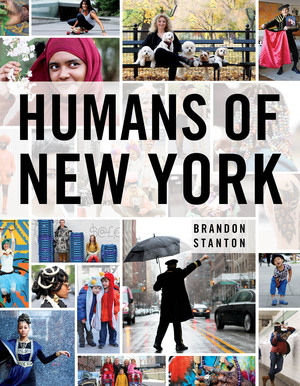 Brandon Stanton - Humans ​of New York
Based ​on the blog with more than a million loyal fans, a beautiful, heartfelt, funny, and inspiring collection of photographs and stories capturing the spirit of a city Now an instant #1 New York Times bestseller, Humans of New York had humble beginnings in the summer of 2010, when photographer Brandon Stanton set out to create a photographic census of New York City. Armed with his camera, he began crisscrossing the city, covering thousands of miles on foot, all in an attempt to capture New Yorkers and their stories. The result of these efforts was a vibrant blog he called "Humans of New York," in which his photos were featured alongside quotes and anecdotes 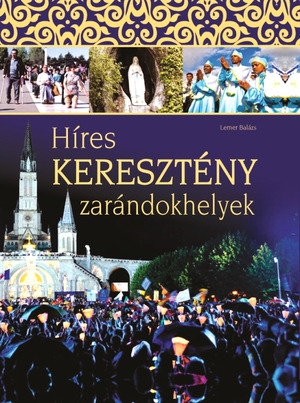 Josie Rusher - Taylor ​Lautner
Not ​all of Twilight’s male hotties are vampires! Taylor Lautner, who plays the werewolf Jacob Black, is about to hit new heights of superstardom. That’s because New Moon, the next film adaptation in the popular series, will uncover his story. So it’s time for fans to learn more about this appealing actor. Taylor Lautner Me & You follows Taylor from his early days in TV commercials to his appearances in 3D movies and, finally, to the role of a lifetime. Read all about his loves, interests, passion for acting, and feelings about being a heartthrob. There’s also plenty of inside gossip on New Moon, of course - and a free full colour pull-out poster, too! A bit more about Taylor Taylor Daniel Lautner (born February 11, 1992 in Grand Rapids, Michigan) is an American actor and martial artist who is perhaps best known for his 2005 performances in the family films The Adventures of Sharkboy and Lavagirl in 3-D, Cheaper by the Dozen 2, and as Jacob Black in the Twilight movies. Taylor began acting in 2001, appearing in the made-for-television film Shadow Fury. He subsequently had roles on the series Summerland, The Bernie Mac Show, and My Wife and Kids. He appeared as himself in America's Most Talented Kids, putting on an exhibition of his Martial Arts skills. In addition to television, he has been very successful in voice-over work. He has booked a recurring role as Youngblood on the cartoon Danny Phantom, and has recorded episodes of What's New, Scooby-Doo? and He's a Bully, Charlie Brown. His big break came in 2005 when, at the age of thirteen, Lautner won the role of Shark Boy in the Robert Rodriguez film, The Adventures of Sharkboy and Lavagirl in 3-D, a film that showcased his martial arts skills. Lautner played Native American character Jacob Black in Twilight, the movie adaptation of the novel by Stephenie Meyer. Due to major physical changes that occur in the character of Jacob Black throughout the series, the director of Twilight's sequel, New Moon, considered replacing Lautner with a different actor in the second film. In an attempt to keep the role, Lautner weight-trained excessively and gained approximately 30 pounds. Lautner will be reprising his role as Jacob in New Moon. Lautner has also been cast in the film Valentine's Day as Tyler Harrinton.

Lucia Gahlin - Lorna Oakes - Ancient ​Egypt
Two ​informative and highly illustrated books in one gift set, charting the mythology and religion of ancient Egypt over 3000 years, and exploring the temples, tombs and treasures of the world's first great civilization. 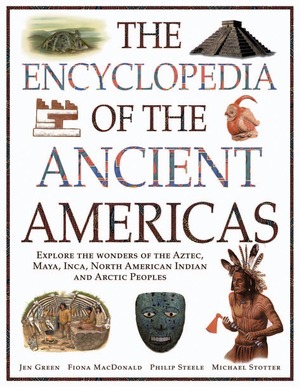 Jen Green - Fiona McDonald - Philip Steele - Michael Stotter - The ​Encyclopedia of the Ancient Americas
Discover ​all about the everyday lives of early American peoples by investigating in turn the lost civilizations of the Aztec, Maya, and Inca peoples and the enduring Arctic and Native American Indian cultures of the North. 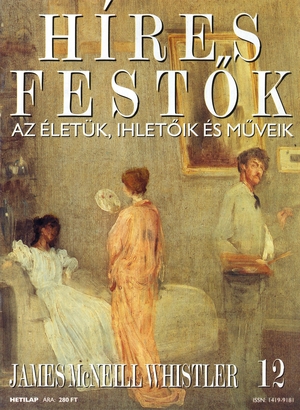 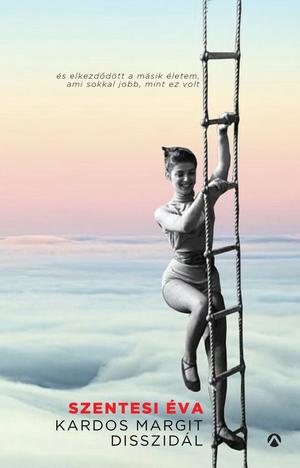